We are truly head over heels for Courteney Cox’s romance with Derry man Johnny McDaid.

The couple, who is said to be planning an Irish wedding, couldn’t be more loved up. And the Friends star proved this when she wished her man a happy birthday.

She took to Instagram to share a carousel of shots of the two of them enjoying some sweet moments over the last year.

She even included their best friend, Ed Sheeran as they partied together at Latitude Festival.

“Happy birthday to my multitalented Johnny! He may be getting older (kinda) but watching him play never does. I love you J,” she gushed.

Earlier this year, Courteney couldn’t help but praise Johnny as she opened up about their relationship.

Speaking with PEOPLE Magazine she said: “I’ve learned that love is precious. As I’ve gotten older, I’ve realised that.”

Courteney had nothing but good things to say about her fiancé describing him as: “A poet and a writer. He’s just so smart, and I find that really sexy. And then he is gorgeous.”

So is there a wedding on the way soon? The pair got engaged a year after they first met in 2013 and although they stayed together they did ultimately call off the engagement.

Speaking about potential wedding plans in their future Courteney said: “I just don’t think about it,” adding that she isn’t “opposed” to the idea but that it just isn’t a priority right now.

Speaking on The Ellen DeGeneres Show she shared: “Isn’t that strange? We broke off our engagement and he moved to England, then we got back together, and it’s actually better than it was before. Everything is better.”

However, rumours have swirled that the pair do intend to make it down the aisle sometime soon in Johnny’s native Derry. 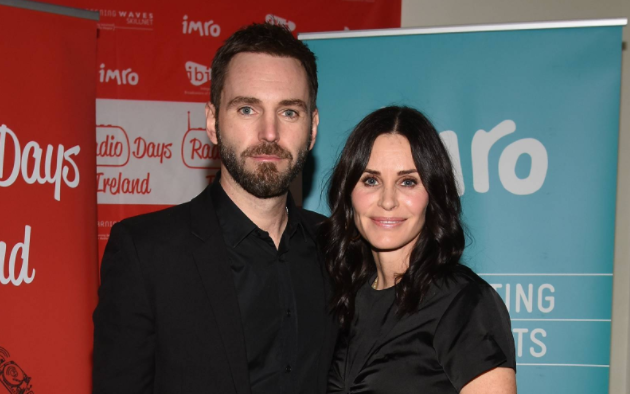