Hunky musician Bressie was on the red carpet last night for the Irish Premiere of award-winning show Top Hat – but it was his mum who joined him as his date on the night rather than his model girlfriend Roz Purcell.

The Voice of Ireland star, real name Niall Breslin, looked effortlessly cool in a black tee and jeans combo, and was accompanied by his beaming mother Mandy as they attended the opening night of the three-time Olivier Award winning show.

The former Blizzards frontman was also joined by his sister Andrea on the night, making the premiere a Breslin family night out.

Top Hat made is world premiere in the West End in 2012 where it played over 600 performances during its two year run.

The show is based on the motion picture which was nominated for four Academy Awards, and was the most successful picture of the nine movies Astaire and Rogers made together. It premiered at the Radio City Music Hall in 1935 where it broke all box office records.

It will run in Dublin until June 6th. For more info go to bordgáisenergytheatre.ie. Check out our gallery of more pics from last night! (pics: Brian McEvoy) 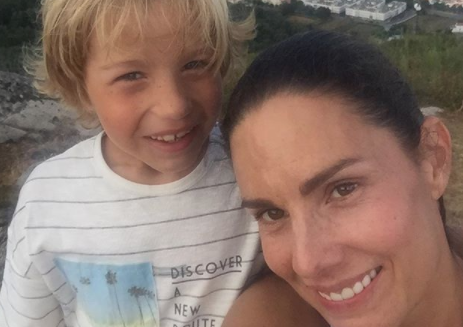