U2 have revealed that they feared their epic new tour was over on the first night after guitarist The Edge fell off the stage.

During the band’s first performance of their ‘Innocence and Experience’ tour in Vancouver at the beginning of the month, the legendary musician took a tumble off the main stage and his bandmembers have admitted they thought it would be the early death of the million-dollar concert tour.

Revisiting the moment of horror, the guitarist explained that “it was one of those things you only do once.”

The untimely incident happened during the hit song ‘I Still Haven’t Found What I’m Looking For’ during which, The Edge has to walk on a ramp connecting the audience to the stage. Watch the fall here.

He said: “It was a moment of reverie where I just completely lost track of where I was on the stage.

“Out of the corner of my eye I could see the curve of the round and I thought I was already there. I stepped off on what I thought was the stage and I had basically cut the corner.”

Bassist Adam Clayton said he was “sick in the pit of my stomach”, while drummer Larry Mullen Jr said he feared the tour might “start and end in the same evening”.

Luckily, the musician and the show quickly recovered and will continue on, despite the mixed reviews both branding the show as mediocre at best, and a triumph for the 2015 international music scene. 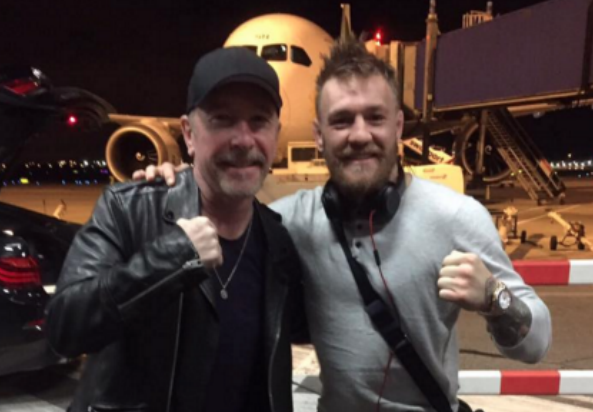 In the Name of Love: a precious moment for U2 rocker The Edge