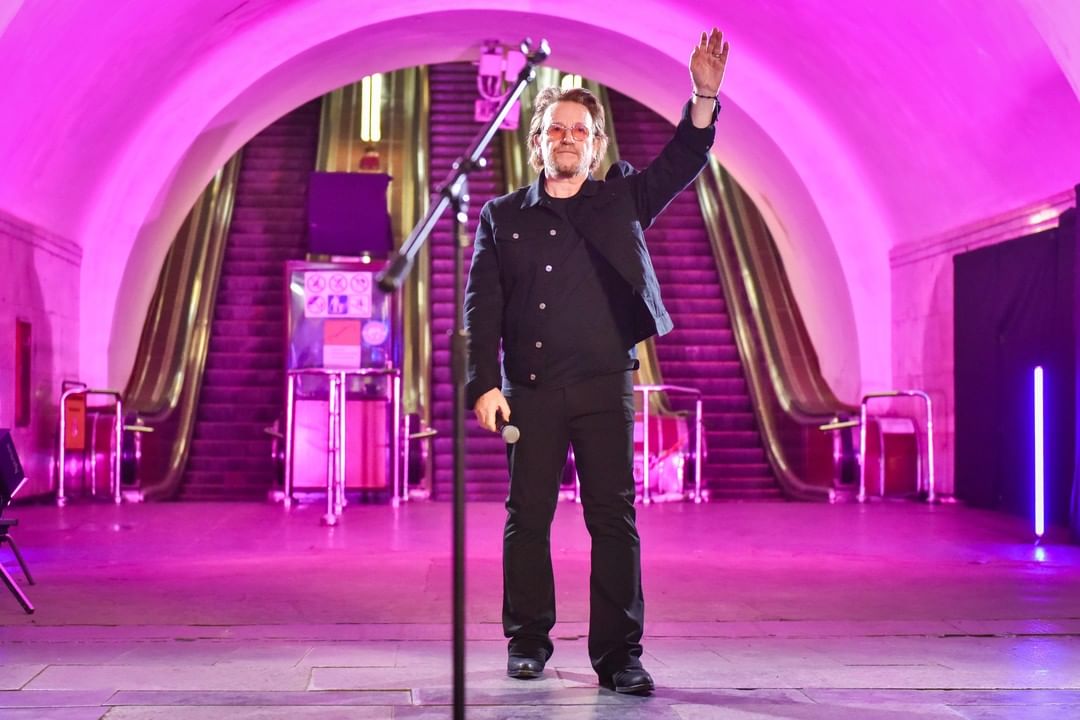 Over the weekend U2’s Bono and The Edge played a very special set in solidarity with the people of Ukraine. Amid the current invasion from Russia, the artists travelled to the Ukrainian capital, Kyiv on the invitation of the nations president, Zelensky.

Videos emerged yesterday evening of the pair performing for a group of soldiers in an underground metro station, which is currently being used as a bomb shelter.

Speaking about the gig the band said on Twitter; “President @ZelenskyyUa invited us to perform in Kyiv as a show of solidarity with the Ukrainian people and so that’s what we’ve come to do. – Bono and The Edge #StandWithUkraine.”

During the performance some of the Ukrainian soldiers joined the pair for a couple of songs as they sang hits like With or Without You and Desire.

Many on Twitter praised the pairs bravery and solidarity for flying over and boosting morale as they showed their support for Ukraine.

In the epicenter of global history. Bono from @U2 on the metro station in Kyiv singing for Ukraine. Such a historical moments to show solidarity and pay global attention on putin’s invasion. Please repost and stand with Ukraine by pushing your govts to help us with weapons/money pic.twitter.com/j5aKrkPS60

#UKRAINE: @U2 Bono performed inside the metro in #Kyiv today. 🔥 pic.twitter.com/ma8pJm0c1V

Kyiv now. The legendary Bono from the U2 band with Taras Topolia (“Antytila”) performs at the Khreschatyk metro station.#StandWithUkraine️ pic.twitter.com/suzkCVvgKt