It’s a wonderful day for Rosanna Davison and Wes Quirke as they’re officially able to bring their twin boys Hugo and Oscar home from hospital.

The model gave birth to their sons last Wednesday in the National Maternity Hospital, where they remained for a few days under observation.

A week later, Rosanna shared her delight as they’re all going home to start their lives together as a family of five.

Sharing a picture with her two boys, she said, “It’s a big day for our little family. As Hugo and Oscar were born at 35 weeks they needed a little extra TLC in the Neonatal ward to make sure they were ready to come home to us. And today is the day.

“I’m just a little bit emotional. Thank you so much o the incredible team in NICU for keeping our twinnies safe and healthy all week. Now to bring them home to meet their big sister.” 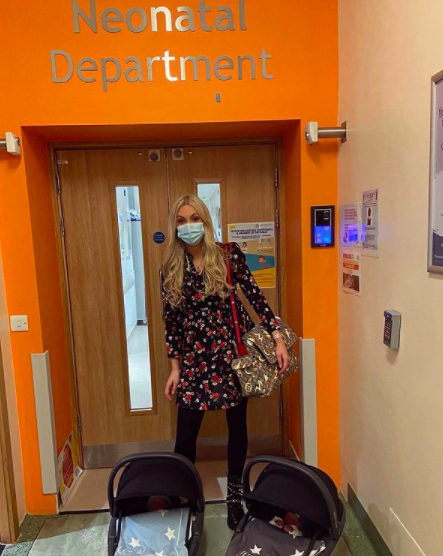 While Rosanna also stayed in the hospital for a few days, she was allowed out earlier this week and enjoyed a sweet reunion with her daughter Sophia.

Little Sophia turned one over the weekend, and while Rosanna couldn’t be there to celebrate the milestone event, plans to make up for it now that they’re all home together.

We wish them continued happiness!