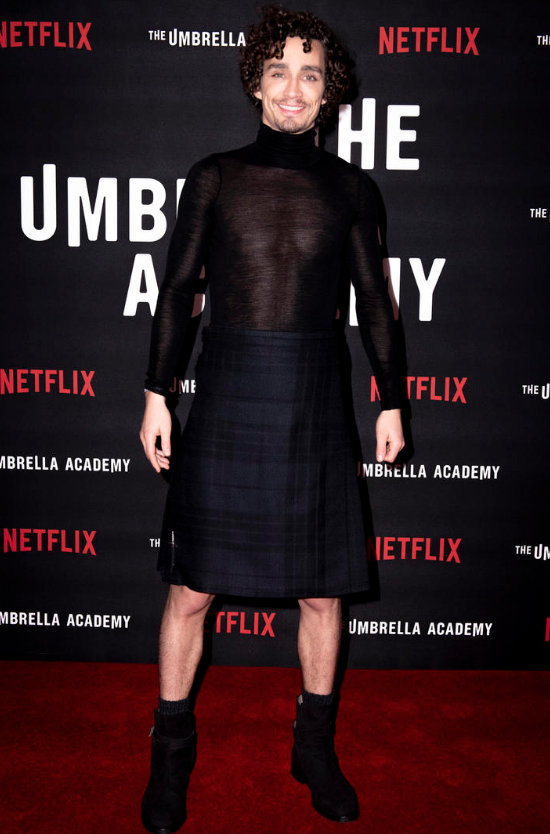 The former Misfits star joins Ellen Paige and Mary J. Blige – along with an all star cast in the show based on comics and graphic novels created and written by My Chemical Romance singer Gerard Way.

As well as taking to the red carpet, the cast also took part in a Q&A on the series, which debuts on Netflix on Friday February 15th. 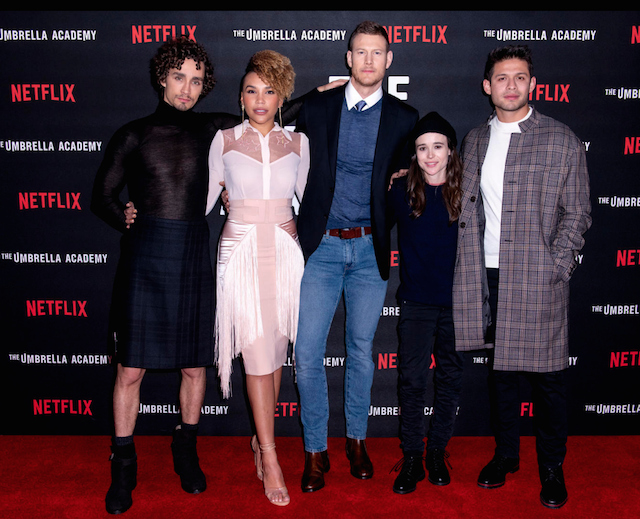 “On the same day in 1989, forty-three infants are inexplicably born to random, unconnected women who showed no signs of pregnancy the day before.

Seven are adopted by Sir Reginald Hargreeves, a billionaire industrialist, who creates The Umbrella Academy and prepares his “children” to save the world. But not everything went according to plan.

In their teenage years, the family fractured and the team disbanded. Now, the six surviving thirty-something members reunite upon the news of Hargreeve’s passing.

Luther, Diego, Allison, Klaus, Vanya and Number Five work together to solve a mystery surrounding their father’s death. But the estranged family once again begins to come apart due to their divergent personalities and abilities, not to mention the imminent threat of a global apocalypse.”

We can’t wait to see the show! 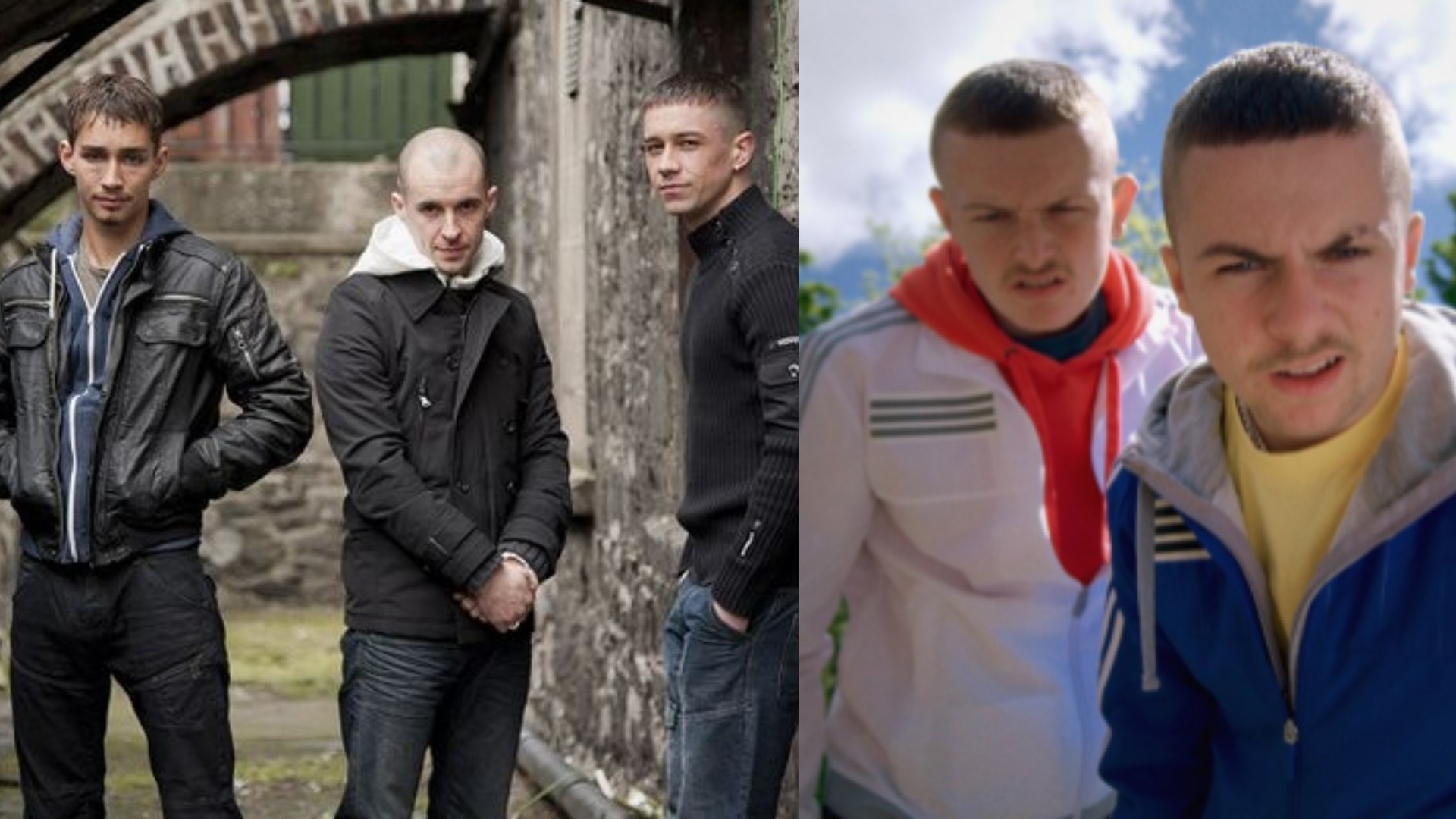