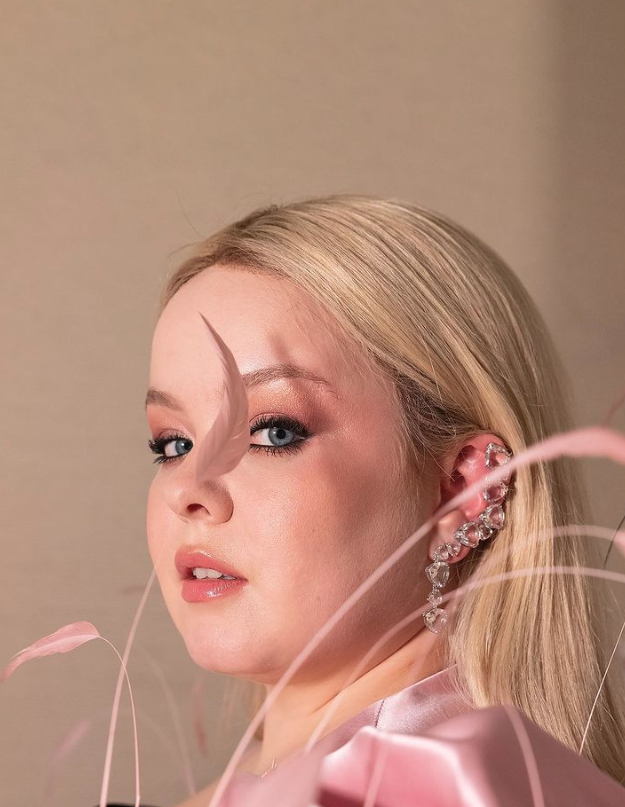 The biggest night in fashion took place in New York last night. The Met Gala sees anyone who’s anyone gather under the same roof for one night in the most show-stopping outfits possible.

On the night, we were delighted to see so much Irish representation. From Paul Mescal to Nicola Coughlan, there were plenty of people flying the tricolour for us.

This year’s theme was ‘In American: An Anthology of Fashion’, with the dress code being ‘gilded glamour, white tie’. Many of the guests followed the dress code to a t, while others put their own spin on what the theme meant to them.

Here are all our favourite Irish looks from the night.

We have to start with Nicola Coughlan who gave us Lady Whistledown chic but X100 as her pink and black babydoll ballgown was covered in floating feathers.

The dress was designed by London-Irish designer Richard Quinn and her hair and makeup was kept simple allowing the dress to do all the talking.

Humble as always, Nicola gave her followers a rare insight into the party behind the doors at the top of the stairs. In the video on her stories we saw singer Lizzo dancing while Nicola looks like she’s having a ‘pinch me’ moment, writing, “Good at times like this to remember I used to work in a Spar.” We love her so much!

Paul Mescal attended the prestigious event with his rumoured fiancée Phoebe Bridgers (although there was no sign of an engagement ring) and his Normal People co-star Daisy Edgar-Jones.

A moustached Paul wore a black suit complete with black shirt and what looked like a sparkling broach pinned on. His girlfriend Phoebe wore a gorgeous beaded Jonathan Simkhai gown while Daisy wore an Oscar de la Renta flapper style dress. The trio looked perfect together!

Another Irish celeb who sported a moustache on the carpet was Jessie Buckley. Yes, The Lost Daughter star drew on a fake moustache to complete her look, which was a pin-stripe Schiaparelli suit with swirls on the lapels, with a matching tie and a hat.

The stars mingled with Hollywood’s finest on the night, and we can only imagine what it would be like to be a fly-on-the-wall inside the Met that night.

Ruth Negga stuns in Valentino at the Met Gala