Another amazing music act has been announced for Electric Picnic 2023.

The Killers are the latest headliner to be added to the already impressive line-up of stars.

Announcing the news on Instagram the official Electric Picnic page posted saying, “The gift that keeps on giving!🎁✨ Introducing our Sunday Headliner @thekillers to the #EP23 line up 🎶 The very last tickets go on sale at 10am – GO!🎫✨”

The very last batch of tickets for the festival were released this morning at 10am.

Last week, we got the first 10 acts of the festival, with Billie Eilish coming back to headline the Friday, Lewis Capaldi on Saturday along with Fred Again.. and Niall Horan is also making an appearance at the festival for the first time, it’s sure to be a good one!

Here is the full list of the first ten acts:

As for our very own Niall Horan making the lineup, we had a feeling he might be appearing as he gave fans a hint earlier this year…

Appearing on his Instagram stories in a rare chatty occasion, Niall admitted it had been too long since he came on. He said:

“Hello lovers, it’s Niall here I know you’re very aware of, but I just wanted to give you an update a to what’s going on, I’m back! I’ve got new music coming in the new year which I’m really really proud of, I appreciate you being so patient with me while I’ve done it. I’m shooting The Voice at the moment which airs next year, we go live in May, I have a whole new album too.” 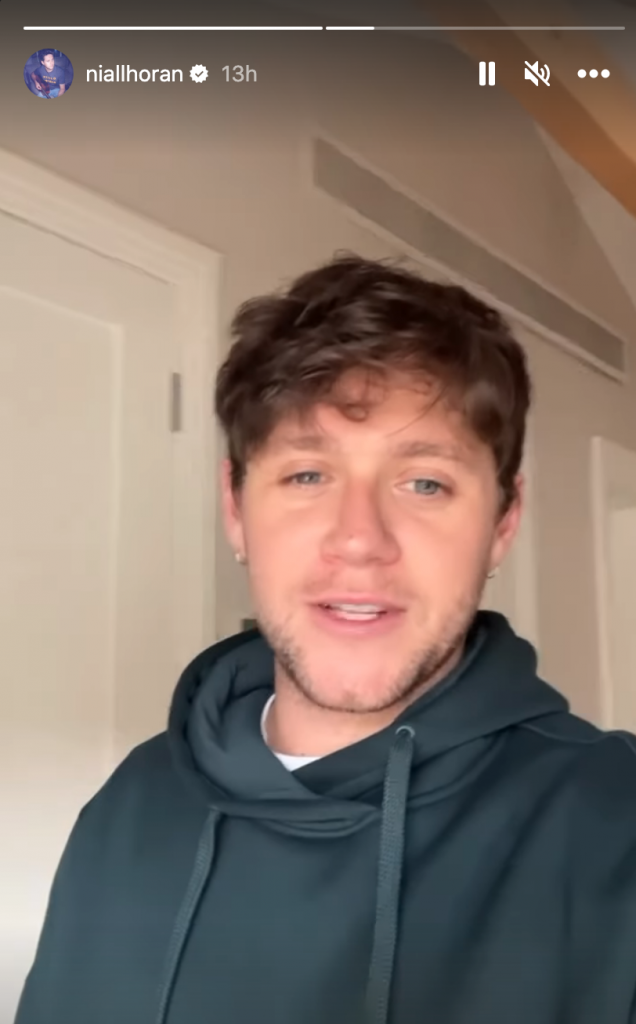 Continuing, the Mullingar man said, “Something that I’ve wanted to do forever is festivals, and I’ve never really had the opportunity to do it, so I think, we will be announcing some festivals in the next couple of days, weeks and months for next year and I can’t wait to get back on the road, see you guys all over the world and have a lot of fun. So I can’t wait to see you soon, I love you very much and see you in the new year.”

And it’s no shock that his BFF Lewis Capaldi is joining him this year, we already know the pair will be having the craic together all weekend long, roll on September!