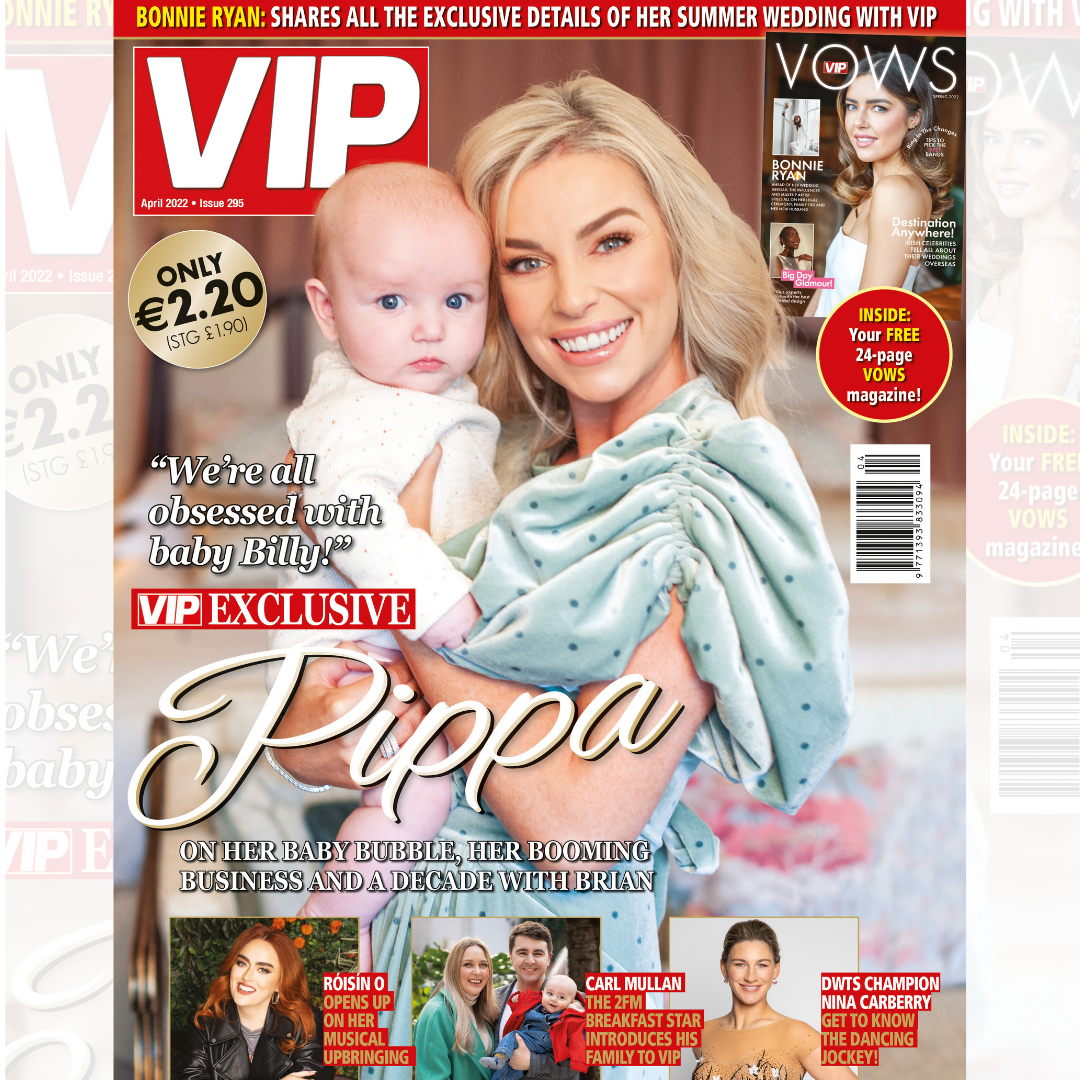 The new issue of VIP Magazine is hitting shelves today and this month’s cover is graced by the stunning Pippa O’Connor and her new addition to the family, baby Billy.

We caught up with the businesswoman about her company, POCO and their incredible fundraiser for Ukraine, which has raised a massive €36,500 for the Irish Red Cross. Speaking about their efforts she said; “People were so responsive and so generous. Which the Irish people are anyway.”

As well as confessing to being the not-so-proud owner of a messy wardrobe, we chatted to Pippa about what it is like to be a mum of three gorgeous boys after she welcomed little Billy into the world four and a half months ago.

In this warm interview she shares that she’s still very much in the baby bubble she added; “I am besotted with Billy, as are Brian and the two boys. We are all obsessed!”

We also had the pleasure of meeting Dubliner Róisín O just before she heads off on tour after penning a brand new album during lockdown. Creating beautiful music and melodies doesn’t always come easy, but for some, it’s engraved in their DNA, coming from a family of musicians she shares with us that music was all around her but “not in a weird way! People have this idea that we’re like the Von Trapp family singing up and down the stairs, but that’s not the case.”

She spoke to us about her mother, the incredible Mary Black who passed her musical know-how onto the little ones and always encouraged but never pressured her children into learning how to play instruments. Róisín’s brother, Danny also followed in his mother’s footsteps as the frontman of The Coronas and she shared with us they are all incredibly close although when they were younger; “We didn’t have time for each other at all!”

We also got to spend the day with RTÉ 2FM radio DJ Carl Mullen and his gorgeous family! His beautiful partner Aisling joined us for this shoot along with their baby boy, Daibhi. The pair welcomed the little into the world last August and it’s been a busy year for them welcoming a newborn as well as planning their wedding which takes place at the end of this month. Sharing his excitement for the big day he said; “ I know I’m going to be a blubbering mess when I see Aisling on our wedding day.”

Of course we also got to chat to Carl about his career after he landed his dream job as a co-host of 2FM Breakfast following a shake-up in RTÉ last May. Now working alongside his Doireann Garrihy and Donnacha O’Callaghan he shared that they had an instant bond on the show and feel more like siblings than colleagues.

Speaking about how hectic it’s all been he said; “Between the birth of Daibhi and landing this job, I would very confidently say it’s been the best year of my life!”

Also in this new issue we got to meet Irish influencer Rachel Gorry for a gorgeous shoot where we were joined by her three girls, Holly (8), Hannah (5) and Leah (11). Speaking about her three beautiful daughters she said;  “I want to be a role model for my girls and to raise three independent, strong women.”

Rachel lost her beloved husband, and the girls lost their dad, Daniel, to oesophageal cancer on April 1, 2020; The Tullamore man was just 28 when he got his terminal diagnosis in 2018. It was Daniel who encouraged Rachel to set up an Instagram account  as a distraction from all the worry and sorrow and time spent in hospital. She shared the journey of them moving into their new house on this page, and also began to post about her husband’s diagnosis, which caused support to pour in, an online community that has been there since Daniel tragically passed.

Now, with over 246k followers, Rachel posts daily updates on grief, solo-parenting and normal day-to-day life – her love of cleaning, fashion, makeup and home decor. Plus, as she tells VIP, her newfound online profile has allowed her to launch her very own brand.

An incredibly important and inspiring interview is one we had after spending a morning with Amy Dunne, a woman who’s story you are most likely already familiar with as you may remember reading about Amy in the papers, when she was known as just Miss D. In 2007, when Amy was 16, she learned that she was pregnant. Not long after, on her 17th birthday, a scan revealed that her baby, a little girl, had anencephaly, a fatal abnormality. Devastated at this tragic news, Amy made the tough decision to travel to the UK for an abortion; but she wasn’t able to. As she was in temporary foster care, the HSE attempted to stop her going, and so she ended up in the High Court, with her private trauma becoming a public circus.

Now, the 32-year-old who we found to be funny, sassy and humble, is telling her side of the story with searing vulnerability in her just-released book ‘I Am Amy Dunne’ which documents every painful detail of this awful saga; from Amy’s fraught teenage years to the court case trauma to the heartbreaking aftermath. We also get to hear about she eventually won the case, at 19 weeks pregnant, but this was no celebration.

The book also tells the story of Amy learning to love herself and recognise her worth after so many years of low self-esteem and hurt. Everyone in the country should read her book. 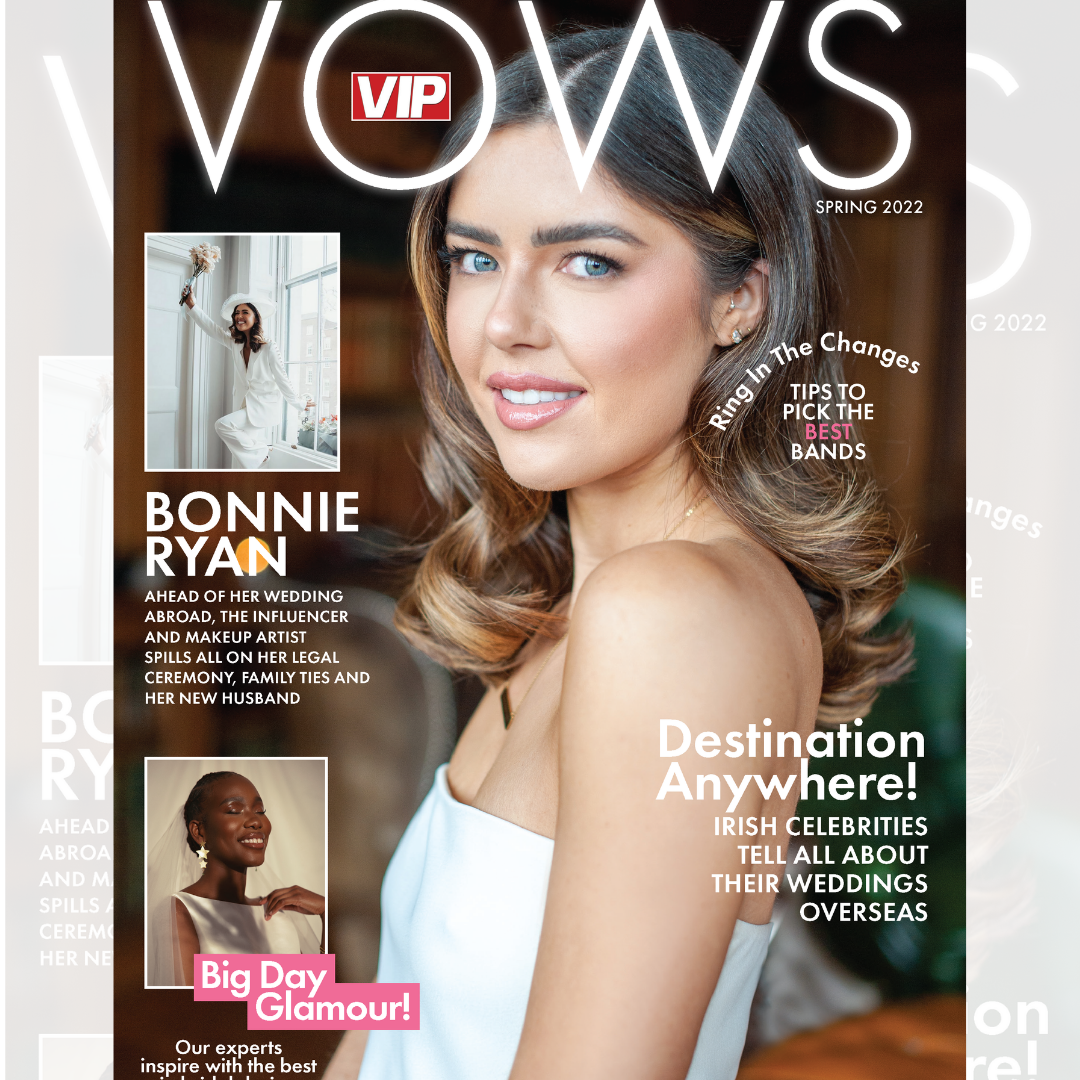 Of course, we have our usual jam-packed issue filled with the hottest news, best in beauty and fashion, travel tips inspo as well as our latest supplement, VIP Vows which comes free inside each issue!

Vows is full to the brim with everything you could need to know about your big day from choosing your ring, picking the perfect venue, as well as inspiration for a stunning wedding abroad with tips from some Irish celebrities. We also have experts weighing in on planning do’s and don’ts and how to get your skin in check in the lead up to your nuptials.

Pick up your issue, on shelves now! 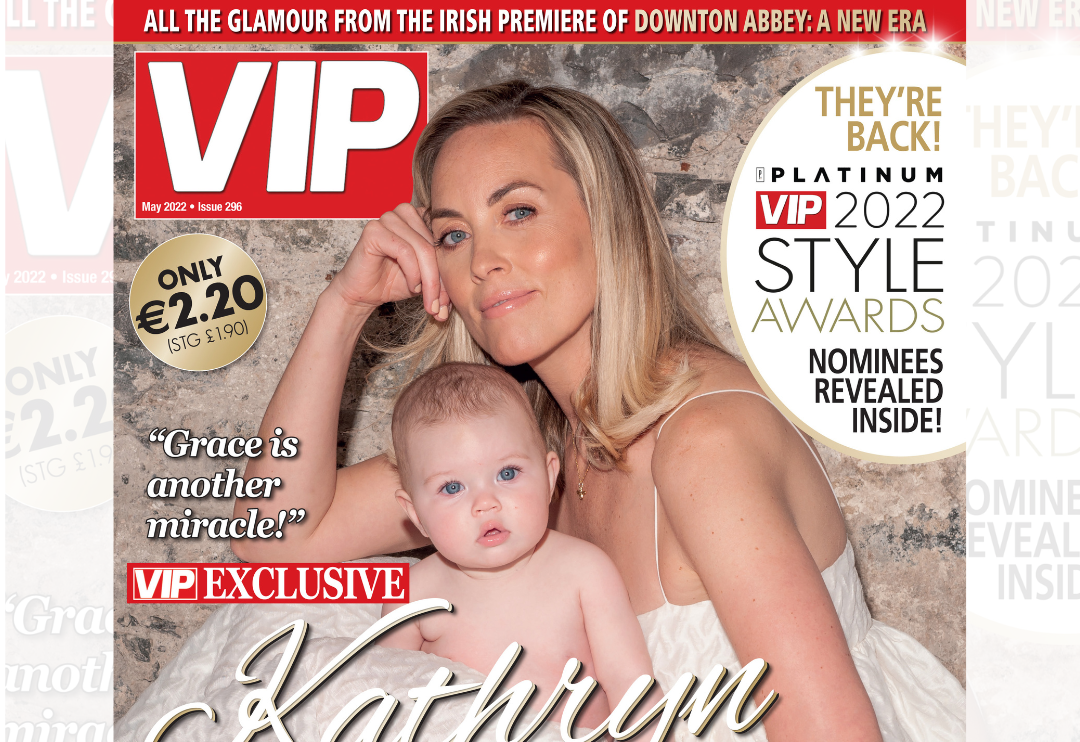 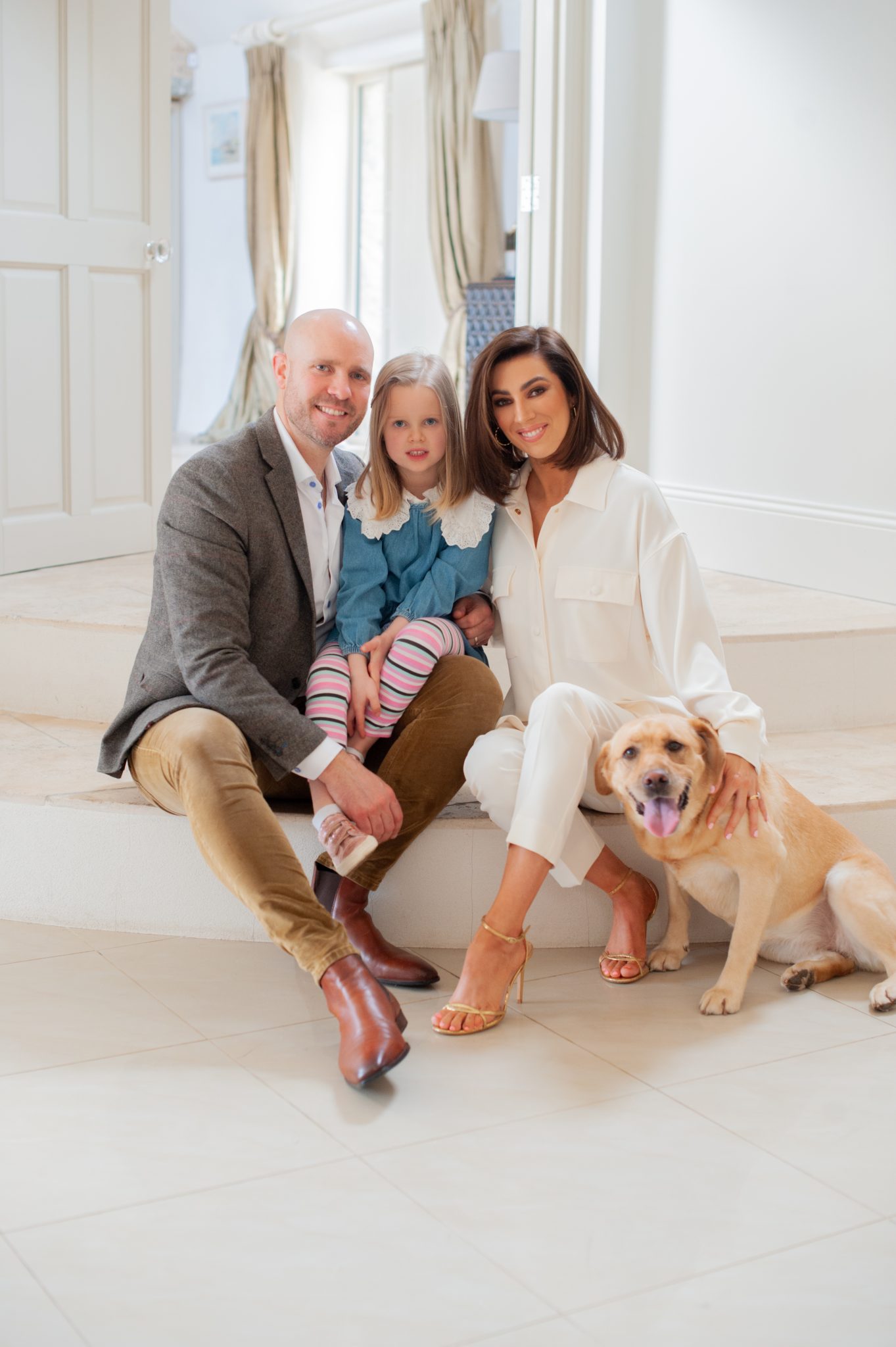 Here’s a sneak peek at our brand new issue of VIP Magazine! 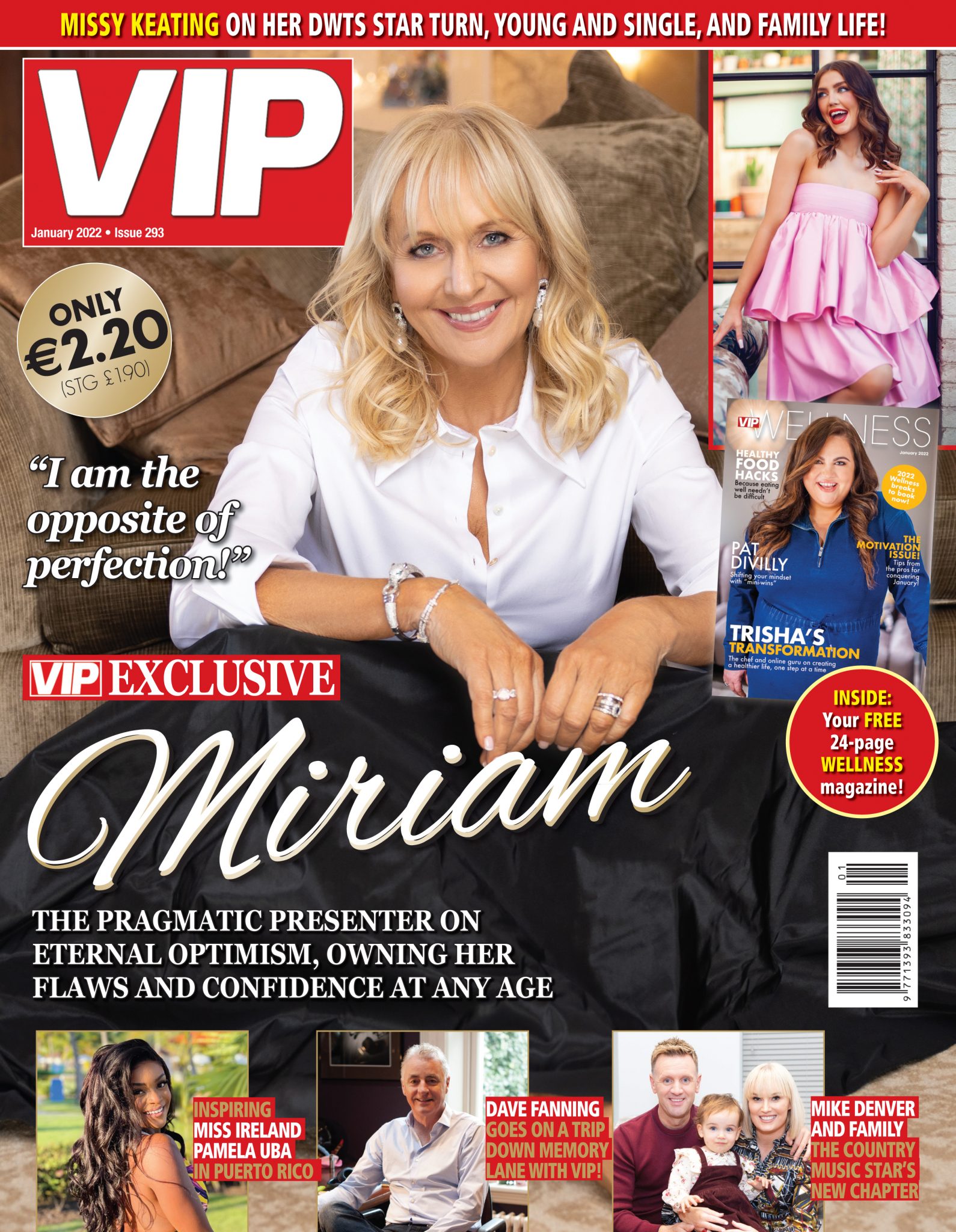 Say hello to the January issue of VIP Magazine, on shelves today! 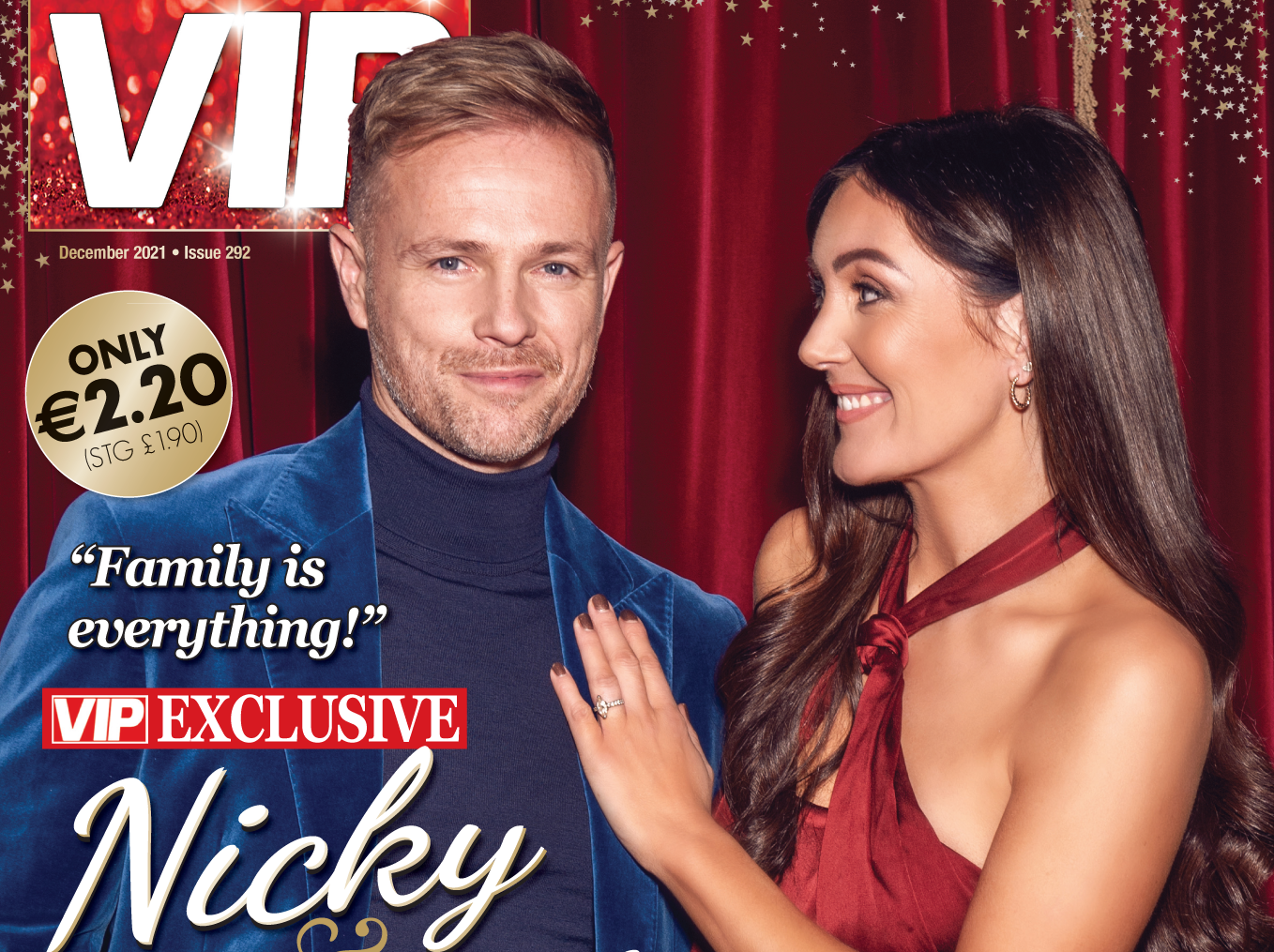 Take a look inside our gorgeous new Christmas issue! 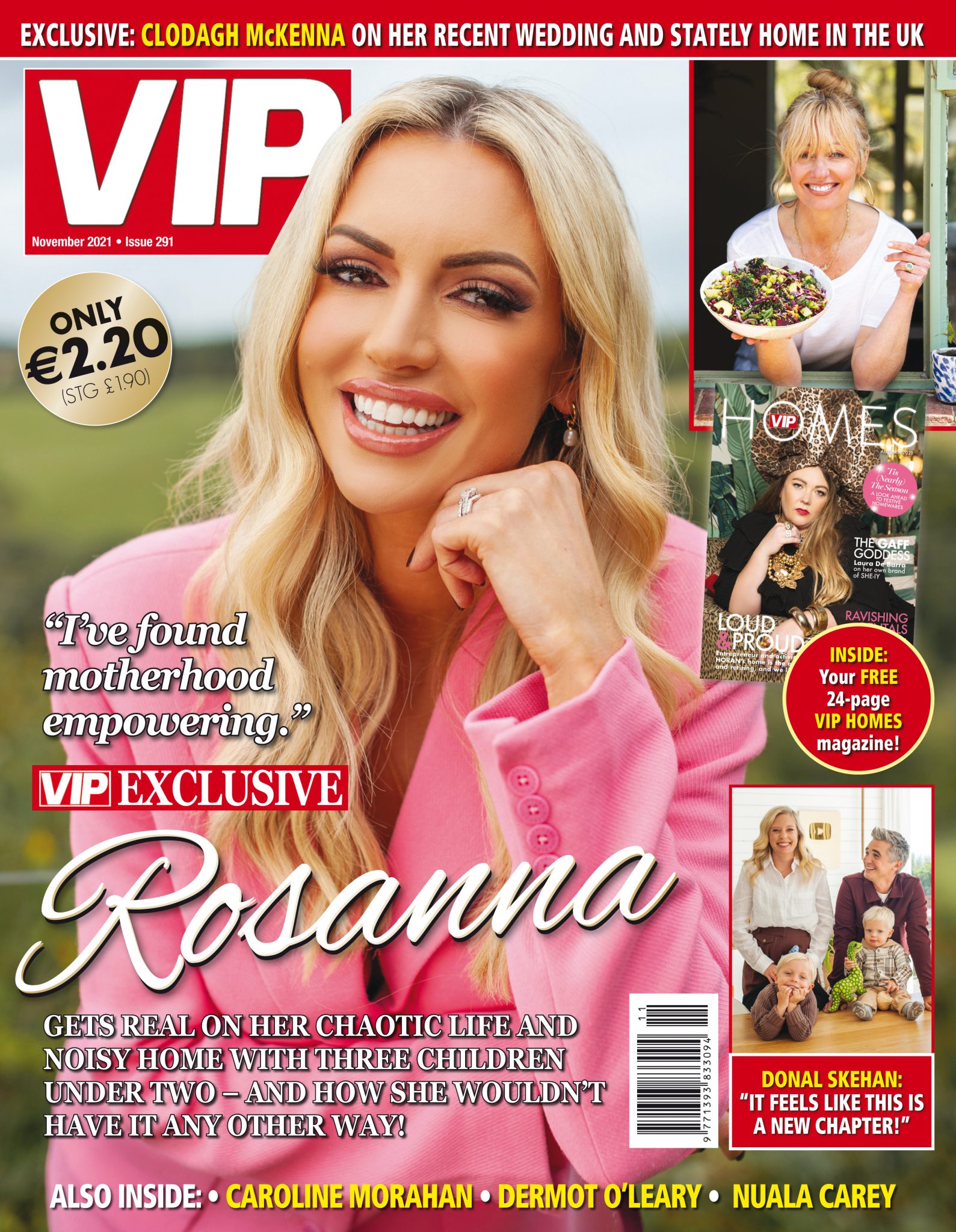 Take a look inside the brand new issue of VIP Magazine and our fabulous supplement, VIP Homes