Saoirse Ronan is often known as a young fresh faced Irish actress- well not anymore! She has recently revealed in a video with W magazine what her favourite sex scene of all time is.

The two time Oscar nominee recounted that the comedic sex scene between Kristen Wigg and Will Forte in American comedy, McGrubber is her fave. “My favourite love scene is McGrubber between Will Forte and Kristen Wigg” she laughed.

The 21-year-old said that the scene “completely rips the piss out of 80’s sex scenes” and it always makes her laugh.

Meanwhile, Red Rock star Chris Newman has been talking about his long-term friendship with the Brooklyn star today. The pair are old pals since they both starred alongside one another in The Clinic in 2003. Chris told the Irish Mirror that he still keeps in touch with Saoirse and that she is still very down to earth despite her fame, not that we’d expect any less from the Oscar nominee!

“She was so talented even then. We still keep in touch now and she is so lovely and down to earth, she hasn’t changed at all,” he gushed.

Chris also revealed that he spoke to Saoirse when he heard she was nominated in the Best Actress category at The Oscars this year, and is rooting for her to win (aren’t we all!). “I actually dropped her a text when I heard she had been nominated for the Oscar and we had a chat,” he said. 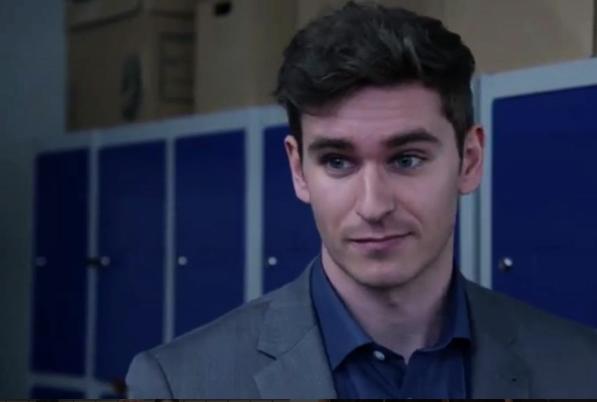