Ronan Keating and his fiance Storm Uechtritz have begun a weekend of celebrations, as they’ve both set off on their stag and hen parties.

The Boyzone singer kept things simple for this stag, and went to Stoke for a few rounds of golf his son Jack and close friends.

The father/son duo got dressed up for the occasion, and appear to be having a ball!

Posting a snap on Instagram, Ronan said, “Yes that just happened. Jack and I rocking the hats #StagDay”

After golf, the group of stags went for dinner and a few drinks, and Ronan began to feel a little sentimental about his son.

“Could I be any prouder? The coolest man I know. Love ya Jack. #TheBestMan,” he said.

While it appears Ronan has opted for a chilled weekend, Storm has gone a little bit more extravagant, and has taken her gal pals, and Ronan’s daughter Missy, to Paris.

Storm shared a picture online of the girls as they kicked off the festivities, and said, “Monogrammed Burberry scarves, champagne, brunch and a train ticket to Paris. The Hen day begins!”

The group have since been enjoying the time in France, visiting all the top tourist destinations including the Eiffel Tower. We’re so jealous!

The big day itself is set to take place this coming Monday in Scotland. 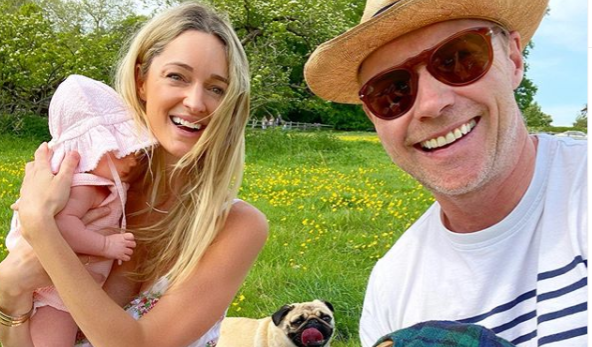 EXCLUSIVE: Storm Keating opens up about the difficult start to her and Ronan’s relationship