Louise O’Reilly has hit out at Instagram for the controversial banning of the hashtag curvy.

The plus-size model, who runs a blog called Style Me Curvy, has described the action by the social media site as “somewhat extremest”, and that although she can see why the decision was taken, she believes there were better options.

“In terms of the #Curvy label being banned, I do think it was some what extremest. I’ve used the hashtag for a number of years myself both for modelling and of course it’s relevance to my blog ( Style Me Curvy). It’s a universal hashtag that millions of women identify with,” the beautiful blonde said.

“While I do see Instagrams perspective, that their users were violating terms and condition with pornographic images under various hashtags, which is never appropriate, there could have been more obvious avenues to solve their issue.”

She added: “Users profile can be immediately removed or blocked by an Instagram team member as opposed to penalising other profiles who use the hashtag. The other issue is that banning the hashtag is just a simple quick fix- it’s not solving the problem. These kind of X-rated profiles will simply just move onto another kind of hashtag in no time at all, thus prolonging not truly solving their issue.”

Louise, an advocate of having a healthy body image, also spoke about the reaction she has received from her many online followers, who have found her an inspiration in their weight journeys.

“It has been quite an emotional experience if I’m honest. Never did I expect it to blow up to what it has become. At one level PHD and M.A students contact me regularly on diversity in fashion. Then there are daily Facebook messages and emails from readers, from small issues to “where can I find a great pair of skinny jeans?” to the more serious and emotional messages from women who hate their bodies and find it hard to get out of bed every day.

“When I was a teenager I was much heavier, and the fashion choices then were not what they are now,” she told Image Magazine. “So I truly relate to that feeling of not knowing what someone my size should have wear for their shape and that feeling of feeling lost is something I would like to help people with. So if it means staying up to 3 am answering emails then so be it, if it makes a small, helpful difference to someone’s life.” 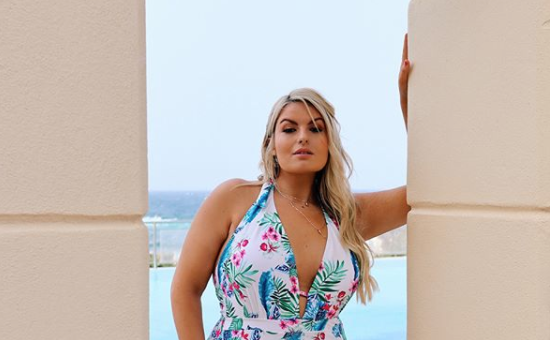 Looking for the perfect winter coat? We’ve got you covered!