After the Oscars this weekend, it wasn’t the winners that everybody was talking about, it was the infamous incident between Will Smith and Chris Rock that stole the show…

To recap briefly last night during the 94th Academy Awards Show host Chris Rock made a joke referring to Jada Pinkett Smith’s shaved hair, an effect of suffering from alopecia which she has been open about in the past. During the joke Chris said: 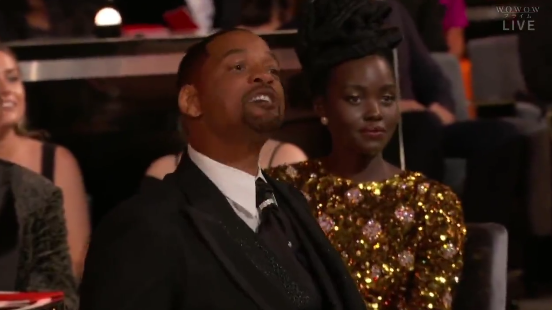 To which Will responds by approaching Chris on the stage and slapping him in the face, before returning to his seat and shouting to “Keep my wife’s name out of your f****** mouth.”

Captioning a sweet picture of himself and his wife Amelia Warner he wrote, “What a fight, sorry, Night! Thank you to @theacademy for having us and @maisonvalentino and @omega for kitting me out. This @belfastmovie journey has been the honour of my career. Unforgettable.”

Jamie was in attendance at the oscars as his film Belfast was nominated for an impressive six awards, winning the best original screenplay award on the night.

Collecting his first Oscar, writer and director of the film, Kenneth Branagh said, “This is an enormous honour for my family and a great tribute to an amazing city and fantastic people.

“This story is the search for joy and hope in the face of violence and loss.

It was definitely a night to remember for many reasons…Congratuations to all involved!