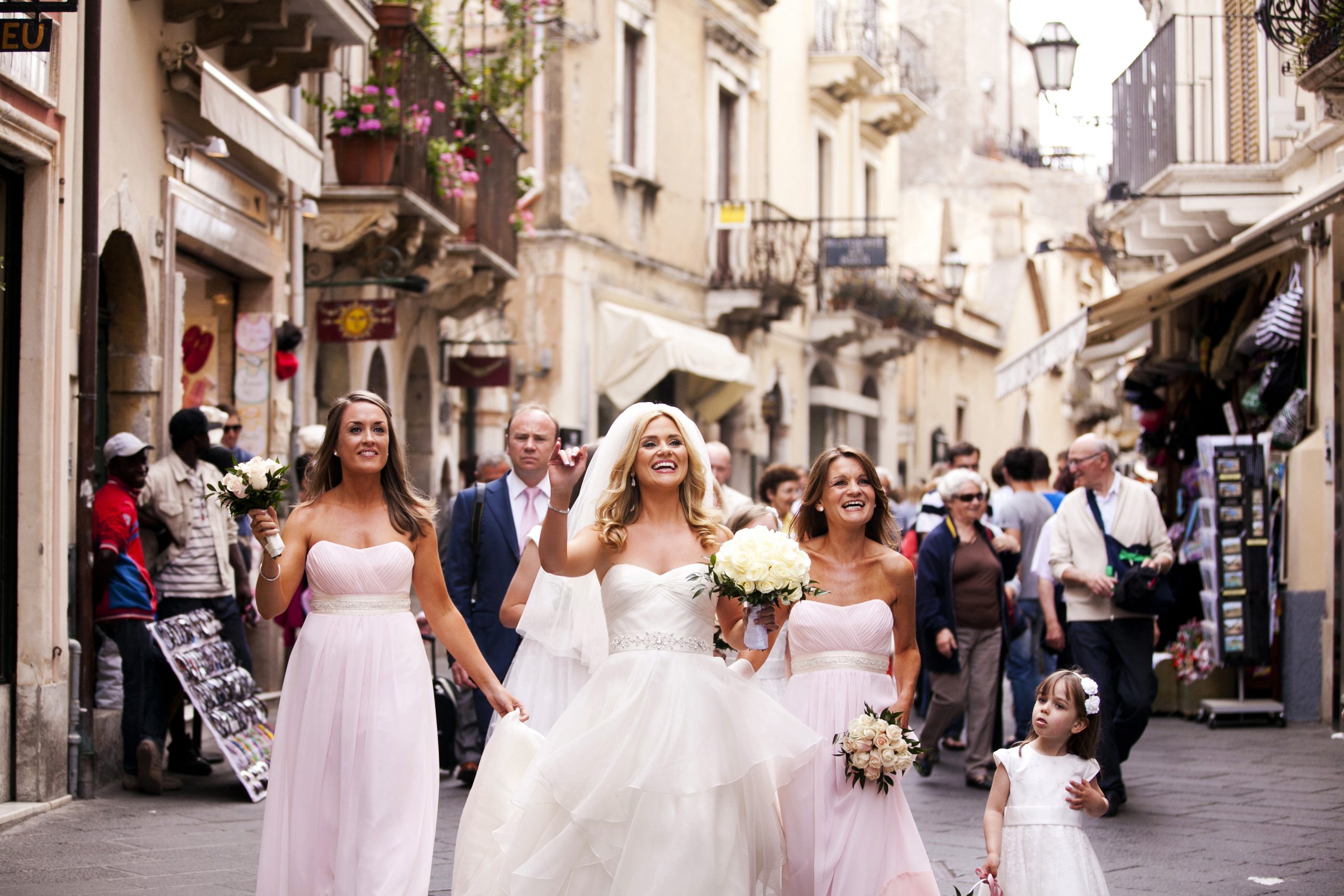 Want to get married abroad but don’t know where to start? Michelle Dardis caught up with some of our favourite Irish celebs who have enjoyed destination weddings to hear about their experiences

What was it that made you pick Sicily for your big day?
We’d been on holidays doing a road trip from Sicily to Rome. I remember sitting down having an Aperol Spritz looking at this quaint, half crumbling, half majestic church in a square in Taormina, with beautiful flowers outside and there was an Italian couple having the most magical experience getting married. I immediately turned to John and said if we ever got married, that’s how I’d like to do it. Little did I know he had already tucked a ring away in his luggage and he proposed later on in the holiday along the Amalfi Coast. It was a really simple decision then. For the hotel, we decided on the Timeo which has views of Mount Etna and you can hear the volcano rumbling in the background. It’s just the most beautiful place. We were very low key about the rest as the setting spoke for itself.

When it came to services and suppliers, did you keep it all local?
From years of getting my hair and makeup done for work, I’m handy at doing my own so knew I didn’t need to fly a make-up artist over and kept it local wherever possible. I was happy to go with the experts abroad for the rest too. It was brilliant! We went over for a weekend to taste all the food and wine, we looked around some hotels so we could recommend them to friends and family. 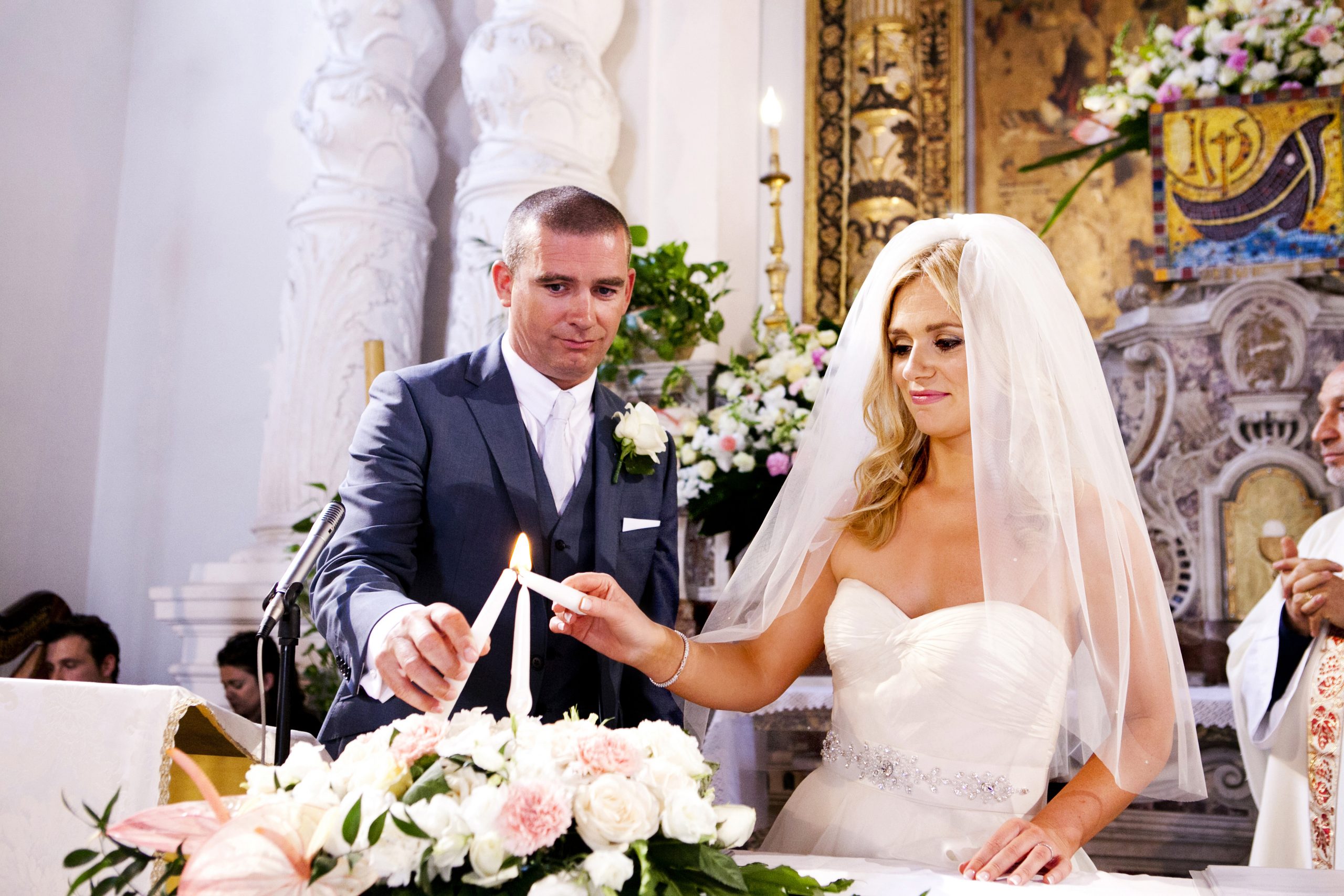 Did having your wedding abroad impact numbers?
More people came than I thought! Don’t take it for granted that having it abroad means it’ll be a smaller wedding. You’ll be surprised by the amount of people who’ll be more than thrilled to go! Part of me was very conscious that I didn’t want to become a travel agent, I can barely organise my own family holidays never mind deal with extended groups. When it came to organising busses from the airport to the hotels etc I found that a little bit stressful and needed some help with that.

What was the biggest obstacle you faced?
Honestly everything is pretty straight forward but you do have to think about logistics for some parts like bringing the dress on the plane. Aer Lingus very kindly hung my dress in the cockpit.. Jenny McCarthy our photographer had a picture of myself and John which everyone could sign with gold pens and it was amazing but we hadn’t thought about how to bring that home so we went island hopping with a portrait and two guitars! Make sure you figure out who’s going to take things back before the wedding day itself.

If you could do it all over again, is there anything you’d change?
As I work in tv I thought I could edit my own wedding video which I never got to do. A local Italian guy filmed it and then when we came back his formats didn’t work on any of our computers. Don’t think you can do everything, be willing to delegate and pay for what you want.

Have you been back to Sicily with the kids since you got married?
No, but we talk about it a lot. Looking back, I can’t believe people brought toddlers and buggies because it’s not that child-friendly. Now that I’ve kids, I would never have gone to to Sicily with young kids because it’s all hills and cobblestones, plus it’s super hot during the summer. I want to renew our vows there. I loved it so much and would love to do it again. It was magic! 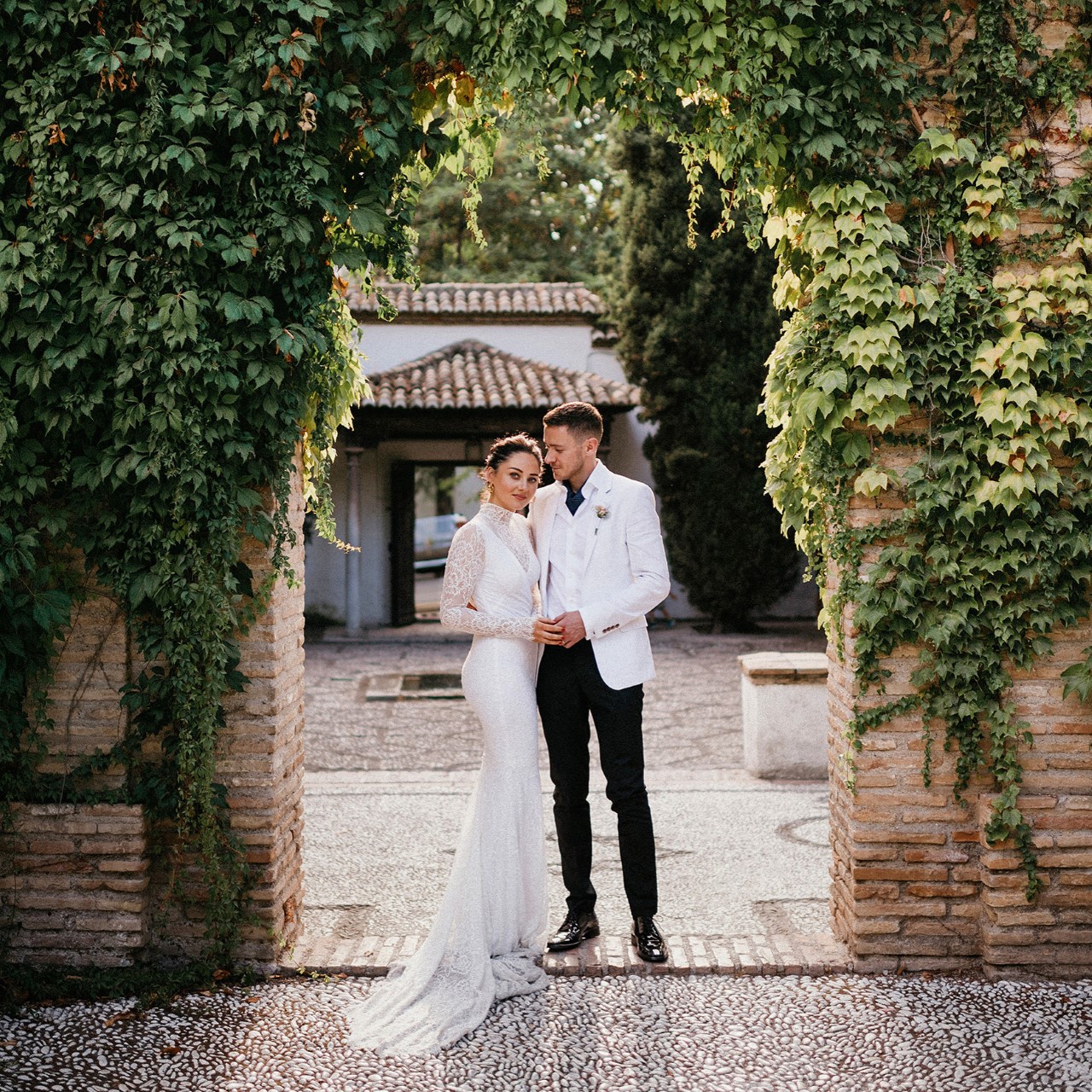 What made you pick Spain as your location to tie the knot?
I love it there. My husband and I were childhood sweethearts and when we were in our late teens/early twenties we’d go to Spain every year with our friends and that was our thing. We had never been specially to Granada though, but went for a visit and literally fell in love. It’s the most cultural, artsy and creative place. There’s a castle on the top of the hill that overlooks the city and it’s such an old, historic town.

Would you say a wedding planner is essential for getting married abroad?
In a city that you don’t know, yes. In Granada, they don’t speak much English which I loved because it encouraged me to learn more Spanish. Our planner had been living in there for 20 years and we clicked immediately. You really need that person there to communicate your ideas with the suppliers. If there’s something you really want, you just have to ask. If they can’t do exactly what you’re asking for, they’ll show you an alternative. Go to the planner with lots of ideas and they’ll be happy to help. For how much they do and for how much you rely on them, they’re so worth the price they charge – which isn’t actually a lot. 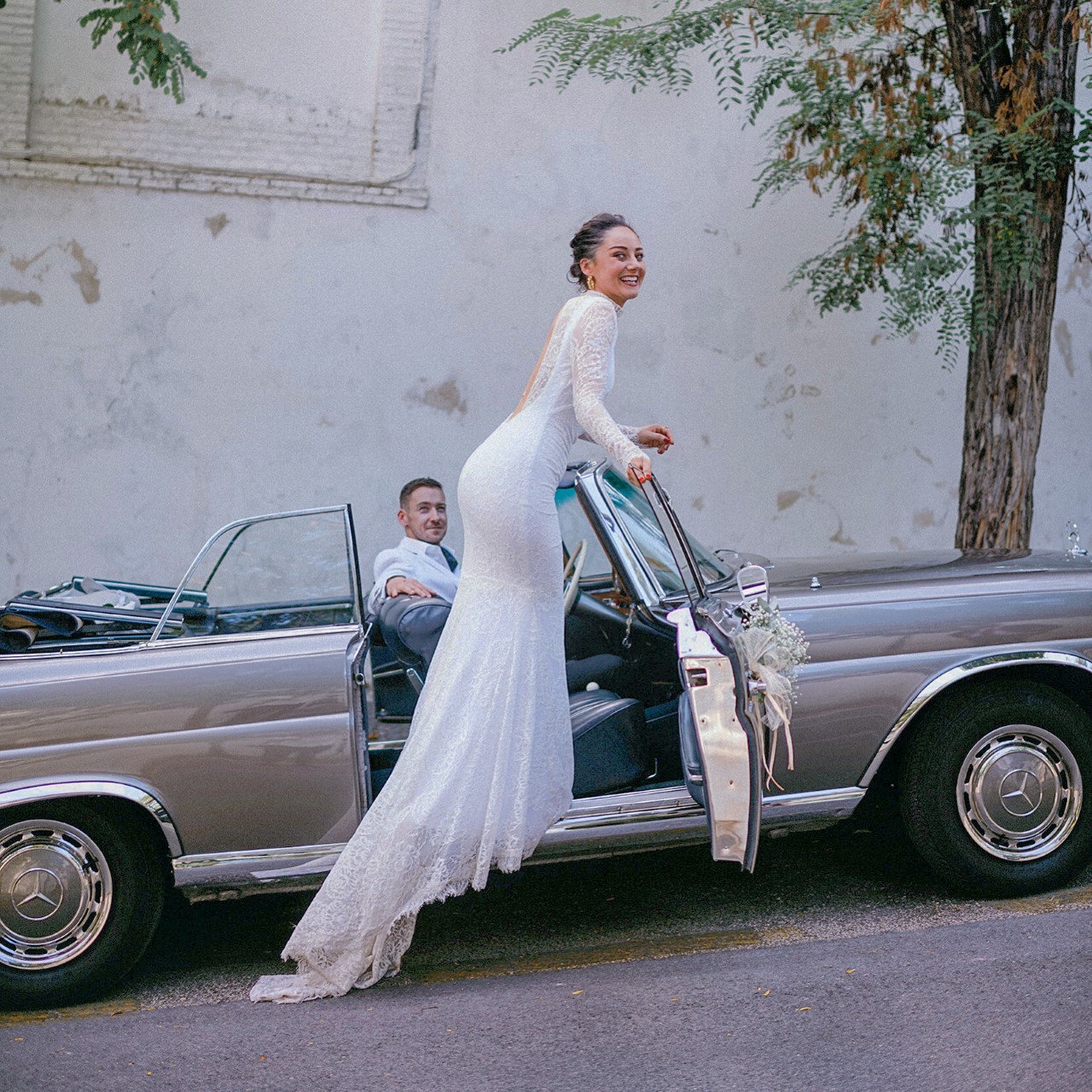 Did it work out more expensive or roughly the same as what it would have cost here in Ireland?
It started off less! Weddings in Ireland are very expensive. We were able to add things on in Spain because we had a budget in mind for the average wedding in Ireland and you can get so much more for it for it abroad. For example, when it comes to a destination wedding, most of them take place in garden areas so use that rather than spending a fortune on flowers. We only went with very small centre pieces because we were in a floral setting already. Small things like that will help with savings.

Was there anything that took you by surprise?
The weather! We arrived a few days before the wedding and the weather was great, but it was leading up to a thunder storm on the big day. Our whole wedding was planned outside, we were going to dine beside a big blossom tree outside and have a reception overlooking the city. Luckily we had an option of having a wedding indoors, and always make sure you have that option with a venue just incase! To cut a long story short, we had the child of Prague out the night before and we woke up to beautiful blue skies and it was the most perfect day.

What was your favourite part of the day?
We didn’t have a wedding cake, we’re more into chocolate. We went to a local chocolatier and got three slabs; a dark chocolate, milk chocolate and white chocolate with cranberries and made three tiers. Instead of cutting a cake, we smashed through the tiers and all the chocolate broke up, and that’s what the guests could enjoy. Honestly it was just the best few days of our lives. It was such a lovely, intimate party. I wouldn’t change anything. 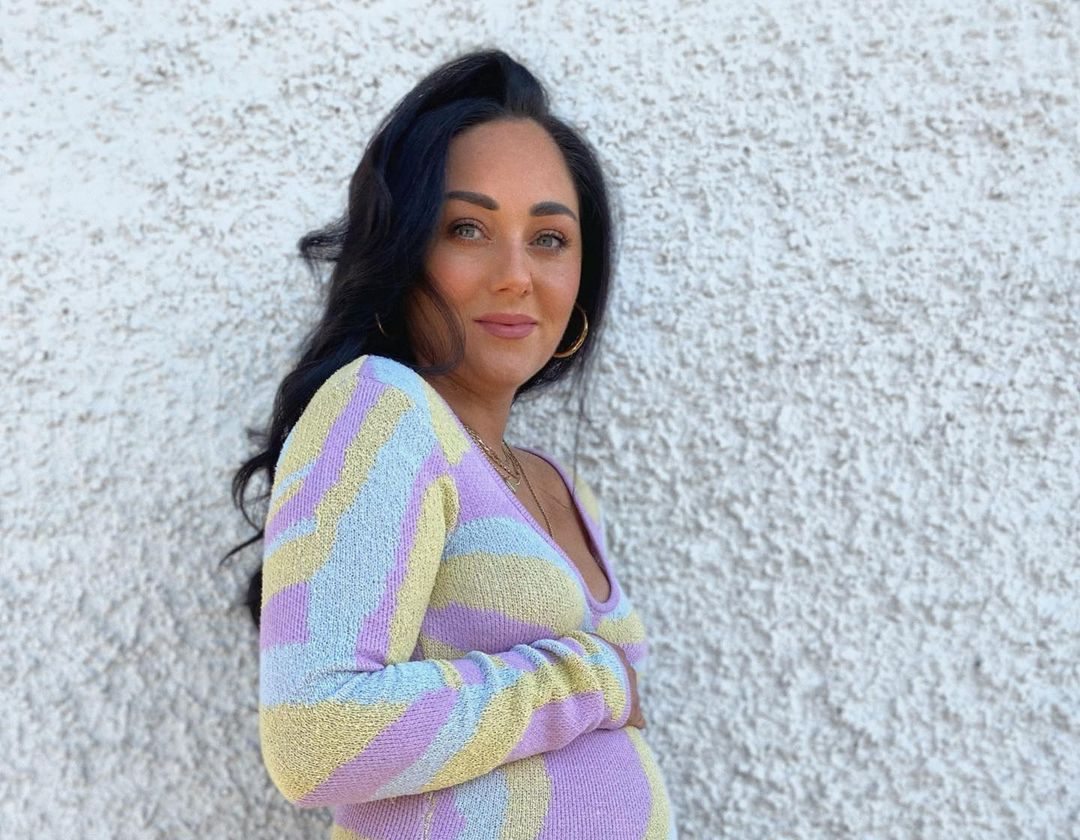 Audrey Hamilton reveals the exciting news that she is expecting her first child! 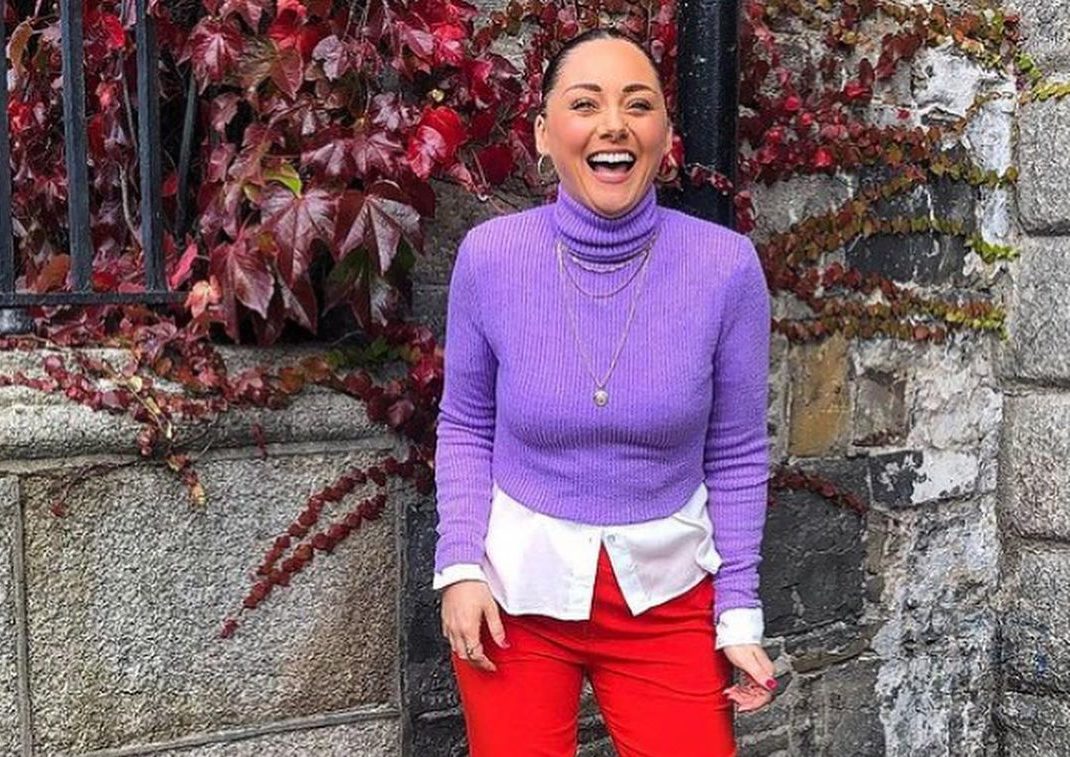 Steal her Style: Get colourful this January like Audrey Hamilton 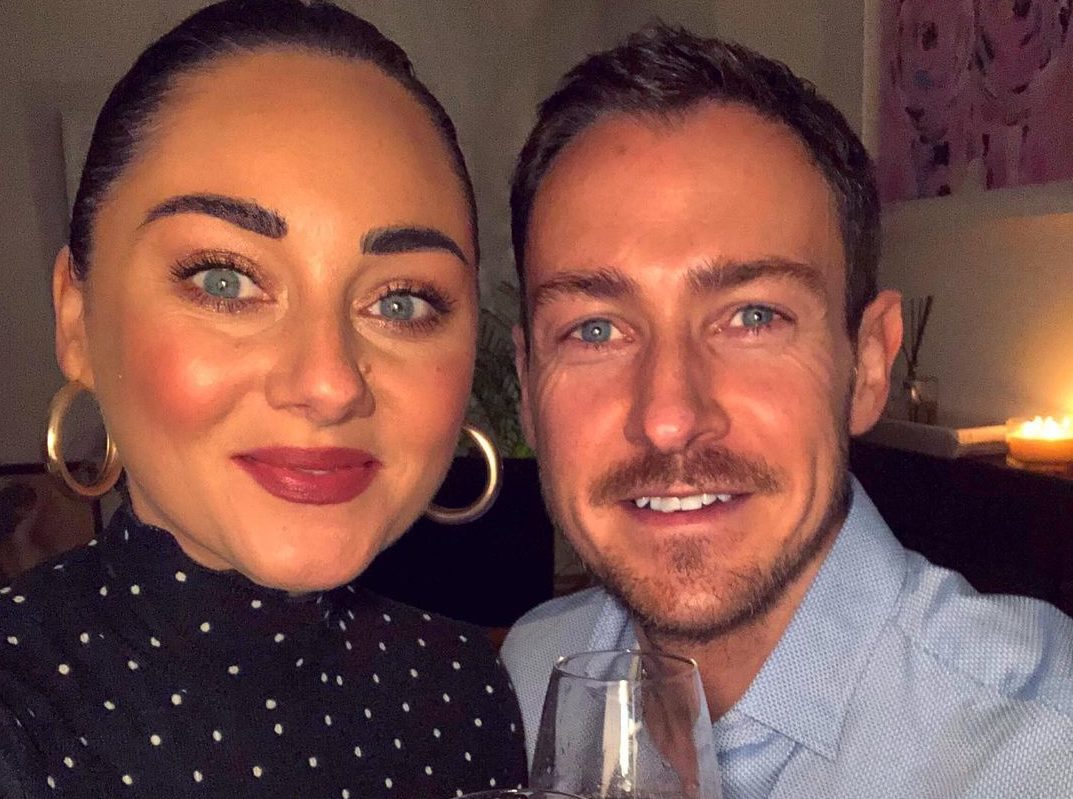 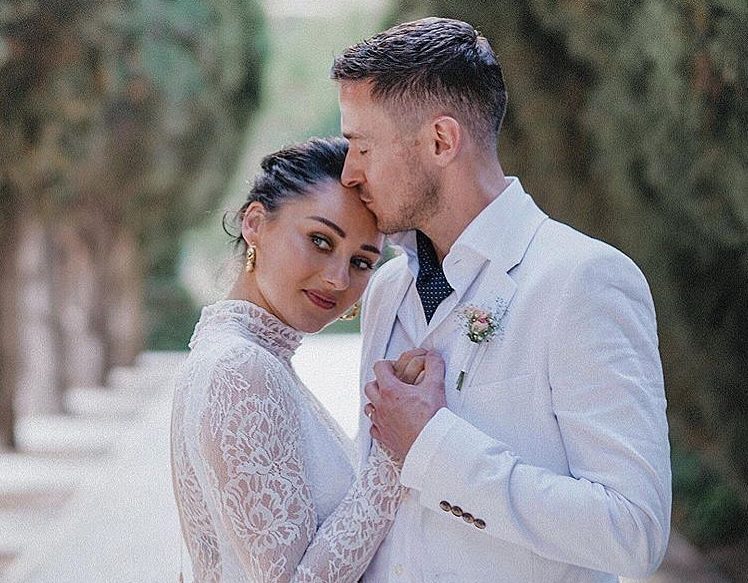 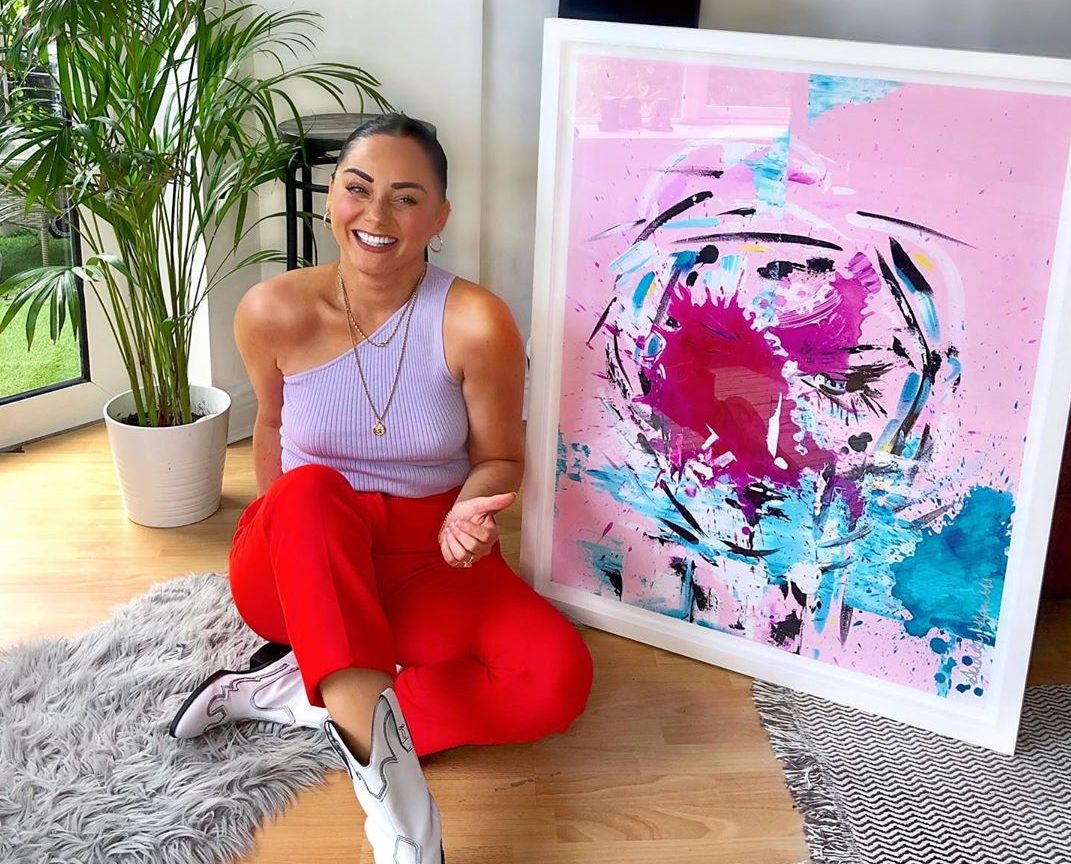