Alan Brogan announced his retirement from GAA today, and the his younger brother, Bernard, paid a touching tribute to the Dublin player.

Alan has officially hung up his jersey after 14 years playing the sport, and in a statement released today said, “I would like to announce my retirement from inter-county football.

“I leave behind a wonderfully gifted football team but take with me many great memories, friendships and bonds.”

Taking to social media, Bernard  shared a touching tribute to his ‘hero’.

He shared a picture of the pair holding the Sam Maguire and said, “Sad day for Dublin! My hero hangs up his boots.”

The news of Alan’s retirement comes shortly after Bernard and a number of the other Dublin teammates returned from a trip to Thailand.

Bernard shared a video on Twitter, showing off some impressive diving skills, with the caption, “Great to be back in Dublin, will miss this though.”

Great to be back in Dublin, will miss this though #Thailand pic.twitter.com/misEJkcj7f

There’s a Brogan baby on the way! 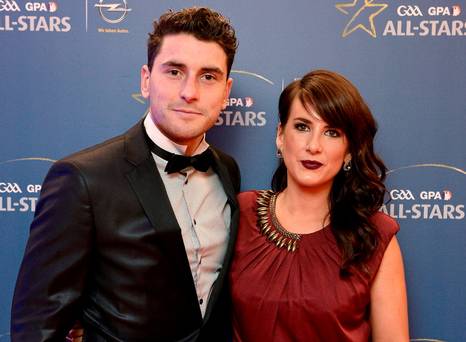 Why have Bernard Brogan’s wedding plans taken a back seat recently?