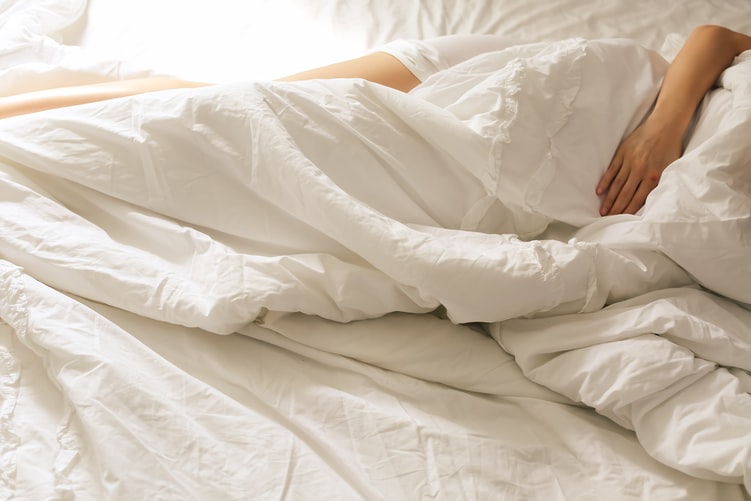 After months spent indoors, we couldn’t be more delighted to see the temperatures heat up outside, finally feeling the sunshine on our skin.

That is, until we want to get a decent night’s sleep. Hitting the hay when the day has been is above 20°C means often means that a night of tossing and turning awaits.

We’re all well aware of the negative repercussions that come with sleep deprivation. So, in order to avoid facing another groggy day why not try out these 5 tips below to beat that heat.

Instead of hopping in the shower first thing in the morning, change up your routine a little. Try showering in the evening as part of your bedtime routine. Keep the shower at lukewarm temperature and hop into bed not long afterward.

If you don’t have time to shower, you could try washing your feet or running your wrists under cool water.

If you’re up all night and need a quick trick to get you back to the land of nod, try out the wet towel trick. With few Irish homes equipped with aircon, rinse an old towel or face cloth with some cold water and place it behind your neck or on your stomach. You’ll be back catching some ZZZ’s in no time.

Living in a country that rarely sees sunshine means it can feel pointless to waste money on light sheets, however, it’s always worth having one set in your arsenal. If you haven’t yet, invest in some cotton sheets, unlike materials such as polyester which traps heat and makes the skin feel clammy, cotton is breathable.

In the lead-up to bedtime pop a pair of socks in the freezer (maybe warn your other half before they go rooting for some ice in there). Put on the socks just before you go to sleep and your body’s temperature should be regulated just in time for you to doze off.

You could also keep an emergency pair in there while you sleep for you to pop on during the nights you’re feeling particularly restless.

It’s advisable to skip any kind of sugary or caffeinated drinks before bedtime at the best of times but critical when it’s warm outside. This is because sugar and caffeine stimulate the nervous system, making it more likely for you to wake during the night, and inevitably ended in a couple of hours of tossing and turning once you do.

Instead, experts recommend reaching for some water an hour or so before bed, to ensure that you’re hydrated by allowing enough time for it to work through your system so there won’t be any night trips to the loo!