Vogue Williams took a trip to Disneyland yesterday with her children Theodore and Gigi.

The soon-to-be mother-of-three shared their first trip to the ‘happiest place on earth’ with followers admitting she had never been as a child herself. 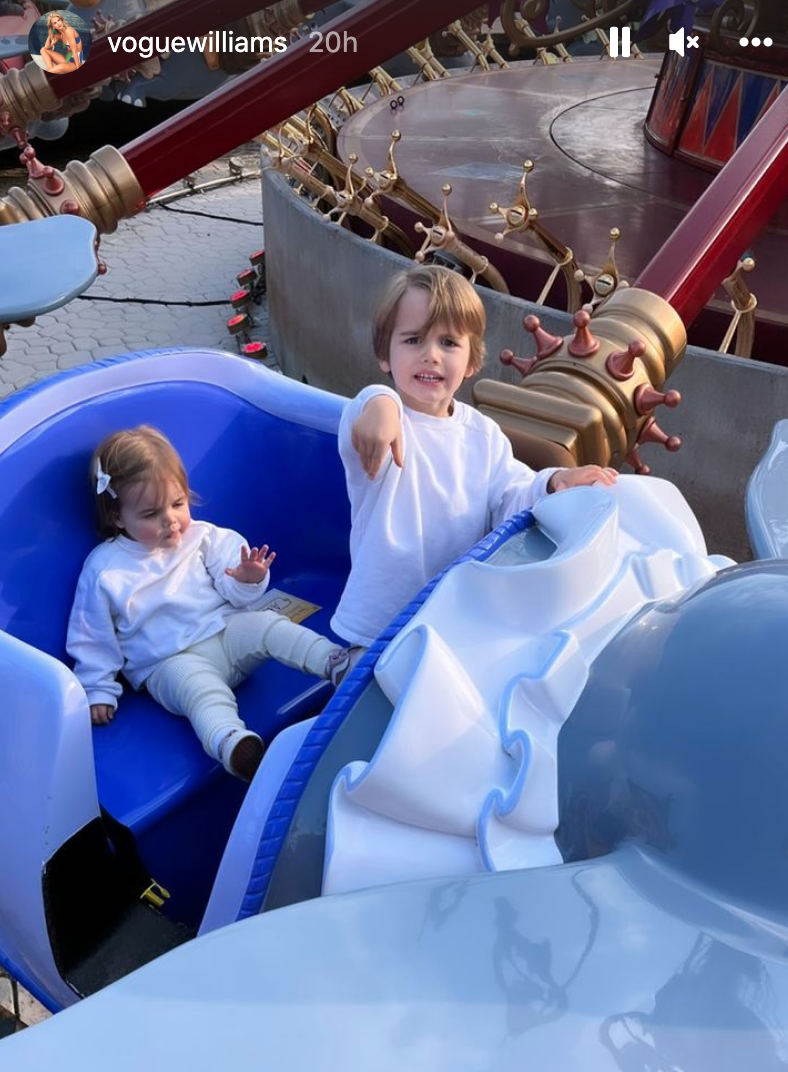 “They looooove it here,” she said, sharing a snap of her children on the flying Dumbo ride.

Continuing she said,”I never came as a child and always wanted to bring them.” 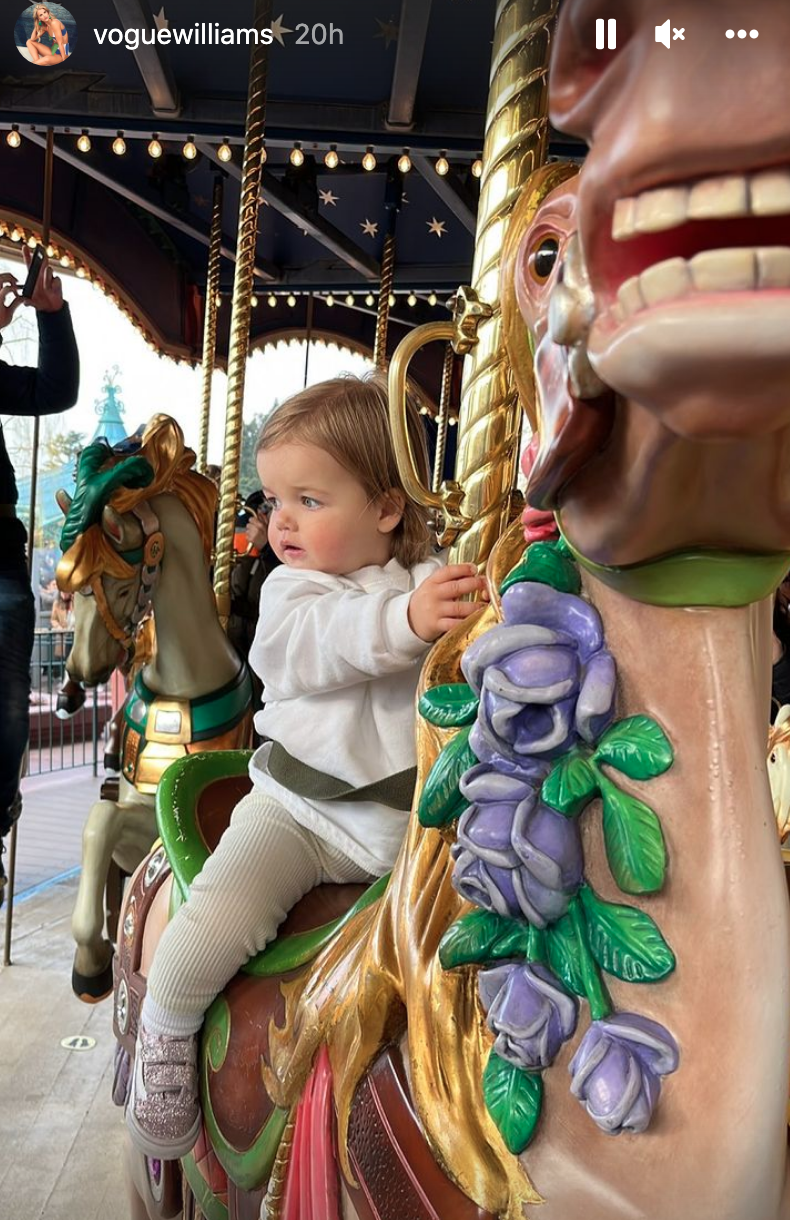 Although the three didn’t arrive at the park until later in the day, they got a lot of activities in for the time they had, “Five rides and two parades” to be exact! Of course with a jam packed day like that they were bound to be tired, relaxing in the bath after the long day Vogue said, “I am exhausted. As are they! Fun tired, always the best kind of tired.”

Although Gigi was also wrecked it seemed she didn’t want to leave the fun behind as the podcast host explained her daughter “refused to nap without the light sabre.” So cute! 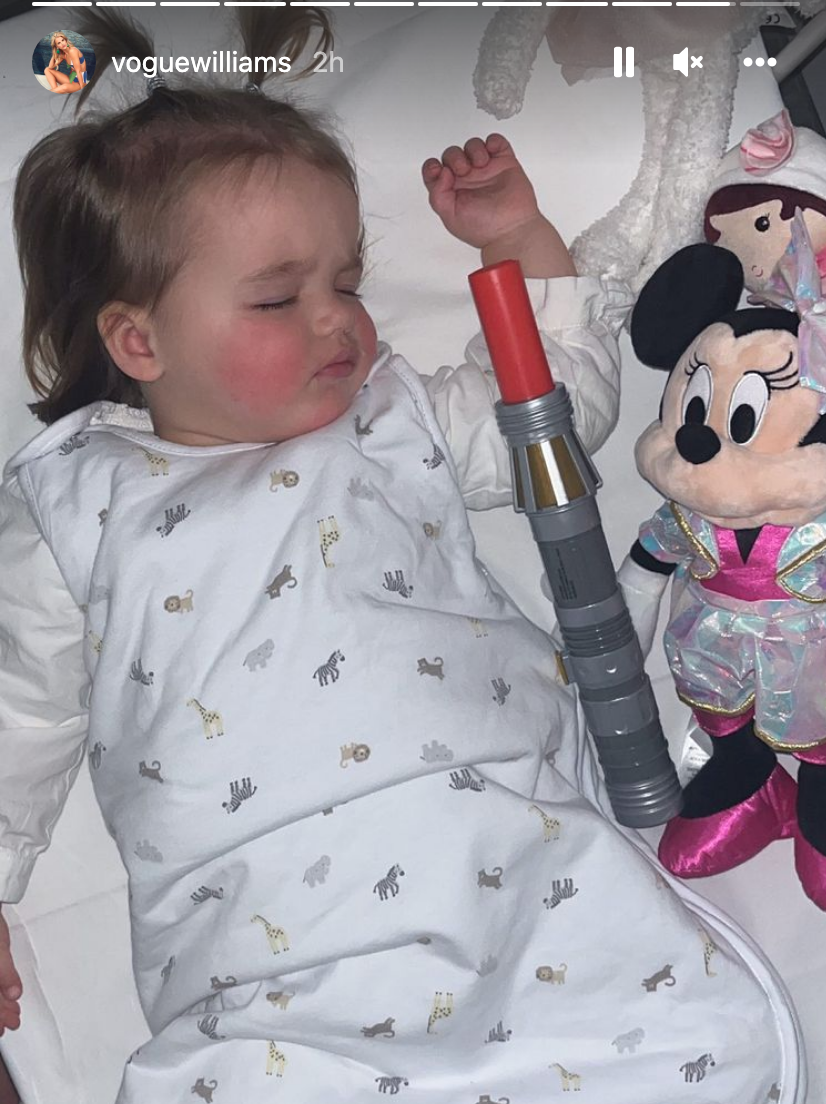 Vogue is expecting her third child with husband Spencer Matthews very soon and it seems Theodore and Gigi are getting on really well as they await the arrival of their baby brother.

Posting a sweet snap of Theodore and Gigi playing on swings recently, she wrote, “They really are mad about each other, best pals already. Obviously they fight, Gigi likes to take the odd nibble out of T and very much enjoys pulling his hair but they play together all the time, a third little pal for their gang arriving soon.”

Ah we love their family content, they are so cute!