For the first time in almost 30 years, The Late Late Show is leaving the country for an interview with none other than ‘The Boss’, Bruce Springsteen. Also on this week’s jam-packed show is journalist Jeremy Paxman, Olympic winner Rob Heffernan, model and presenter Vogue Williams, designer Don O’Neill, sexologist Emily Power Smith and columnists Brenda Power and Ian O’Doherty.

The Late Late Show very rarely leaves the RTÉ campus, let alone the country, and it has been almost 30 years since a guest was interviewed outside of Ireland. This week, host Ryan Tubridy flew to London to have a chat with Bruce Springsteen- and when ‘The Boss’ comes knocking, you answer!

Back in studio, British journalist Jeremy Paxman will open up about his troubled relationship with his father and how it influenced his career. The man who left Britain’s politicians quivering in shock after they appeared on Newsnight will be telling viewers how he did it.

As he finally collects his Olympic medal, Rob Heffernan and his coach – and wife – Marian will join Ryan to talk about missing out on his podium moment in London and how it feels to get his silverware four years later.

Model and tv presenter Vogue Williams will be on the couch to talk about her new show Vogue Williams: On the Edge, where she tackles everything from transgender identity to doing internet drugs.

Designer Don O’Neill will be giving viewers a chance to see some of his stunning creations, and he’ll be talking about dressing some of the most famous women in the world, including Oprah.

Also being discussed will be Taoiseach Enda Kenny’s recent call for a national conversation about pornography. Sexologist Emily Power Smith and columnists Brenda Power and Ian O’Doherty will debate if that conversation is necessary, the impact of pornography on young people and whether action is needed.

Music on the night will also be provided by The Sugarhill Gang and John Spillane. You can catch this week’s The Late Late Show this Friday on RTÉ One, at 9.35pm. 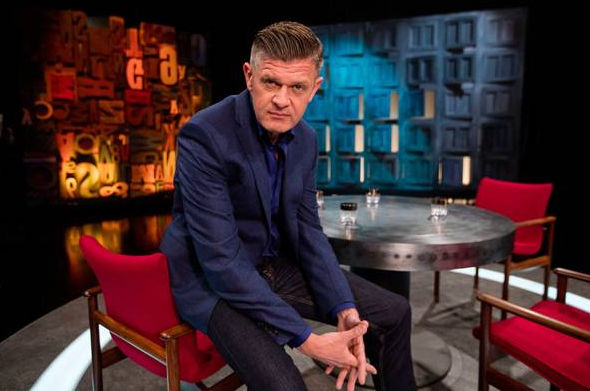