It’s just around the corner now!

The Late Late Toy Show preparations are well and truly underway ahead of the big night on the 26th of November.

Presenter Ryan Tubridy gave his followers a sneak peek at something special today on his Instagram stories.

Taking a video of himself in the Olympia Theatre, where children’s voices could be heard excitedly chatting in the background Ryan said, “I can’t say too much, but what I can tell you is that the office today is the most beautiful theatre in Dublin, The Olympia. All will be revealed soon.” 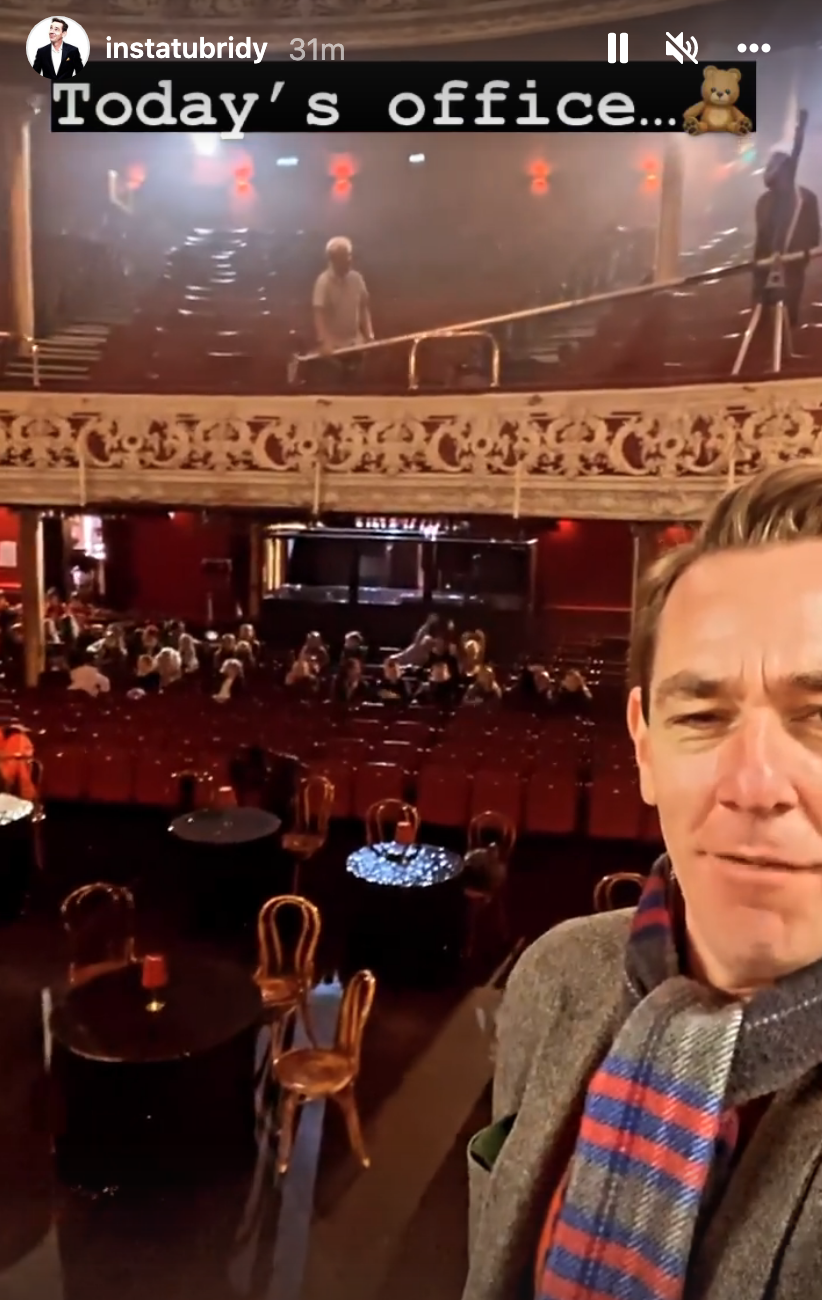 RTÉ released a trailer for the show last week and it has really set in the Christmassy feeling.

We haven’t received too many hints about the show just yet, although presenter Ryan Tubridy has revealed that he’s been ‘mocked’ over one of his Toy Show costumes during recent secret filming.

Speaking on his RTE Radio One show, Ryan revealed: “I was mocked yesterday, I was filming last night in Ringsend, can’t really go into any detail, it is all part of the top secret nature of it.

“But one of the things I had to do was carry a very heavy ladder around the place for a little while.

“A wooden one, you know the one that comes out with two sides of it, just in case you think it was a cheapy… It was a big heavy one for effect. And oh my God, the laugh people got out of it, seeing me trying to carry a ladder.

“I carried it with great skill. And I had to wear hiking kind of boots, and they said ‘Is that the first time you’ve ever had to wear work boots?’ and I said ‘excuse me, look at my hand, I’ve been working in construction for years’,” he jokingly added.

“Mockery was abound. But thanks to everyone who gave us a lovely welcome, we had a great time.”

Ryan then added, “And you will know all about it in due course. But not today or tomorrow.”

Recently, Ryan also shared on the radio show that this year’s Late Late Toy Show is set to be “very special”.

We can’t wait to see!