Rosanna Davison shared a sweet snap of herself and a then baby Sophia to her instagram stories yesterday, reflecting on how much has changed in the past two years.

Telling the story of the day in the picture she wrote, “Only look back to see how far you’ve come. This day 2 years ago singing to calm cranky 4-month-old Sophia..

“I had just had a miscarriage 4 days before this at 10.5 weeks pregnant & we went into the first lockdown the following week. Just 3 weeks later, Hugo & Oscar were conceived. So much can change in just a couple of years!”

The Irish model, conceived her twin boys just weeks after her 15th miscarriage and  welcomed a little girl, Sophia through surrogacy in late 2019 has been incredibly candid about their experience with her followers.

She is now a mother-of-three happy and healthy children. 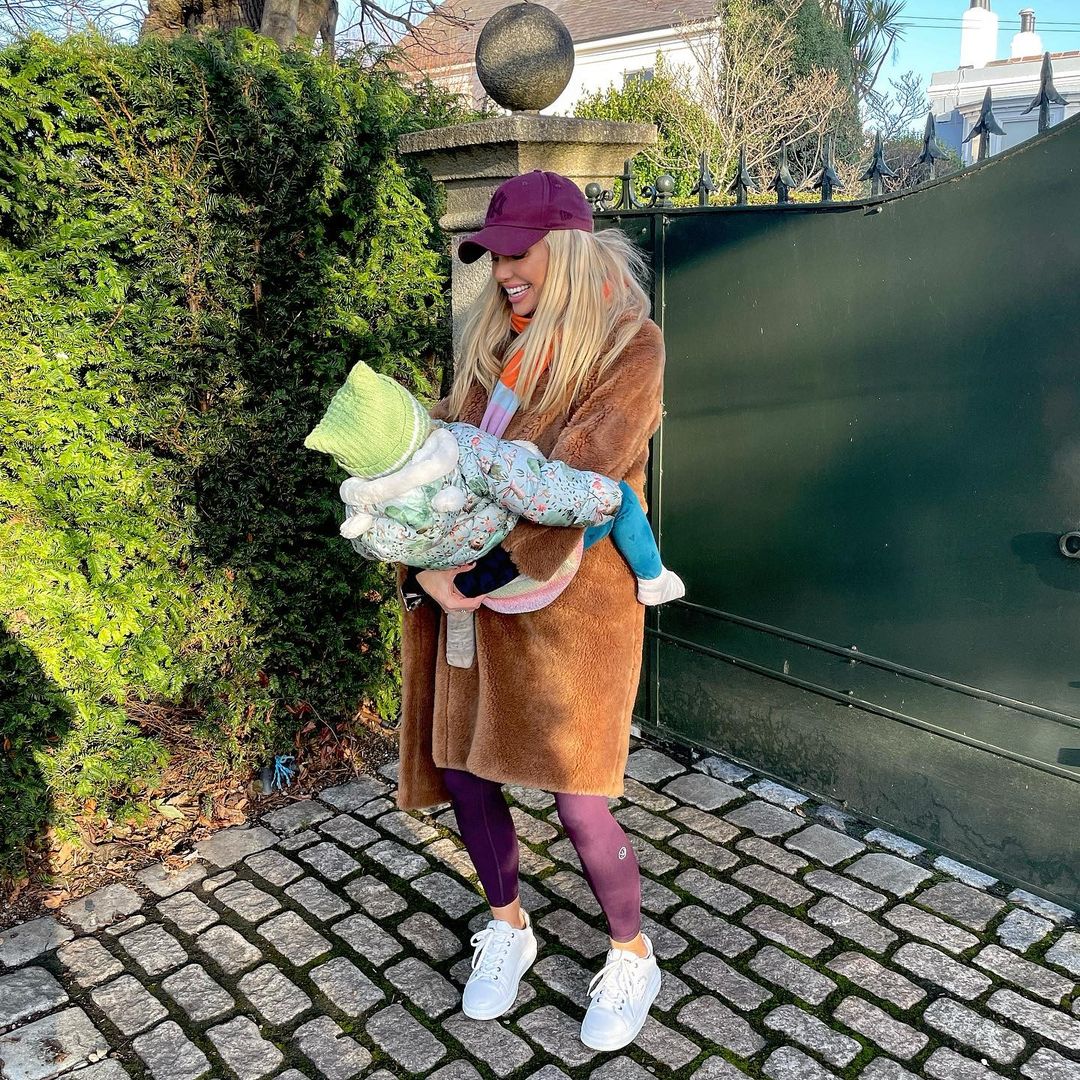 Sophia was born via surrogate in Ukraine and Rosanna has been actively trying to help their surrogate during this tough time in her home country.

She recently revealed she even offered her a safe place to live, Speaking to the Irish Mirror the influencer said, “I’ve been demented and sick with worry, seeing the situation getting worse. I feel very protective of her, I’ve invited her to come live with us.

Speaking of her surrogates situation Rosanna said, “They’re running out of food, she’s hemmed in on all sides and she can’t get out. I’m very upset – I’m in bits over it. We owe everything to her.

“I’ve been donating money to organisations on the ground like Unicef Ireland. I’ve donated baby supplies and nappies to another organisation. It’s hard to know what to do, beyond that. So I thought at least I can offer her a safe place to live in, who knows what will happen to the Ukraine. To give her the option at least so she knows she has somewhere safe to come to.

“We just don’t think at this point she will be able to leave the city, as it’s surrounded on all sides by the Russian military and it was confirmed today that Russia has officially taken over her city.

“She said to me yesterday she was very scared but they were safe and there was a lot of gunfire outside and a lot of commotion. She said there was still running water and electricity but she doesn’t know for how long it will be there and food is starting to run out. Things are worsening where she is.