Ricky Gervais has shown his support for an elderly Irish man who is campaigning to keep his dog alive.

The man, Donal Rodgers is a retired Garda who owns a small jack Russel named Kim.

Kim bit a woman while on a walk in Co Roscommon. The woman reported the incident with the District Court as she claimed that her wound required stitches.

The court then ruled that Kim would have to be put to sleep due to her behaviour.

Leaving Donal devastated, he decided to take action and set up a go-fund-me to raise money to take legal action against the ruling.

Donal says that 5-year-old Kim has never displayed any signs of aggression. Spreading the word far and wide, one Twitter used tagged English comedian Ricky Gervais in a post about it. Spotting their plea for help, Ricky shared the post, asking if anyone he knows could help to save the dog.

This is so sad and frustrating. Anyone out there know how this dog can be saved? #SaveKim https://t.co/kVaz8XWRWh

“This is so sad and frustrating. Anyone out there know how this dog can be saved?”

Donal’s goal of raising €5000 has been surpassed, with the page now boasting over €12,000 from supporter’s donations. 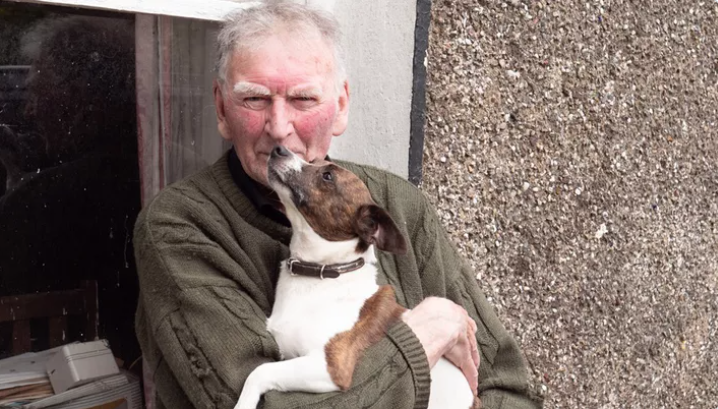 An update was shared on the fundraising page, and it seems Ricky and co’s good efforts have paid off as those involved are creating solutions to keeping Kim safe.

“We are looking to arrange safe fencing on Mr. Roger’s property for him, along with electric gates for his driveway. We are also going to set him up with security to keep him and Kim safe from future incidents like this,” the page reads.

“We are going to start work on all this very soon. I will be paying the workmen and suppliers on behalf of Mr Rogers.”