It was the 40th birthday of Dubin Wives and Celebrity Salon star yesterday, and she celebrated in style in Seville with fiancé Kas Dahl and son Thor in Spanish city Seville, close to their new home in Marbella. Virginia posted two pictures on her Instagram account, showing the couple, and their son Thor, in the 5-star Gran Melia Colon hotel in Seville, where the family were seemingly unconcerned about the legal storm currently surrounding them.

In the post, Virginia commented “Thank you so much to the (Gran Melia Colon) hotel.. what a wonderful stay we had”, before singling out Kas with the message “and thank you to my beautiful fiancé for always spoiling me.” And in another pic, Virginia wrote “love the red foyer … so passionate and pretty.”

News emerged today that Kas, having been arrested in Marbella in early December, has apparently to report in to Spanish police each day, as he continues to fight extradition back to his home country of Norway, where he is wanted in connection with  property fraud.

The former star of TV3’s Dublin Wives got engaged to Kas three years ago, following the birth of their son Thor, and ever since then rumours of Kas’ involvement in a shady land deal in Norway circulated, culminating in his ultimate arrest, then release. The couple moved to Marbella permanently with their son a year ago, and were photographed exclusively by VIP magazine last summer, in which Virginia talked about the ongoing case against her fiancé.

Talking about the ongoing case when she the family appeared in a VIP photoshoot last summer, Virginia commented “It’s such a complex case, it’s going to go on for years and we don’t know what the outcome will be,” she told VIP. “But it is nothing like as clear cut as has been said in the papers…” She added that the family were getting on with their lives, and “I am a very positive person. We have a great lawyer and I’m confident it will all work out.” 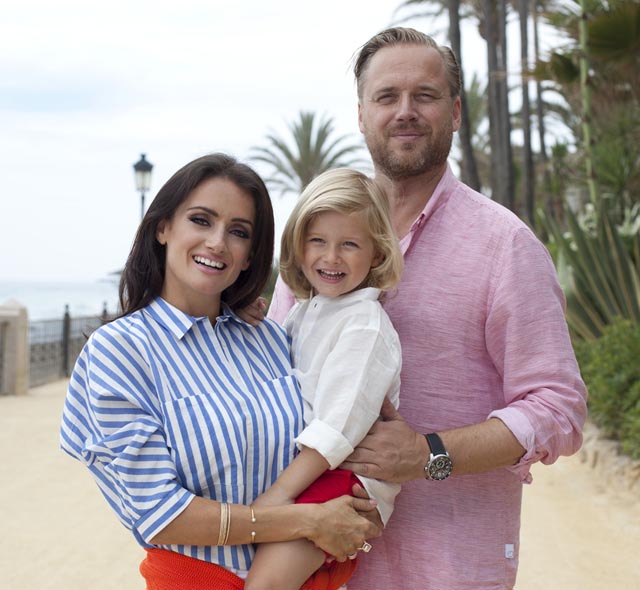 More heartache for Virginia Macari on her 40th birthday