Socialite turned swimwear designer Virginia Macari celebrates her 40th birthday today, but it will not be the happy event that most people would wish for. News has just emerged that her fiancé of three years, Kas Dahl, was arrested again last month as part of an ongoing fraud investigation in his native Norway.

The former star of TV3’s Dublin Wives got engaged to Kas three years ago, following the birth of their son Thor, and ever since then rumours of Kas’ involvement in a shady land deal in Norway circulated, culminating in his ultimate arrest, then release. The couple moved to Marbella permanently with their son a year ago, and were photographed exclusively by VIP magazine last summer, in which Virginia talked about the ongoing case against her fiancé.

“It’s such a complex case, it’s going to go on for years and we don’t know what the outcome will be,” she told VIP. “But it is nothing like as clear cut as has been said in the papers…” She added that the family were getting on with their lives, and “I am a very positive person. We have a great lawyer and I’m confident it will all work out.”

Talking about Kas, Virginis said that “He’s an amazing person, really kind and gentle. He’s an amazing father and an amazing businessman.” And referring to the allegations of fraud against him, Virginia insisted “This is not him. 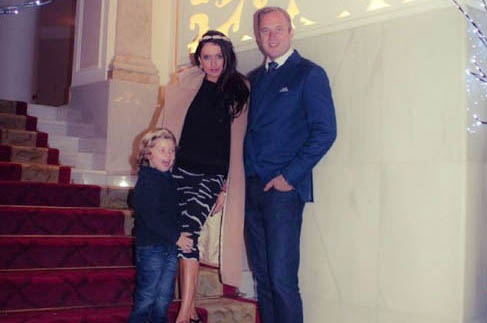