That’s right, Paul Hollywood recently opened up about his love for our beloved Island while chatting to Ryan Tubridy on Thursday morning.

Speaking on The Ryan Tubridy Show, The Great British Bake Off judge couldn’t help but touch on his favourite Irish food as well as his connections to Ireland.

“I love it,'” Paul told Ryan. “I love the people. I love Dublin, I think there is such a buzz in Dublin when you are walking around.”

“I just fell in love with the place. I know family-wise there’s DNA in my blood that goes back to Ireland, I’m trying to dig around in that to try and find out,’ he added.

Paul also discussed his time in Roscrea, where he filmed City Bakes back in 2017 and couldn’t help but mentions the “beauty” of baking soda and boxty bread with the monks in Roscrea’s Cistercian Abbey.

“The problem is, a lot of the monks aren’t picking up the mantle and making bread,” he explained.

“‘They were worried that no one was going to pick it up. I hope someone has because that was 20 years ago now — I went in there and made a few breads with them and we gave it to the school over in Roscrea.”

Surprisingly, Paul revealed that the Cistercian’s prior even asked him if he ever considered becoming a monk himself — something he couldn’t do because he wasn’t Catholic or single.

However, he did appreciate the offer and expressed how “beautiful” he found the whole place.

Knowing a masterpiece when he sees it, Paul also mentioned how spectacular he found Irish soda bread.

“I was loving it, absolutely loving it. The beauty of Irish soda bread is its simplicity and the speed that you can do it.”

Well, we couldn’t agree more with you! 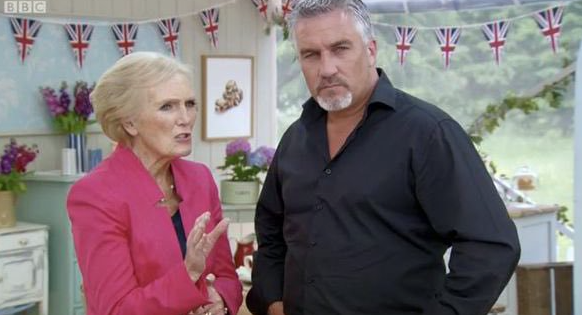