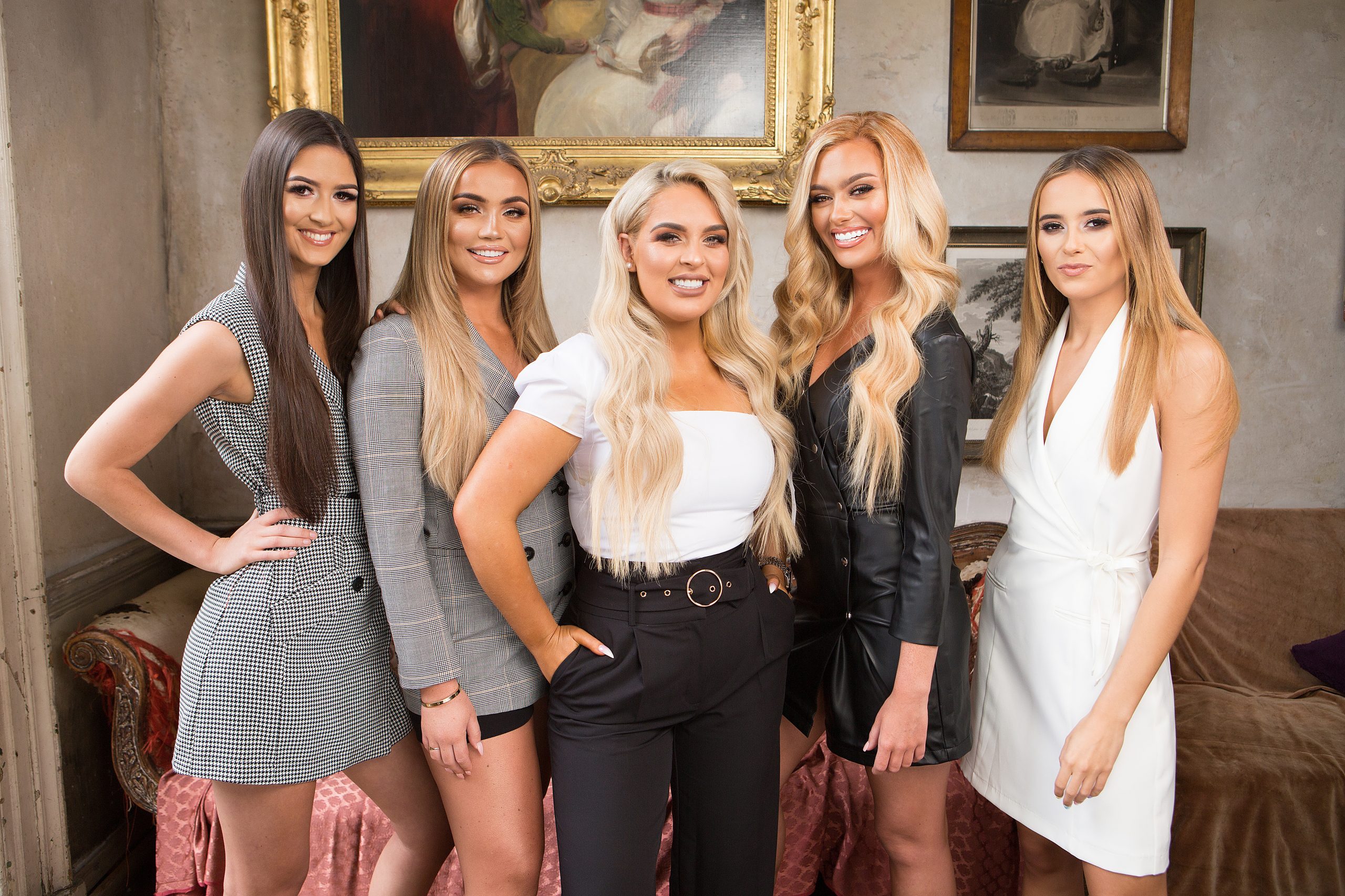 When you think hair extensions, you think Platinum. The Irish brand exploded onto the market just over a decade ago.

And now it is a titan in hairdressing.

Onagh, over the last few years Platinum has gone from strength to strength. tell us how you got the company to where it is today.

We launched in 2011 on a shoestring budget. It’s when social media was really kicking off and that’s what helped us at the start. Initially, we relied heavily on brand ambassadors and at one stage we had 200 of them on board. Now, we’ve cut it down to 50 because it wasn’t attainable but it did work for us when things were taking off. These days, the brand and the product speaks for itself. We have three salons now, a distribution company and a training academy. We have multiple arms to the business and as they’re all intertwined, they all give each other leverage. This is our eleventh year in business. We started off as two people and now we have 45 members of staff, we had no stockists, and now we have 650 around Ireland and the UK. Things are going really well, thank God. It’s all down to graft, a really strong team and a good support network of family and friends.

Had you always dreamed of owning your own business?

I didn’t have any intentions actually. One day when I was about 16 I was getting my own extensions done and the girl doing them said it was great, she had a full time job and did nixers on the side. I was thinking about how I was going to get through the college doing a business degree and afford life. At the time you didn’t have to be a hairdresser to do extensions, it was when Hairspray was really big, and anyone could walk in for some training. That’s what I did, while also waitressing at the Martello, Bray. I was lucky at the time, I had a monopoly of the market because there was nobody else doing them in my area. I opened a salon during my third year of college in Bray called Luscious Locks. I started hiring people when I was about 20 and came off the floor because I was really interested in sourcing the hair and going down the distribution line. It just grew from there.

What have been the biggest challenges you’ve faced over the last couple of years?

It’s hard to rely on really good suppliers and nail down the right one, ensuring your product is consistent at all times. It’s been hard because in our industry, it’s not like you can go buy 50,000 pairs of jeans which you know will all the same, hair is a natural product so it’s a different ball game. That’s been the hardest part I think, as well as overcoming the pandemic. All of our salons were closed for the guts of 14 months and it was tough but the fact we could rely on our online store and the distribution really kept us going. Myself and my fiancé worked through the pandemic. During lockdown, everyone had extensions that needed to come out so we sold kits for safe removals at home and shared lots of online tutorials. We had aftercare products too from the likes of Alfaparf and Moroccan Oil. We had about 300 orders a day so we were constantly packing things up inthe warehouse. It was our saving grace because if it was only salons, we wouldn’t have survived. 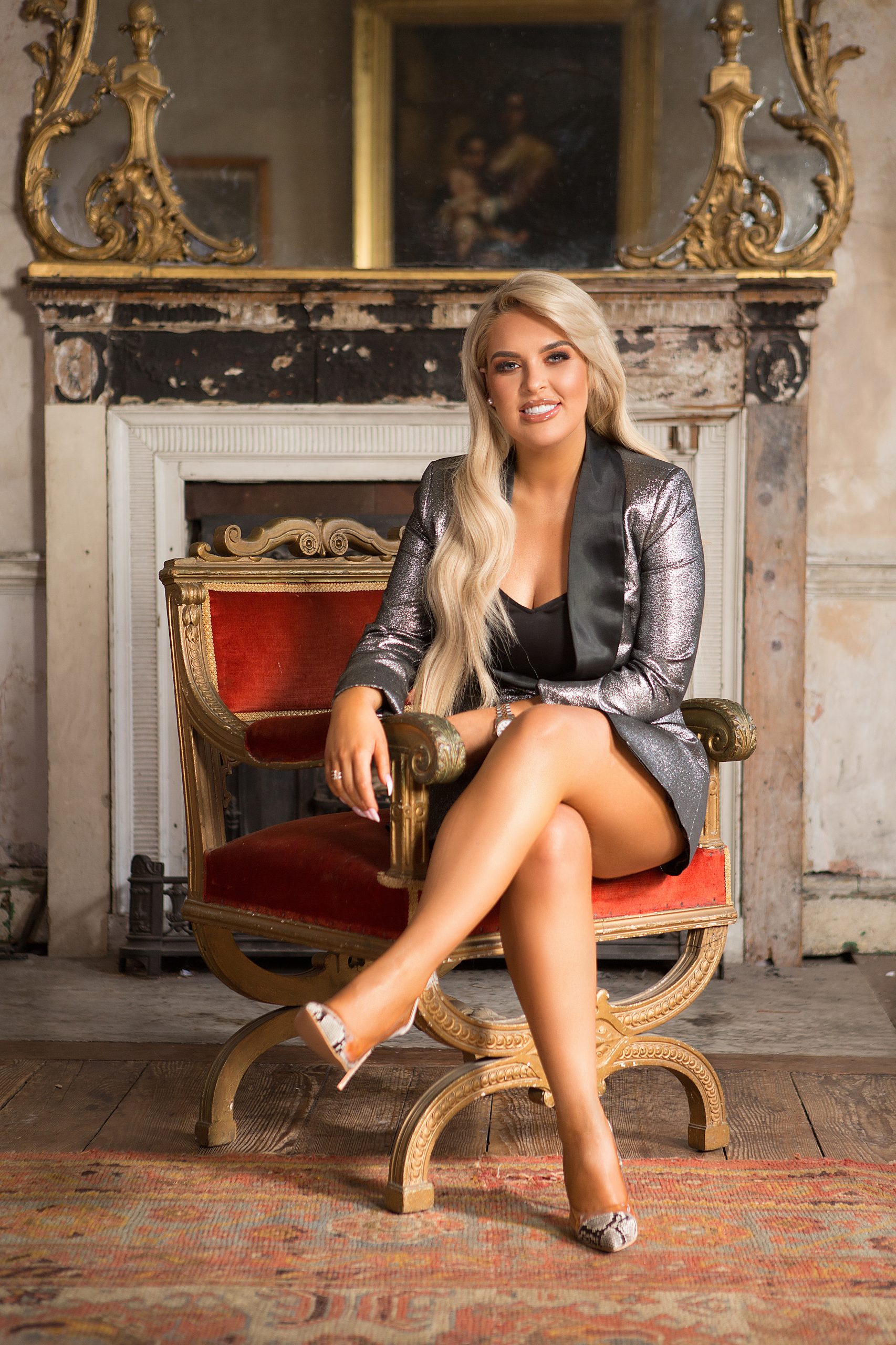 You mentioned the hardships but there’s obviously been some great things that have happened over the years, too. tell us about your proudest achievements and the most rewarding part of your job.

We started out on Grafton Street in a small office with four sections, but in 2018 we opened our flagship store on D’Olier Street so it was really big for us. We branched out and hired another 10 members of staff. Six months after that we opened our Galway salon, and then six months after that again, we opened the one in Cork. 2018 was our biggest year and my biggest highlight. Opening these salons is the most rewarding part, and knowing your product works and people feel amazing when they wear it.

For anyone looking to launch their own business and follow in your footsteps, is there anything that you know now, that you wish you knew when you first started out?

You have to be really resilient when you’re a business owner, and not be afraid to take risks and sometimes fail. We’ve brought out products that didn’t succeed and there’s been lots of ups and downs but you just have to pick yourself back up and get on with it. For people getting into the hair industry now, it’s completely different to how it was when I did it years ago. It’s really difficult with prices, it’s even hard to get containers to ship product.

Tell us, when it comes to fellow women in business, who inspires you the most?

I always loved Marissa Carter for what she done with Cocoa Brown when it launched. There’s a lot of salon owners who I look up to now, including Katrina Kelly; I think she’s amazing. It’s easy when you own a company and don’t work in it but when you’re in packing the bags and sweeping the floors, it’s those people who I have the most respect for.

Finally Onagh, what are your hopes for the future of Platinum?

We’re hoping to rebrand in January. We’re going to completely revamp all of our locations and we’re launching new products too. We’re hoping to open another store next year, outside Ireland. The UK market is very saturated so we’re going further afield. I’m scared because we haven’t opened anything in two years but I’m also looking forward to doing it all again.

In conversation with Michelle Dardis