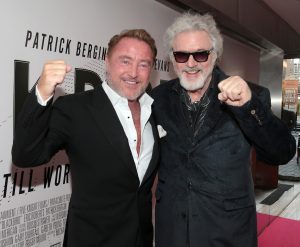 Michael Flatley and Actor Patrick Bergin at the Irish Premiere screening of Michael Flatley’s film ‘Blackbird at the Lighthouse Cinema,Dublin.