Not content with fronting two of the biggest shows on Irish TV – The Voice of Ireland and Operation Transformation – Kathryn Thomas is revealed that she will be the star of a new show designed to promote health and fitness for teenage girls.

Starting in Kathryn’s old school, St. Leo’s in Carlow, the eight-week series will see eight different celebrities returning to their school to get young girls involved in a dance group, which will ultimately lead to a flash mob featuring hundreds of girls being created.

The idea behind the series is to get young girls active by doing something they enjoy. As Kathryn says: “It’s a way of saying to girls, ‘It’s okay to break a sweat, it’s okay to have no make up on and be in a tracksuit and look a bit dishevelled and get out there and have a bit of fun’.”

The show doesn’t yet have a name, and the other seven celebrities haven’t been revealed, but it will be yet another string to the bow of the beautiful Carlow native, who turns 37 on New Year’s Day. Aside from her TV commitments, Kathryn has also started her own fitness boot camp business, which keeps her busy all summer, and is a great advocate for the belief that you don’t have to starve yourself to be fit and healthy. “I drink coffee, I eat bread, I like red wine, I eat cheese,” Kathryn recently revealed. 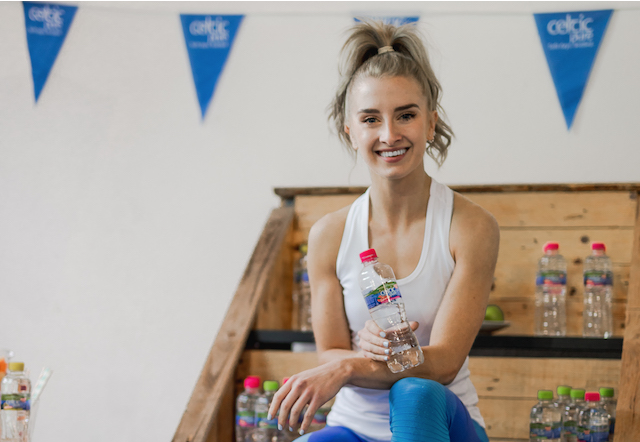 Pippa O’ Connor: “I haven’t been to the gym since I got married!”

Green with envy: Amanda Byram is our fitspiration!