Good news for Florence + the Machine fans as the band will play two massive gigs on our shores next year.

Florence Welch and her band are set to play a sold-out gig in the 3Arena this November.

But if you didn’t manage to nab tickets for that, they have just announced they will return in the summer of 2023.

They will play two outdoor concerts at Cork’s Musgrave Park on 26 June and Dublin’s Malahide Castle on 27 June 2023.

The indie rock group burst onto the music scene in 2009 with their debut album Lungs, which included hits such as Kiss with a Fist and Dog Days Are Over.

Since then they have garnered a loyal fanbase who were treated to their fifth studio album, Dance Fever, this year.

Tickets for Florence + The Machine at Malahide Castle next June start at €59.90 including booking fee and go on sale this coming Thursday at 9am via Ticketmaster.ie.

Florence + the Machine aren’t the only band playing our shores next year, Kodaline announced they will play Musgrave Park, Cork on Friday, June 23rd 2023.

And Harry Styles will take to the stage in Slane Castle on June 10th! 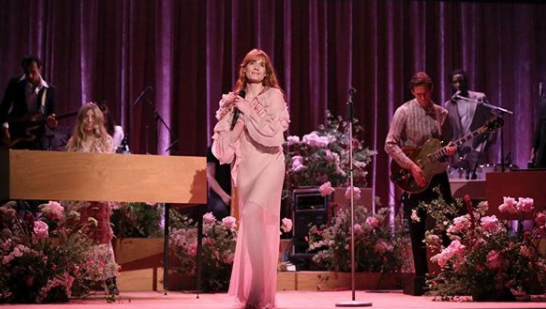