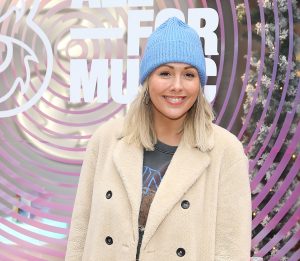 Tracy Clifford at the launch of Three Irelands City Stages initiative outside the Three Cruises Street Store in Limerick over the weekend. City Stages is designed to support the next generation of Irish musicians,currently performing on city streets, to progress their careers to the biggest stages in the country. City Stages will return to Limerick in January 2023 and tour Ireland over the following months, providing a platformfor buskers and emerging musicians to perform to new audiences and promote their music. Applications to perform are now open at 3.e/citystages