One might imagine working alongside Chris O’Dowd would be a laugh-a-minute – but according to his Moone Boy co-star Deidre O’Kane, that’s not always the case.

Deirdre has opened up about working alongside the funnyman on the hit Sky1 show and admits it’s not always easy work.

“Chris can be great fun to work with, but he is also quite demanding,” she said about the Bridesmaid actor.

But Deirdre wasn’t slagging off the Roscommon native – she said that the show’s success was down to his hardworking nature.

“I think Chris is gifted, massively brilliant. He has a very strong work ethic and demands a lot from himself as well as others.

“That’s what made it a very good show,” she told The Galway advertiser.

The comedienne recently revealed that Moone Boy will be coming to the big screen soon, admitting that it will be in production sometime next year.

“I say that’ll happen, the boys really want to do it and I think Sky are happy to pay for it so I say next year that will probably rock into production,” the IFTA winner said. 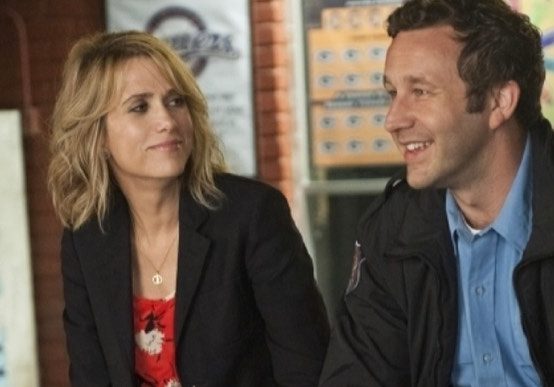