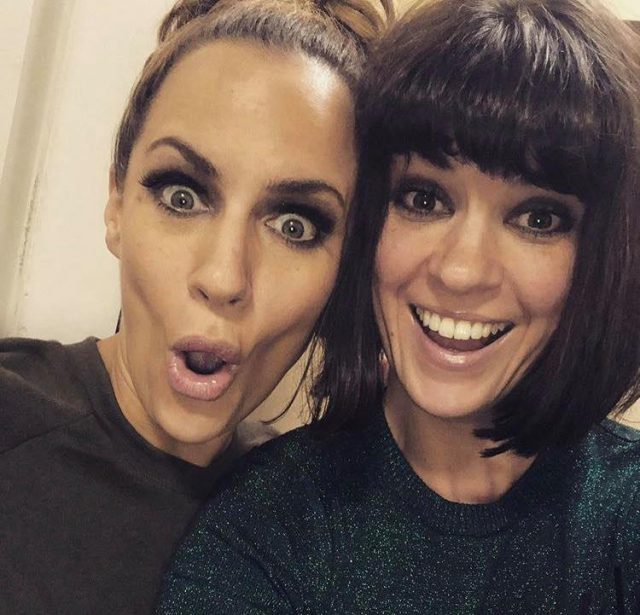 Dawn O’Porter has revealed that she believes her late friend Caroline Flack has been watching out for her from heaven, and sending her ‘signs’ since her passing earlier this year.

Dawn and Caroline had been close friends for years, before her tragic death this February. Caroline took her life on the 15th of February 2020, leaving friends and family devastated, including Dawn, and her husband, sctor Chris O’Dowd.

Going into detail about her grief in her new book ‘Life in Pieces’, Dawn says that although Caroline is no longer with her physically, she feels her spirit around her all the time, something which brings her great comfort.

“I feel her in everything. More than I have any other person I have lost. I feel like she is watching out for me in so many ways, and also just watching me, which I love. I miss her so much”

“Caroline has been throwing signs at me like fireballs and I’ve been catching them all and clinging on tight.”

Recalling one particular sign sent from Caroline, Dawn says that one day she woke up to her children’s toys being destroyed in her garden by crows, upon going into her garden to inspect the damage, she says she looked up into the sky to see the words ‘Be Kind’ be written by a plane.

“They (the crows) dive-bombed us every time we walked outside and then I learned that crows have funerals. Apparently, when one dies, they throw an event.”

“Which is f***ed up, because as they continued to draw my eyes to the sky, a plane started writing the words ‘Be Kind’ and a huge love heart, right above my house. I could not believe what I was seeing.”

“Caroline’s death had kicked off a social media campaign called #BeKind; then there they were, those words being written above my house, when I was already having a straight-up weepy moment about her and had had a particularly bad night.”

“And then her sending the crows in so I didn’t miss it. It’s all obvious” Dawn added.

Since Caroline’s death Dawn has shared multiple tributes on her social media for her pal, one recent one where she recalled the time that Caroline showed up to support Dawn on an important night for her.

“This was a big night for me. Caroline showed up, as she always did. I keep waiting for it to feel easier. It doesn’t.”

If you have been affected by anything in this post or are dealing with grief yourself, please visit: