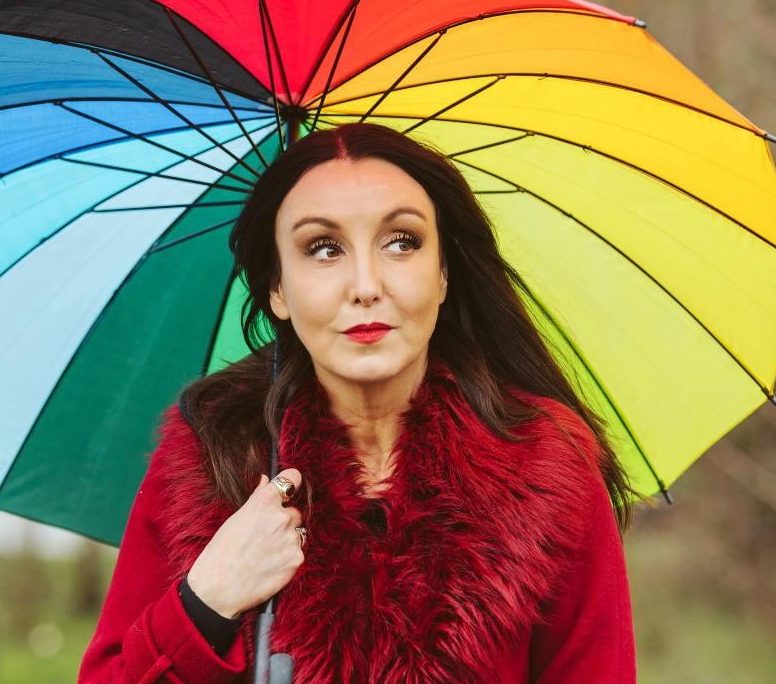 In July 2018 Clare man Brian Westropp-O’Callaghan and his wife, Zoe Holohan, had been married just four days when an unspeakable tragedy occurred on what was supposed to be their fairy-tale honeymoon. Brian and 101 other people lost their lives in the 2018 Greece wildfires. Zoe was one of the few survivors who was miraculously rescued from the boot of a burning car just seconds from death.

Zoe is the epitome of strength. And it is her inspiring story of love, loss and survival which is something that will stay with us. VIP spoke to Zoe about sharing her story in her extraordinary memoir as As The Smoke Clears, finding strength when you feel you have nothing left, and keeping the memories of loved ones alive.

Tell us about the moment you decided to sit down and write. Writing was a real form of escape for you?
I think it was when I first came out of hospital. I had spent a month in intensive care, in and out of surgeries. When I say, “in and out of surgeries” I mean surgery every two to three days and then I was flown back to Dublin to St James Burn Unit where I had an extraordinarily dangerous form of sepsis which nearly killed me. As a result of this I was put in an induced coma and from there it was a major battle for survival. But I survived and I just started writing.

Against all odds, you survived to tell your story.
I did. I was in hospital until about Halloween and up to that point my world had really just circled around medical matters, until I realised, “Ok you’re home now and you’re alone.” I was spending three to four days a week going back into St James for different therapies, but I thought “What else am I going to do?” I literally had this voice in the back of my head going, “You’re going to go insane if you don’t fill your time some other way.” And I have always kept journals. It has always been the place that I have gone to work things out and so with this; losing my darling husband, and losing my father, my whole life had suddenly changed, and this was about as momentous a moment as I was going to get. So, I started typing, just with two fingers really and once I started, I couldn’t stop. I kind of got halfway through it and I thought “Jeez there is something here.” 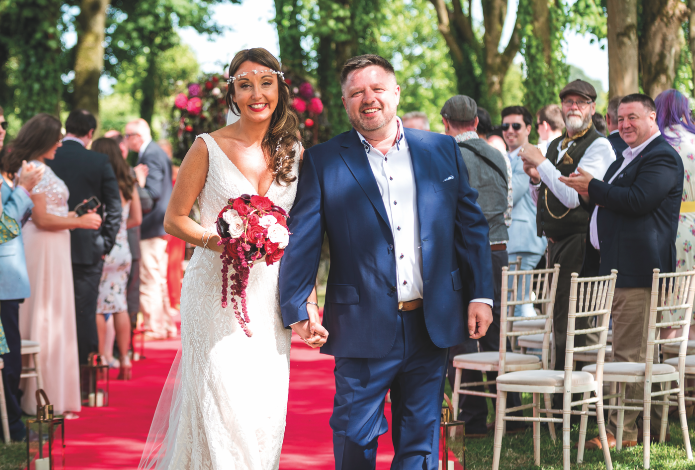 You describe your book as a “love letter to your guy”… that’s such a beautiful thing to turn your pain into a pathway to telling your story. It’s an important story to tell.
It is absolutely a love letter to my husband Brian. I felt this enormous pressure to make sure that I carried on his legacy. To let people, know what an amazing man had been lost. And I am sure for anyone out there who is in love, they are probably sitting there thinking their partner is amazing, but I can tell you that my guy was wonderful. [laughs] He really was. He was always doing work in the background for charity, for Blood Bikes East. He was always a man with a plan, he was always helping other people out. He was my hero of course but he just was a hero. He saved a lot of people’s lives so I wanted to talk about Brian a lot and carry on his name so he will never be forgotten.

And you mention it’s a love letter to the medical professionals who treated you as well?
Yes. I found that it also became a love letter to the health service because the people who looked after me in the Mitera hospital in Greece and in St James hospital were extraordinary. In both instances I was fighting for my life, and I was blown away by the tremendous love, kindness, attention and compassion that was shown to me by the surgeons, the doctors, the nurses, the psychiatrists and psychologists. 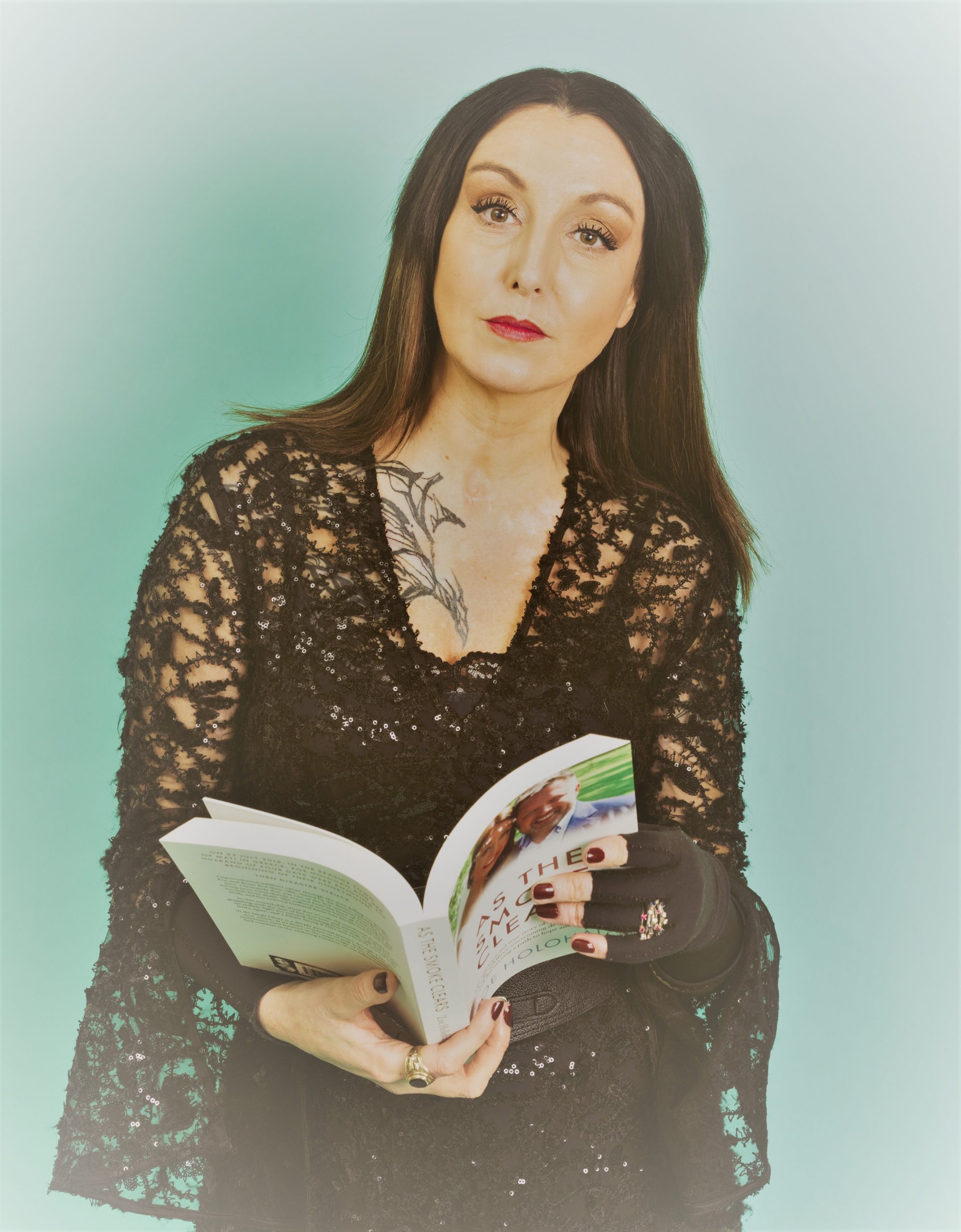 We love that you are also keen to inspired others.
Yes, I hope that people will be encouraged or inspired when reading my story. That even at the very darkest hour, we all have this inner warrior spirit within us, that if you can push through with it you can overcome unbelievable obstacles.

Lets talk resilience. We have all had to dig deep for this past year as life has whipped the rug from under so many people. You, to us, are the epitome of resilient. Where do think you get your mental strength from?
I don’t even call it strength; I call it stubbornness [laughs] I don’t think any of us know what we can overcome until we’re faced with those issues; facing into their worst nightmares…worse than nightmares. Particularly people who have a sudden loss. And yet, the human spirit is an amazing thing, and you wake up every morning and you just put one foot in front of the other and hope for the best. I will say though that I got a huge amount of help. I had so many people around me nurturing me and caring for me, and I got the very finest medical assistance. I wish everyone could have therapy because it really did help me deal with the complex grief and the fact that I had to address that I was going to be living a very altered existence from here on out.

You mention the fact that you have had to navigate 25 surgeries and yet nothing compares to the grief. What do you think you have learned about grief? Does it change shape?
Time does not heal. We are forever changed by the experience of loss and there is no going back to who you were beforehand. You learn how to carry it better. It is true because you will go through certain processes. The first year is the cruellest year because there are all those firsts that you must go through. In my case our wedding anniversary was four days before Brian’s death anniversary and three weeks later my father Colm’s death anniversary, as he sadly passed away in Ireland three weeks after Brian. So that first year wiped me out. As I say I was very lucky that I was going through therapy at the time. And I do think you learn to carry it with a bit more grace as time goes on. 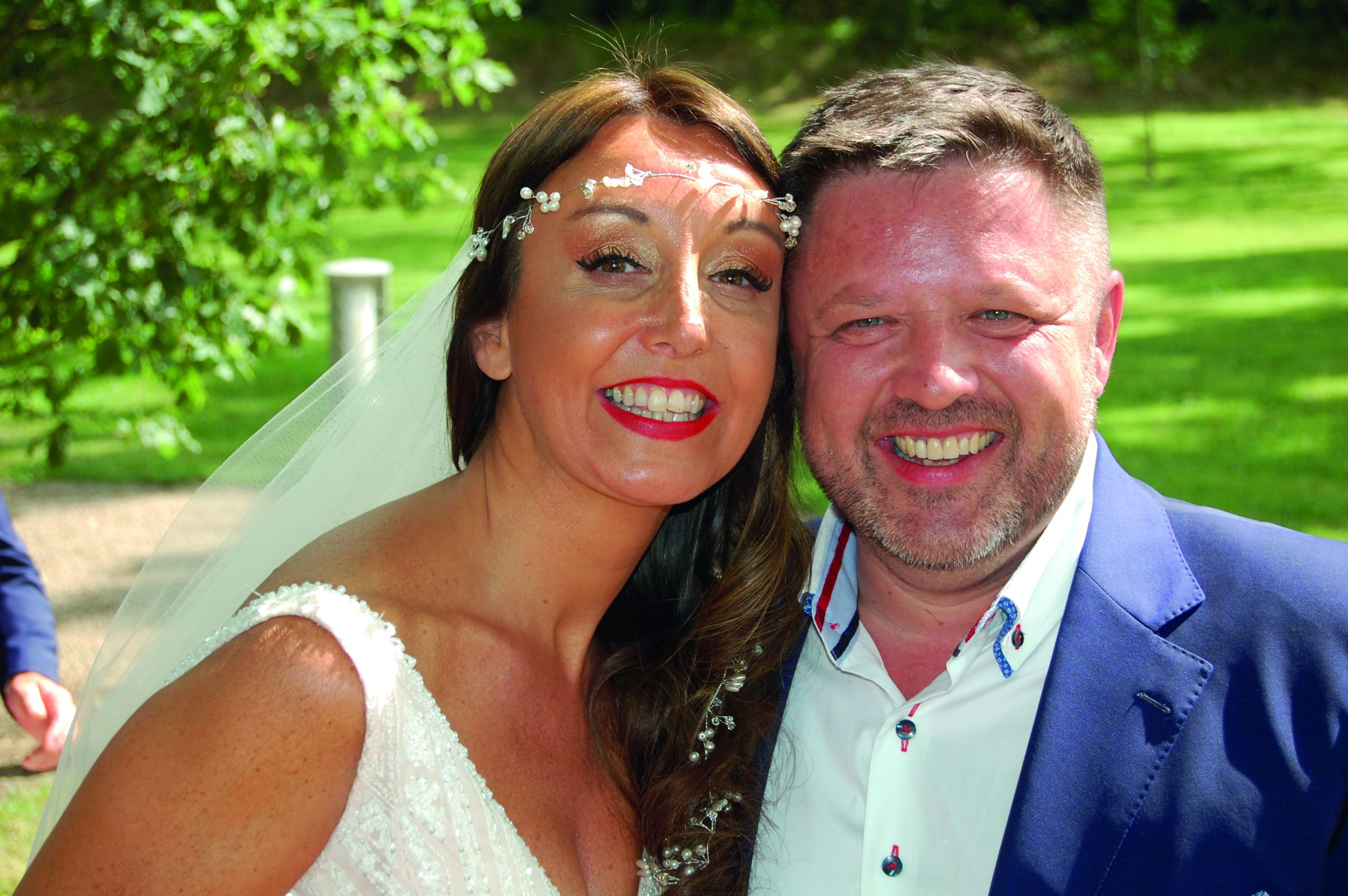 Do you think you have gained a new layer of empathy?
Yes. I can see other people’s loss, I can see other people’s hurt and pain, more so than I would have done before. I think you gain a better understanding. I always would have considered myself a compassionate person, but I think now I am a hundred-fold more-so. An interesting response to the book has been so many people have been contacting me on social media and its literally just people who want to talk about their grief and they don’t have anywhere to go. And the best thing you can do in that situation is listen to them. I could not attend my father’s funeral as I was still in hospital so I really understand and hope they will find a way to celebrate that person’s life.

Tell us about the power of visualisation. You visualised yourself walking in the Phoenix Park at a time when it was uncertain if you would ever walk again?
In Greece I was working with this amazing physiotherapist called Yani and he kept getting me to visualise walking again. And in those early days when I could not move any limbs, the power of the mind is just amazing. I started thinking about the Phoenix Park and where I loved to run and there’s a particular route that I have always taken. I first learned how to walk again in Greece, and it was excruciatingly painful but nonetheless I built up to the point of being able to take my first step and then I took 13 amazing steps. In my head the whole time I was visualising that path in the Phoenix Park.

When I got back to Ireland, I contracted the sepsis called TEM and that brought a range of new health challenges but eventually I got there. I cannot describe how amazing it was the first time I went back, and I did the old trek. It is quite a long trek… it is about 7 or 8km so it took a long time to build up my strength in order to do that and it took me about three times the amount of time that it would have but it was just a phenomenal moment.

You spoke about how it was difficult to think about even those happy memories… does that change?
Yes. There is a chapter in the book called ’The insanity of grief’ where I really did feel like I was gone a little bit looney toon for a while. There were times where I would spot somebody on the street or in the hospital complex and he would morph into my father just for a second. And then I felt the guilty in that I wasn’t seeing Brian. But remembering the happy moments has become easier, I think.

Has releasing this book been a cathartic experience?
When people talk to me about the book it gives me huge pleasure. It’s keeping the legacy of Brian and my dad going and ensuring they are remembered and that is really special. They were the two people who were always encouraging me to write. I am hoping they would be happy to know I did it and that people are talking about them and remembering them.

As the Smoke Clears is priced at €16.99 and available from all good bookstores.

With thanks to Ellen Monnelly at Gill Books.