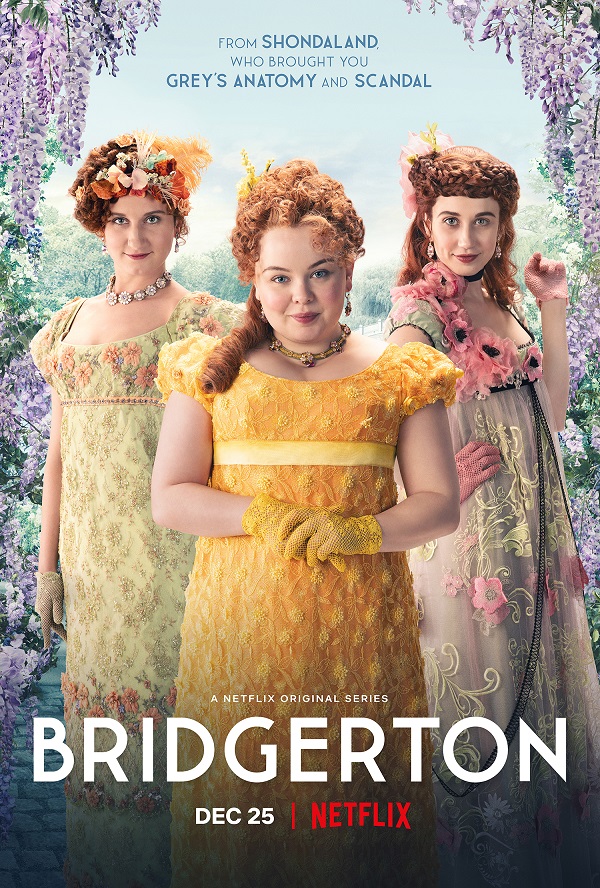 Derry Girls star Nicola Coughlan has joined forces with acting giants such as Julie Andrews and Jonathan Bailey in a brand new period drama set to be streamed on Netflix this Christmas.

The series, named Bridgerton, is best on Julia Quinn’s best-selling novels, which follow the story of eight siblings from a wealthy family as they embark on a journey of finding love, and ultimately marriage. Netflix have descibed the plot as:

“Hoping to follow in her parent’s footsteps and find a match sparked by true love, Daphne’s prospects initially seem to be unrivaled. But as her older brother begins to rule out her potential suitors, the high society scandal sheet written by the mysterious Lady Whistledown (voiced by Julie Andrews) casts aspersions on Daphne.”

As we mentioned above, our very own Nicola Coughlan is among the star-studded line-up and has been taking to social media throughout the duration of filming to share some behind the scenes footage of the series. Sharing her excitement at the release of the trailer and the feedback she received from fans, she took to Instagram to say:

“A dream come true doesn’t cover it, I can’t wait to share this world of excitement, scandal, and drama with you all this Christmas.”

Briderton will be released on Netflix this Christmas, December 25th, and if you can’t wait until then check out the official trailer below.