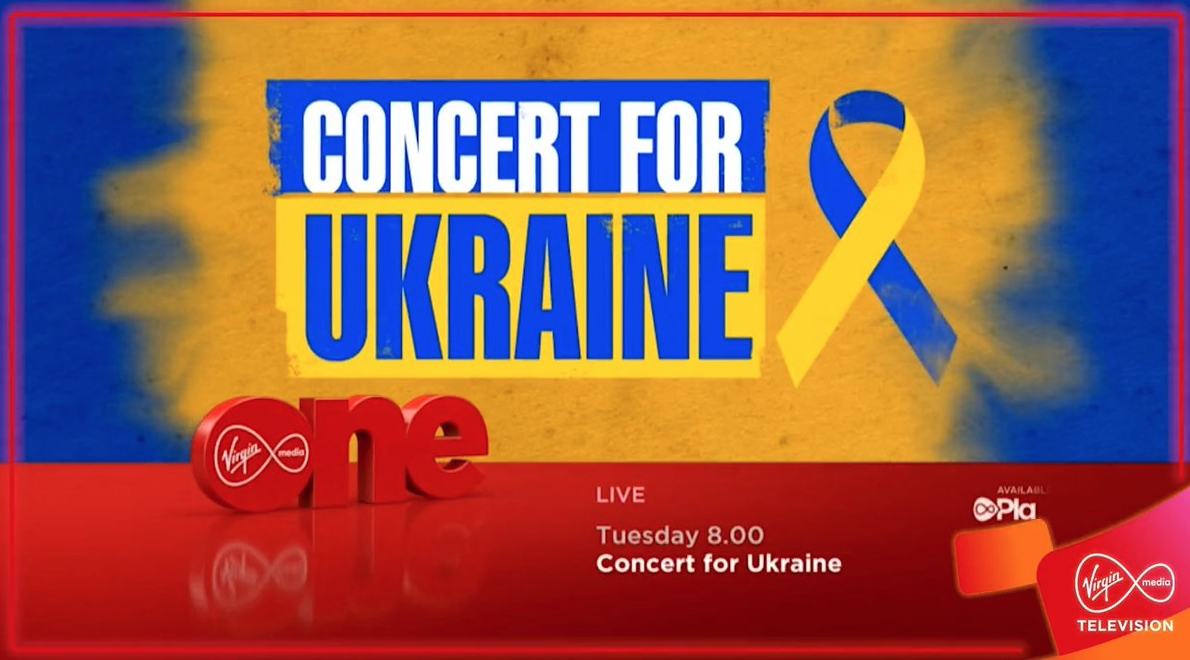 Tonight will see Virgin Media One air a very special concert all in aid of Ukraine. The two hour concert which airs this evening is a fundraiser with all of the proceeds going towards the Irish Red Cross and the Irish Emergency Alliance.

It will be broadcast live from Birmingham with an incredible line-up of acts set to perform including Nile Rodgers & Chic, Ed Sheeran, Emeli Sandé, Snow Patrol, Tom Odell, The Kingdom Choir and Camilla Cabello.

Interspersed with the live music will be a series of short films recognising the plight currently facing the people of Ukraine amid the conflict. Throughout the show, viewers will be able to make donations to the cause helping to raise valuable funds for those who need it most right now.

Presenters for the show include Roman Kemp, Marvin Humes and Emma Bunton as they aim to spread the message of hope and support to the people of Ukraine.

This comes after RTE’s Late Late Show recently had a special of the show dedicated to the people of Ukraine, with all funds raised throughout the program going towards the Irish Red Cross and raised an incredible €3 million euro.