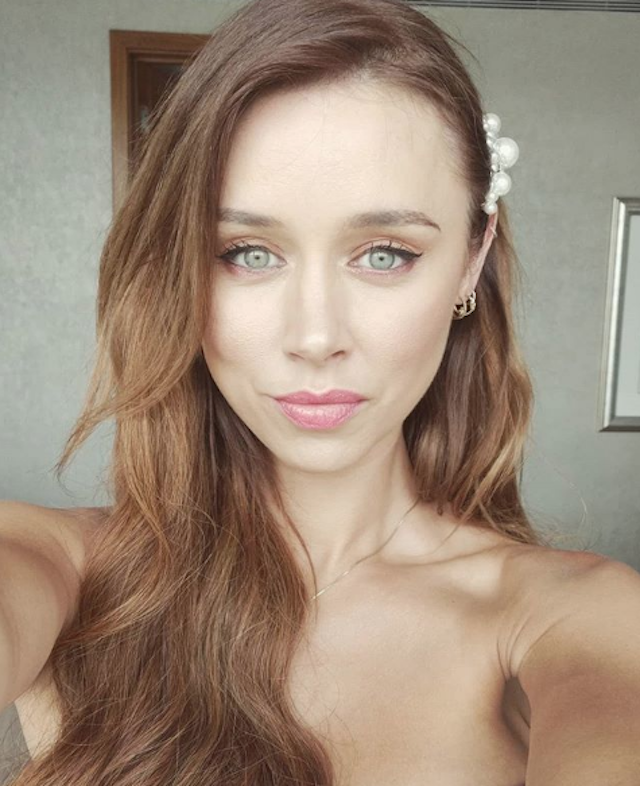 Una Healy looked stylish as ever as she stepped out for her friend’s wedding over the weekend.

The Tipperary native and boyfriend David Breen dressed to impress for the occasion, co-ordinating in shades of navy.

Una donned an asymmetrical dress from Honor Gold, accessorising with a pink Alice & Olivia headband and rose-gold heels from her original footwear collection, while David looked dapper as ever in a fitted suit.

The pair began dating late last year, following her split from Ben Foden, and their relationship has been going from strength to strength.

Her ex-husband recently hit the headlines again when he married his new girlfriend Jackie after a mere two weeks of dating.

The rugby star tied the knot on yacht in Massachusetts, during an intimate ceremony surrounded by a handful of their friends and family.