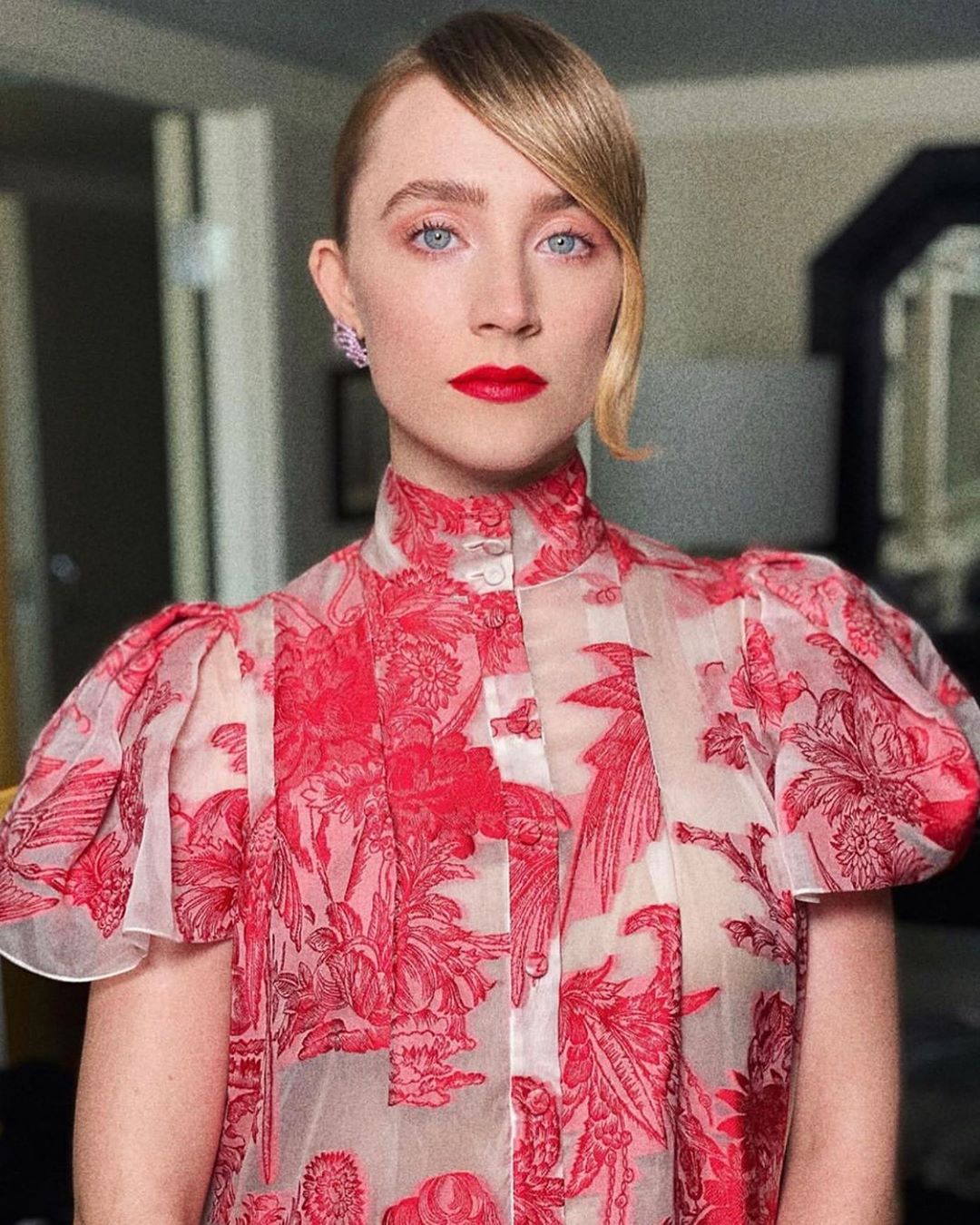 Despite Saoirse being nominated for her performance as Jo March in Little Women, she did not take home the award at last night’s Critic’s Choice Awards.

As with the Golden Globes, it was Renée Zellweger took the Best Actress gong for her role as Judy Garland in Judy.

Saoirse did stun in a floor length red and white printed gown from Preen.

The twenty-five year old actress, who usually has quite low-key style looked incredibly glamorous last night. Her hair was in a sleek up-do with a retro wave around her face. 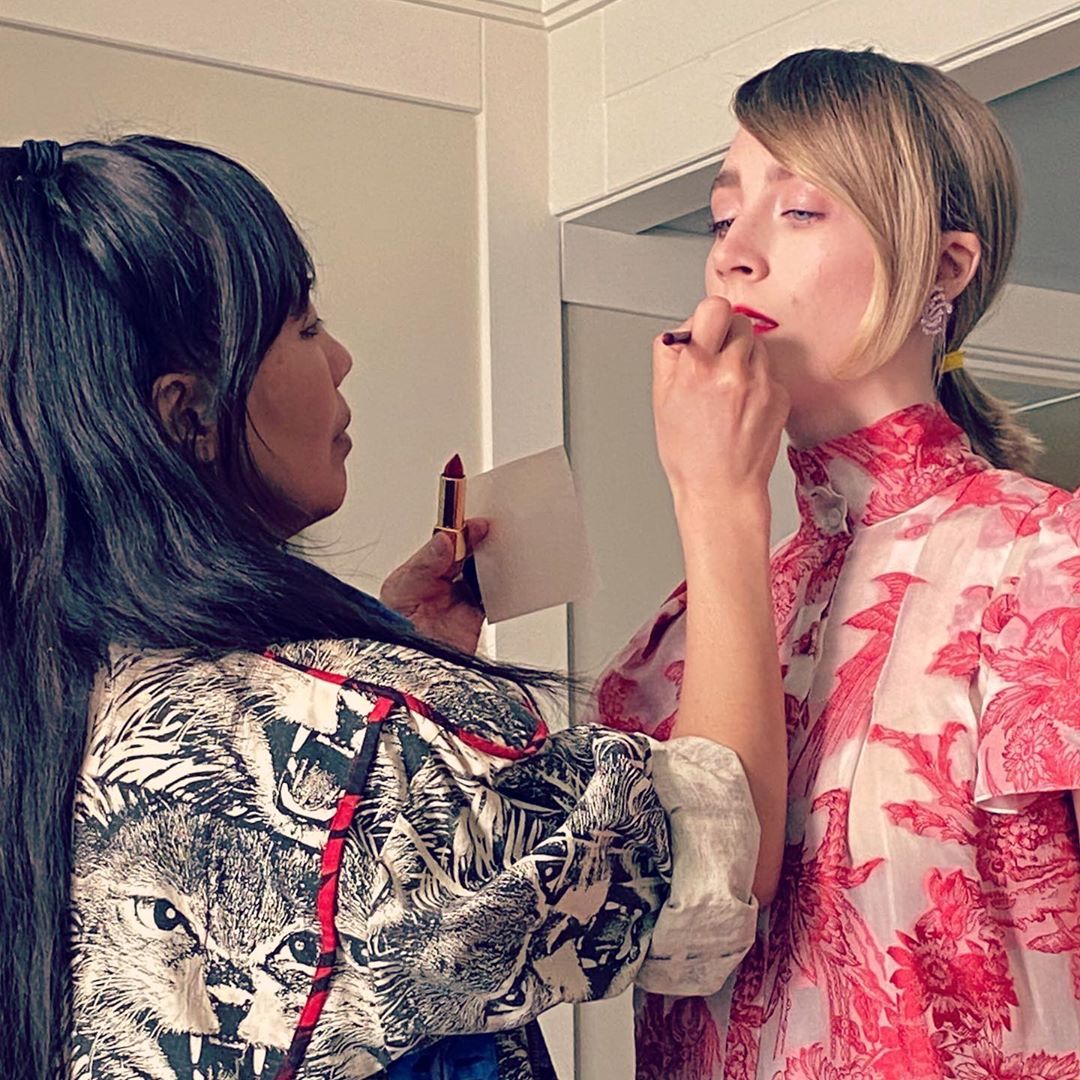 Make-up was especially stunning and very different from what we usually see the star wearing with glossy red lips and pink tones on her eyes.  The look was created by Chanel make-up artist, Kara Yoshimoto Bua using exclusively Chanel products. 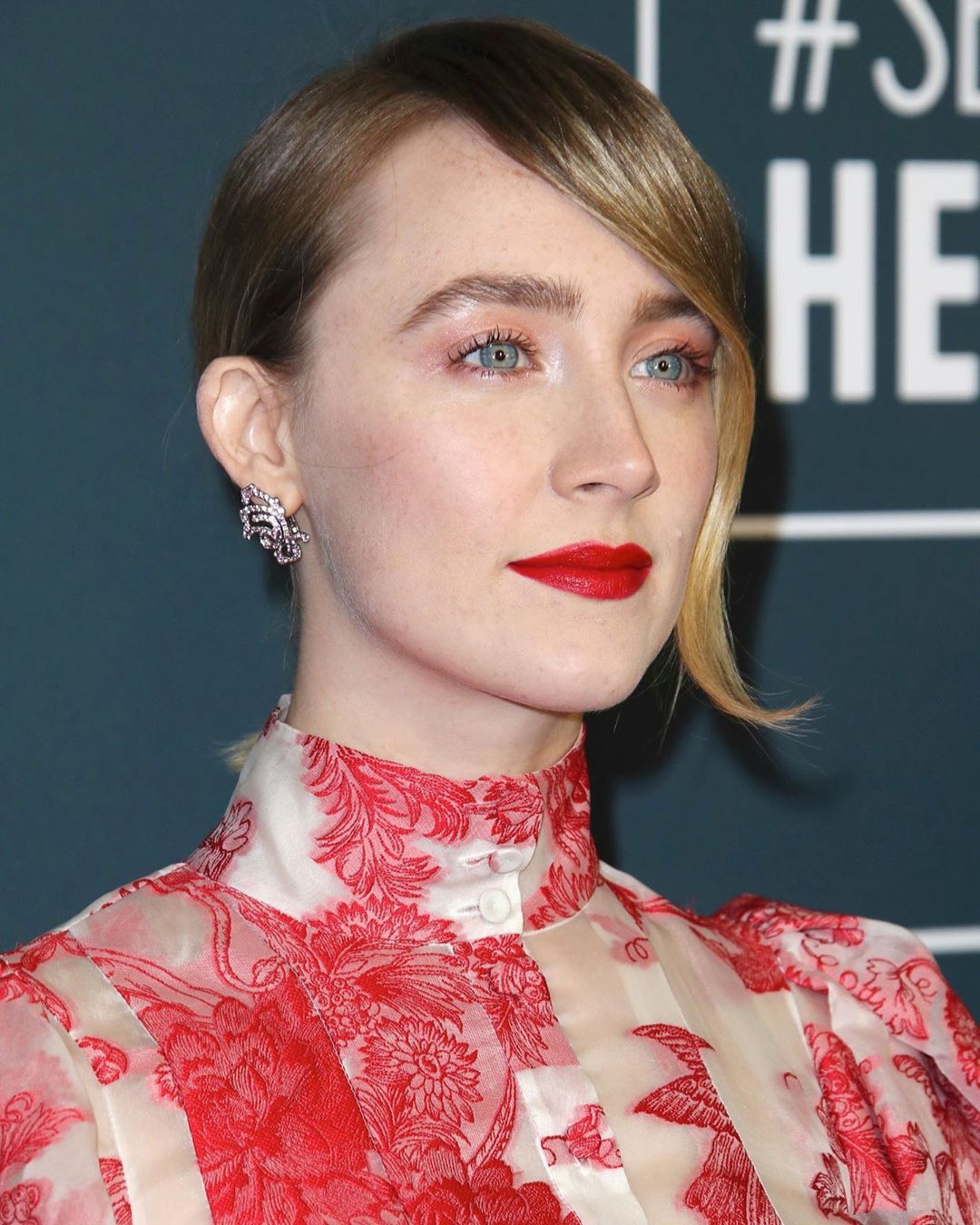 Compared to her look for the Golden Globes she has definitely ramped it up a notch here, which makes us excited for what she’ll do for this years Oscars.