Speaking on his RTE Radio 1 program, the presenter revealed that he and Dermot lived close by, and would run into each other often, sharing how much the gardener will be missed.

Saying; “He always stopped for a chat and he wasn’t well and sadly he passed away quite suddenly according to his family at the weekend.”

“So I just want to pass my condolences on to his family today and just to let his family know that he was highly regarded, deeply respected and somebody that everyone wanted to stop, say ‘hello’ too, to meet and to have on their programs as well.”

“He was a gentleman, a gentleman gardener, as you know, but he had a passion for horticulture and for what he did, and very kind to us.”

“It’s a desperately sad development over the weekend and a very sad addition to the news. May he rest in peace.”

Dermot passed away suddenly on Friday evening, aged 58, surrounded by his loved ones at St Vincent’s Hospital.

He was diagnosed with stomach cancer in 2009, but after undergoing treatment, received the all clear in 2011. Bravely documenting his experience in the show, Dermot’s Secret Garden, were he opened up about his health while renovating a Victorian walled garden in Laois.

Dermot was one of the best known Gardeners in the country, thanks to his many shows on RTÉ, and BBC, also appearing on the popular American TV program, The Oprah Winfrey Show.

He also contributed to radio, featuring as a horticultural contributor to the Mooney show with Derek Mooney on RTÉ Radio 1. As well as writing several successful gardening books.

Our thoughts are with his family during this challenging time. 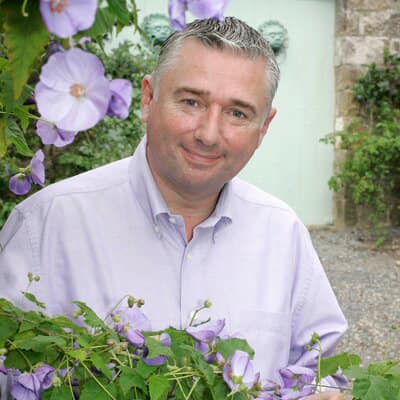