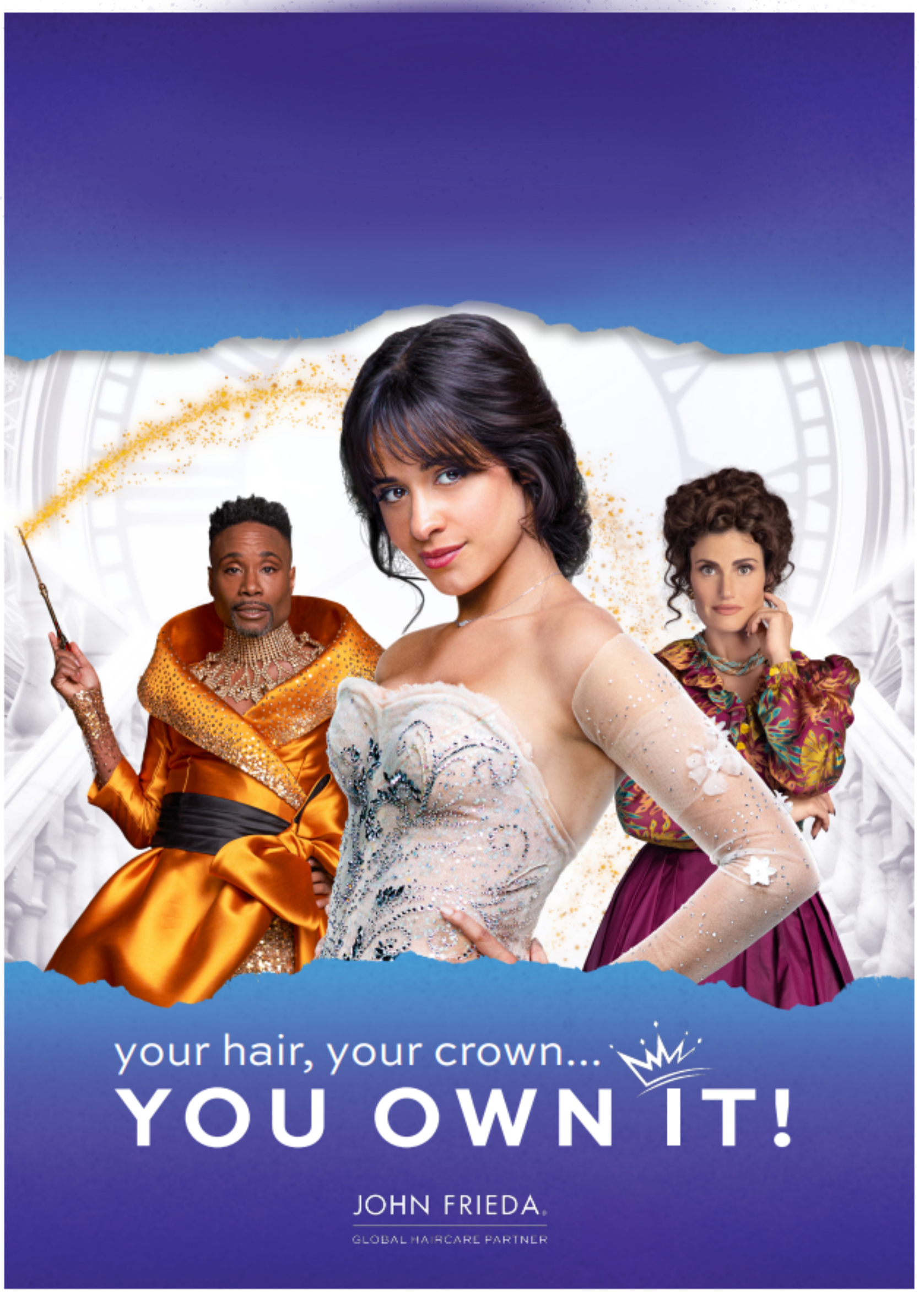 This September sees the return of one of our favourite fairytales, Cinderella. The latest adaptation of the film has an incredible cast including Camilla Cabello in the starring role, Idina Menzel, Pierce Brosnan and Billy Porter stepping into the character of the Fairy Godmother.

A musical comedy, from the powerhouses James Corden and Kay Cannon, the Amazon Original will be released on Prime Video, so you can watch it from the comfort of your own home!

However, this version of the classic fairytale won’t see our heroine waiting for a handsome Prince to sweep her off her feet. Instead Camilla Cabello plays a strong and empowered Cinderella who is ready to make her own dreams come true. 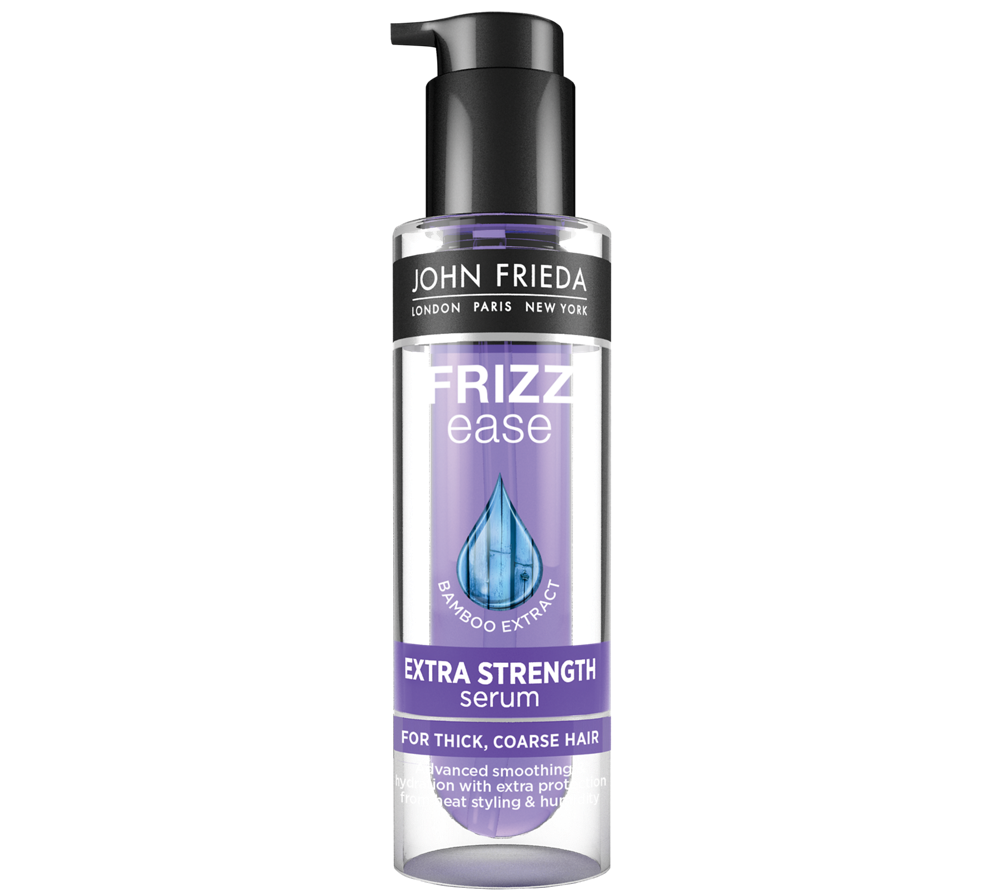 With John Frieda as the exclusive global haircare partner for the film, it’s a match made in heaven. Much of the movie is shot in London, which is also where the haircare brand’s roots are, so the message of the film lines up with everything they stand for too, empowering women and helping them overcome demanding (hair-)situations so they can shine!

Lead hairstylist for the movie, BAFTA nominated Sharon Martin used John Frieda products behind the scenes to create the most incredible looks. Speaking about working on set she said; “John Frieda Frizz Ease Extra Strength Serum was invaluable in our modern transformation of Cinderella.” 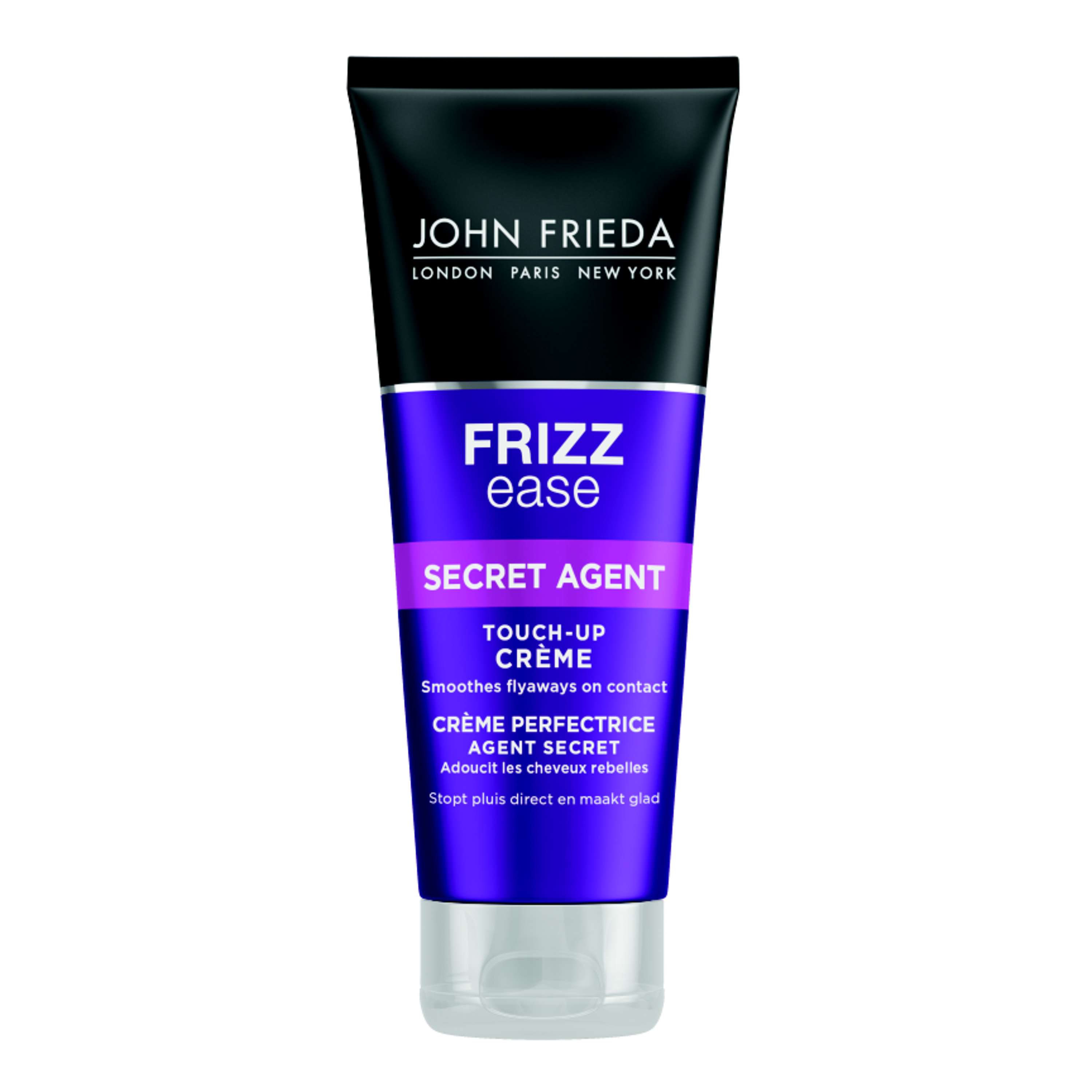 Another product used in the making of the film was John Frieda’s Secret Agent Finishing Creme, which is a must have for styling with any hair type. Although it keeps hair in place all day, it manages to do so without feeling heavy or losing any of the softness in the look created.

Speaking about how they used it on set Sharon Martin shared; “Coupled with the John Frieda Frizz Ease Secret Weapon Touch Up Crème, these products allowed us to film all day while maintaining the soft whimsical, fairy tale looks without weighing down the hair or making it too stiff.” 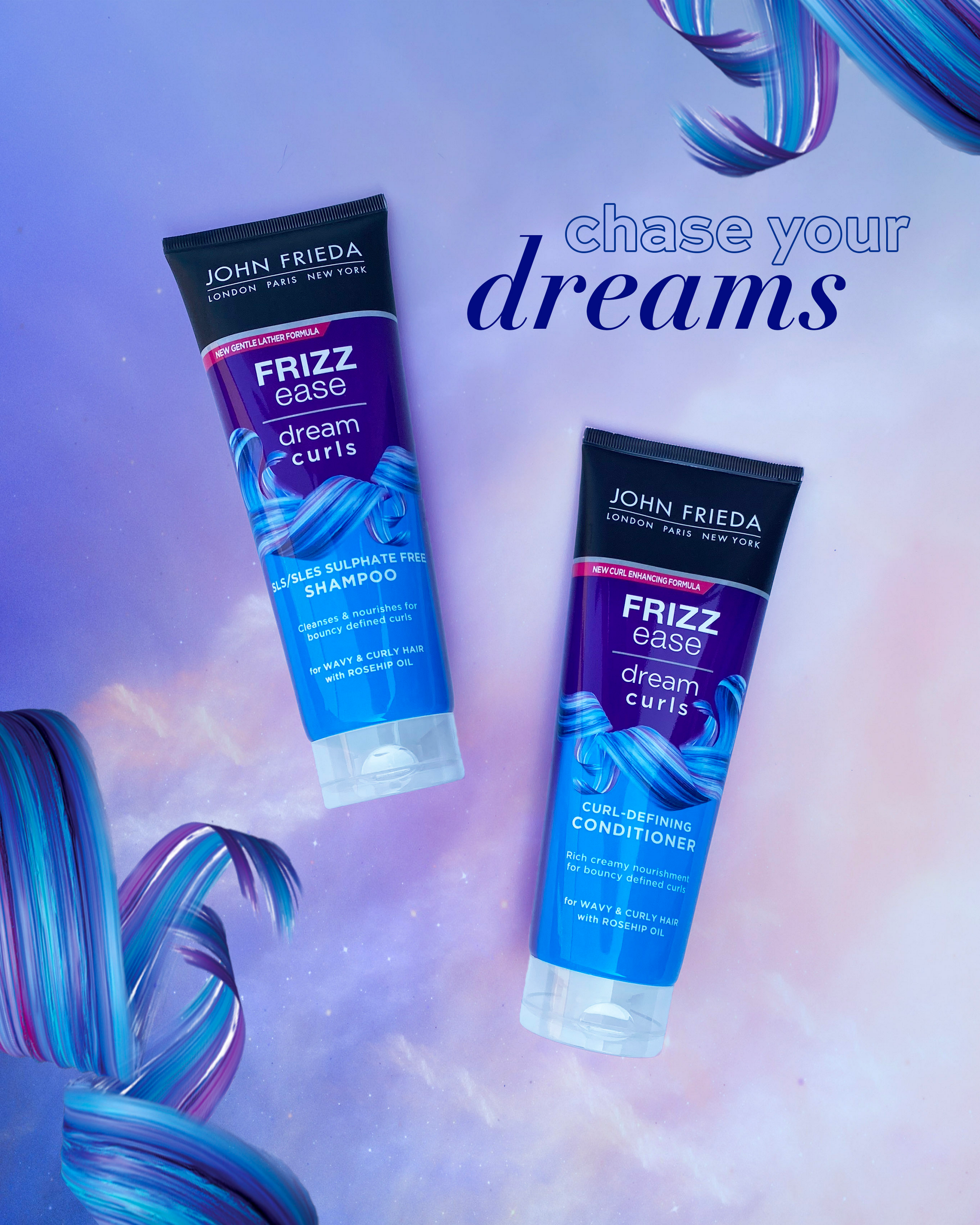 And John Frieda believe that for all women (not just Cinderella) your hair is a crown that you never take off, and should be used as a way to empower and express yourself, just like we will see Cinderella doing throughout the movie!

They will help define, bundle, moisturise and give bounce to your locks, starting in the shower! Release your most empowered self, and get ready to chase your dreams with John Frieda! Your Hair, Your Crown, You Own it! 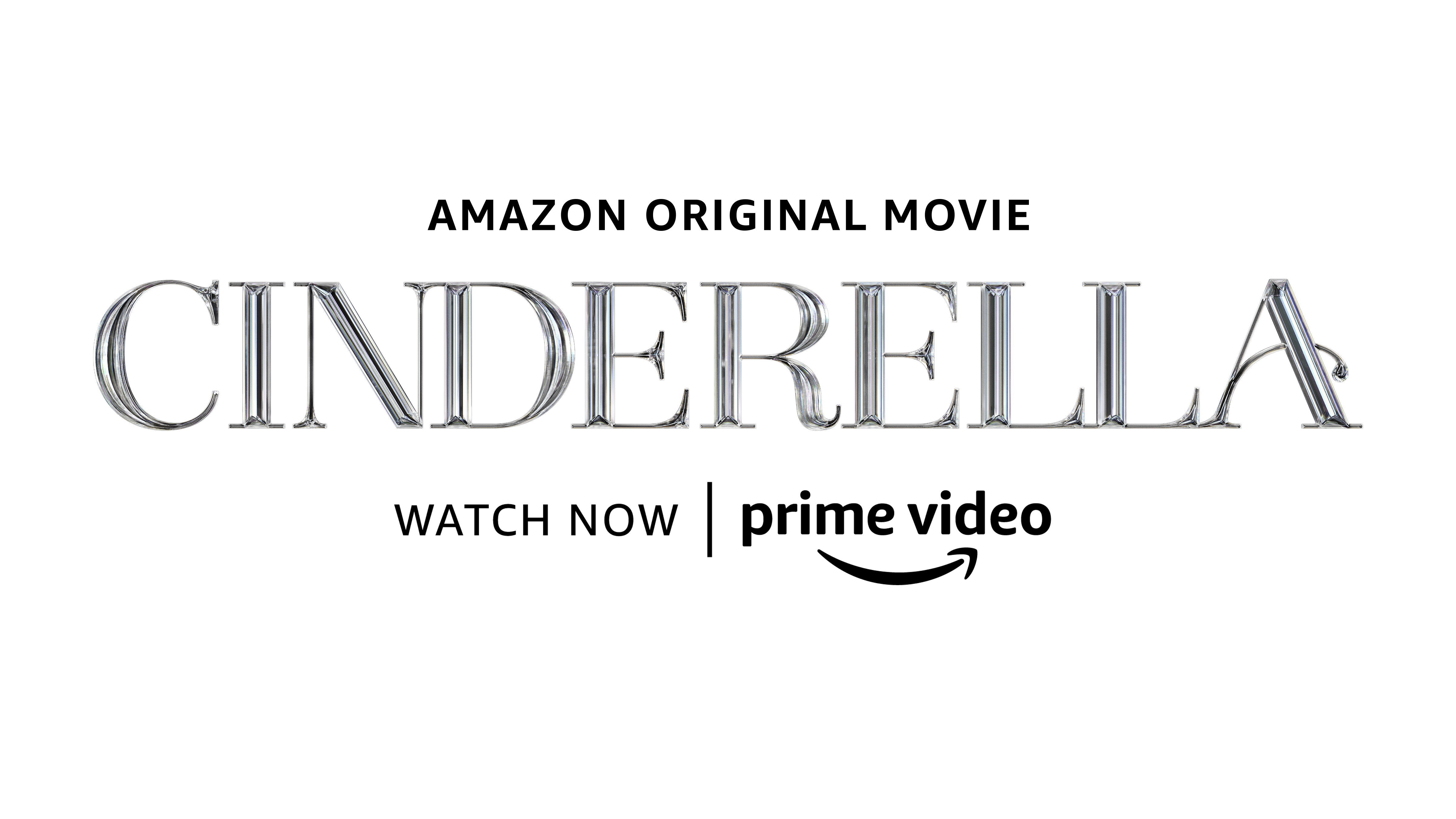