Fiona Delany, who plays Maria in Mrs Brown’s Boys, was on the tarmac at Glasgow Airport yesterday when she was told she’s not allowed travel as she’s too far along in her pregnancy.

Brendan O’Carroll’s daughter told the Irish Sun: “I got as far as the tarmac before I was stopped at the steps of the plane. It was the captain in the end who ultimately called it, and said no. I’m 36 weeks gone and have a letter from my doctor saying I’m fit to fly for the month of September.”

She continued, “I even had my solicitor with me, who said I would sign a waiver relieving Stobart Air of any responsibility if I did have any problems while flying but they still refused. It was ridiculous because I’ve already had three kids and I knew there wasn’t a chance I would give birth on that flight.”

Maria, who already has three kids, flew to Glasgow to film a live episode of the Dublin-based series.

“The whole thing is crazy. I spoke to people in Aer Lingus before I even booked the tickets to ask if it would be OK. They said it would. You wouldn’t have a mad situation where they let me fly from Dublin to Glasgow but stopped me coming back just two days later,” she said.

Fiona was then forced to fork out roughly €873 on taxis and a new flight!

“Pregnant passengers between weeks 32-35 must have their doctor complete an ‘expectant mother travel advice form’. Aer Lingus Regional does not permit passengers who are over 36 weeks pregnant to fly. This is in the best interest of the health and well-being of our passengers. This policy is clearly outlined in the terms and conditions that all passengers must accept in advance of flying,” she said. 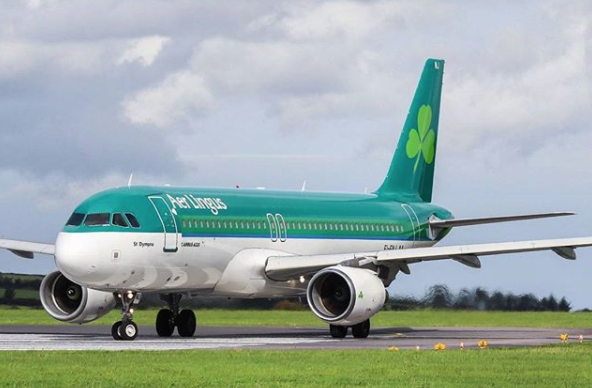