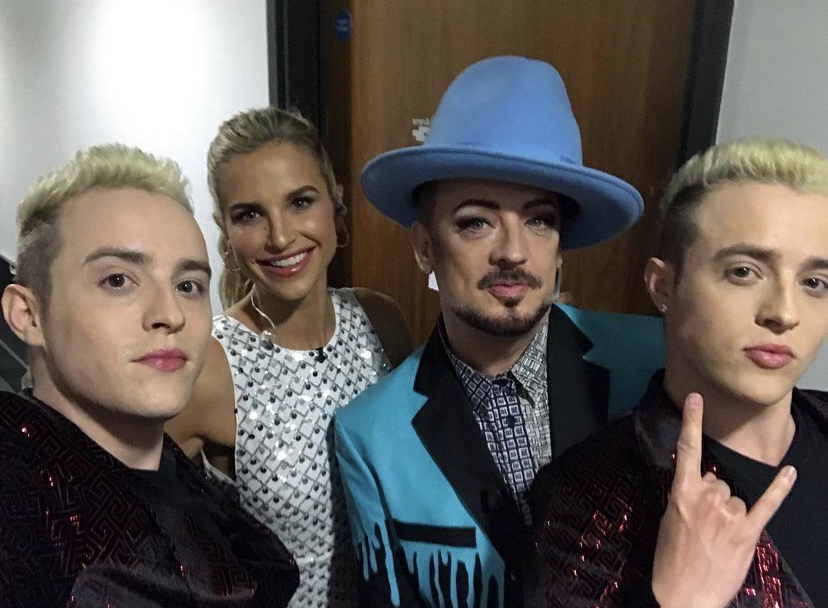 Virgin Media Television has announced a brand new entertainment show coming to screens very soon, and we’ve seen the first behind the scenes snaps. Revealing the news that filming has begun here in Ireland just yesterday, the show which is called ‘The Big Deal’ will feature a whole host of famous faces.

Included in that, is none other than Jedward, Vogue Williams and Boy George. Jedward shared a BTS shot of them all together as filming started.

Sharing the pics on Instagram, the twins wrote: “Having a blast filming with @boygeorgeofficial Culture Club has two new JEPIC members! Proud of @voguewilliams she is a super mom and a super host rocking the big deal show!” 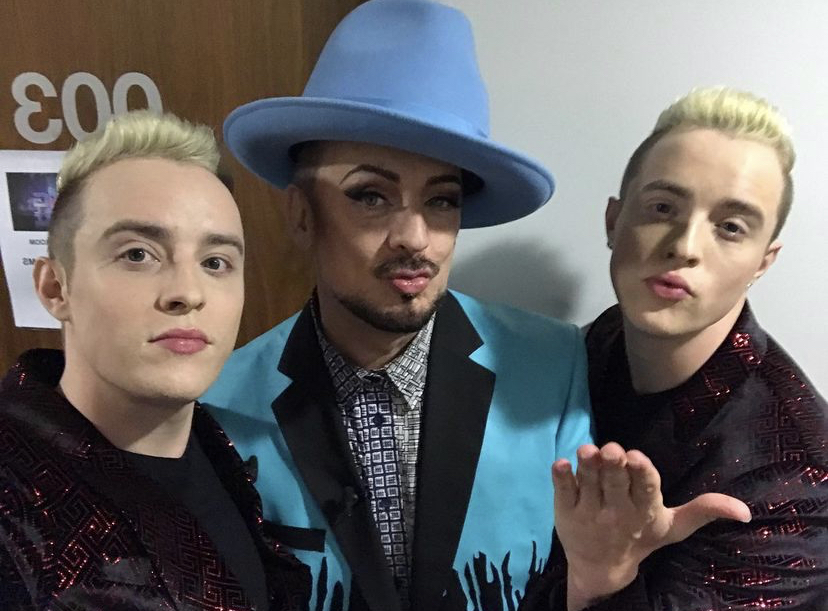 They added, “The amount of talent and JEPIC energy is incredible. Having so much laughs and good times with @thisislyra @deirdreokane123 @astonmerrygold.”

The program is described as showcasing a variety of acts, from musicians, magicians, comedians, dancers, acrobats and whatever else will entertain the nation. What they all need to have in common is the ability to make jaws drop, hearts race and maybe even get the audience to tear up. 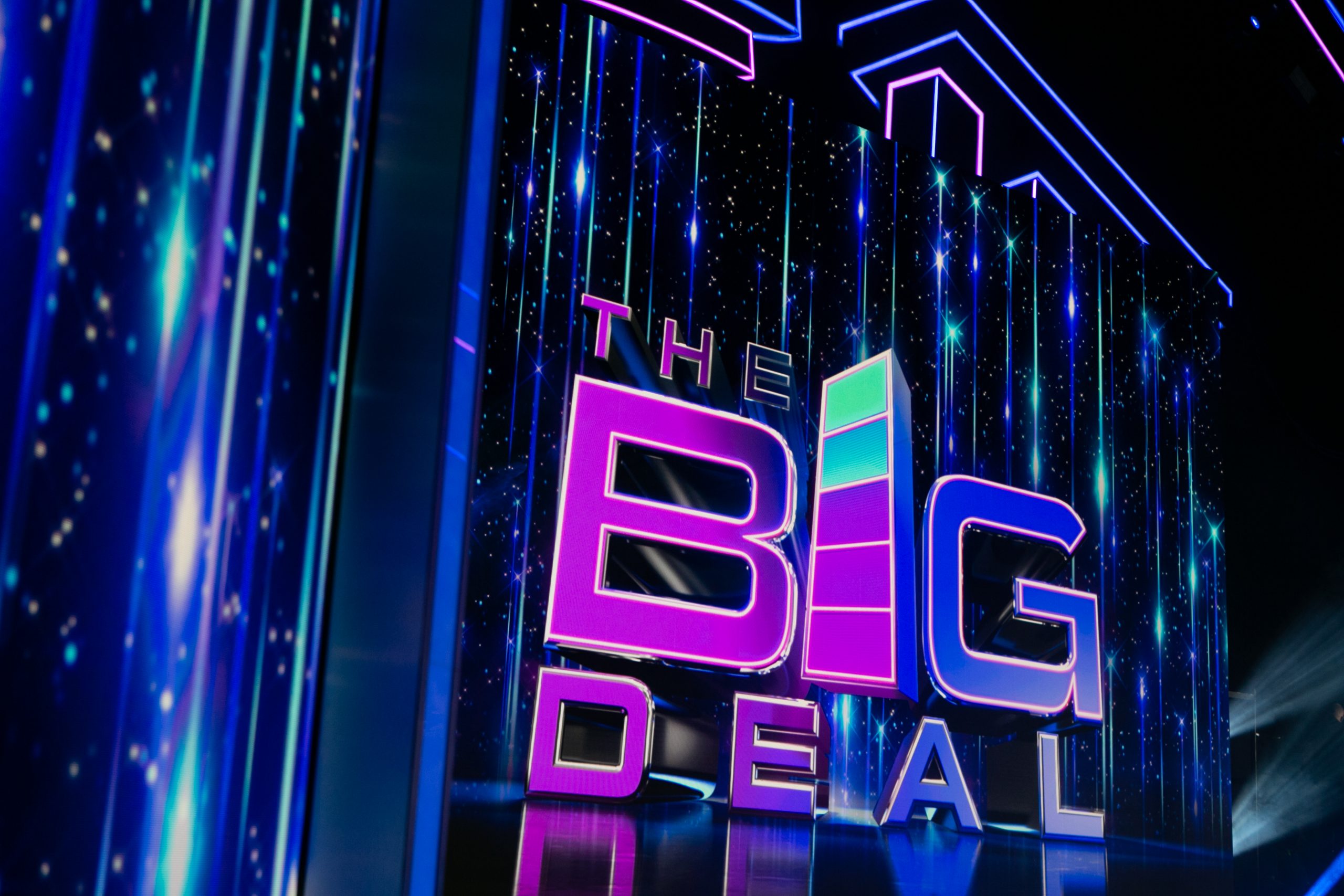 Filming for the show is already underway in Dublin’s 3Area. Speaking about the program Bill Malone, Director of Content, Virgin Media Television said; “The Big Deal is a spectacular new entertainment show filming in Dublin’s 3Arena and is on a scale not seen in Ireland before.”

“Fox Alternative Entertainment, BiggerStage and Virgin Media Television have joined forces for this unique partnership to create a landmark new entertainment format. And that is what The Big Deal is all about – Entertainment.”

The program is set to hit screens this autumn.