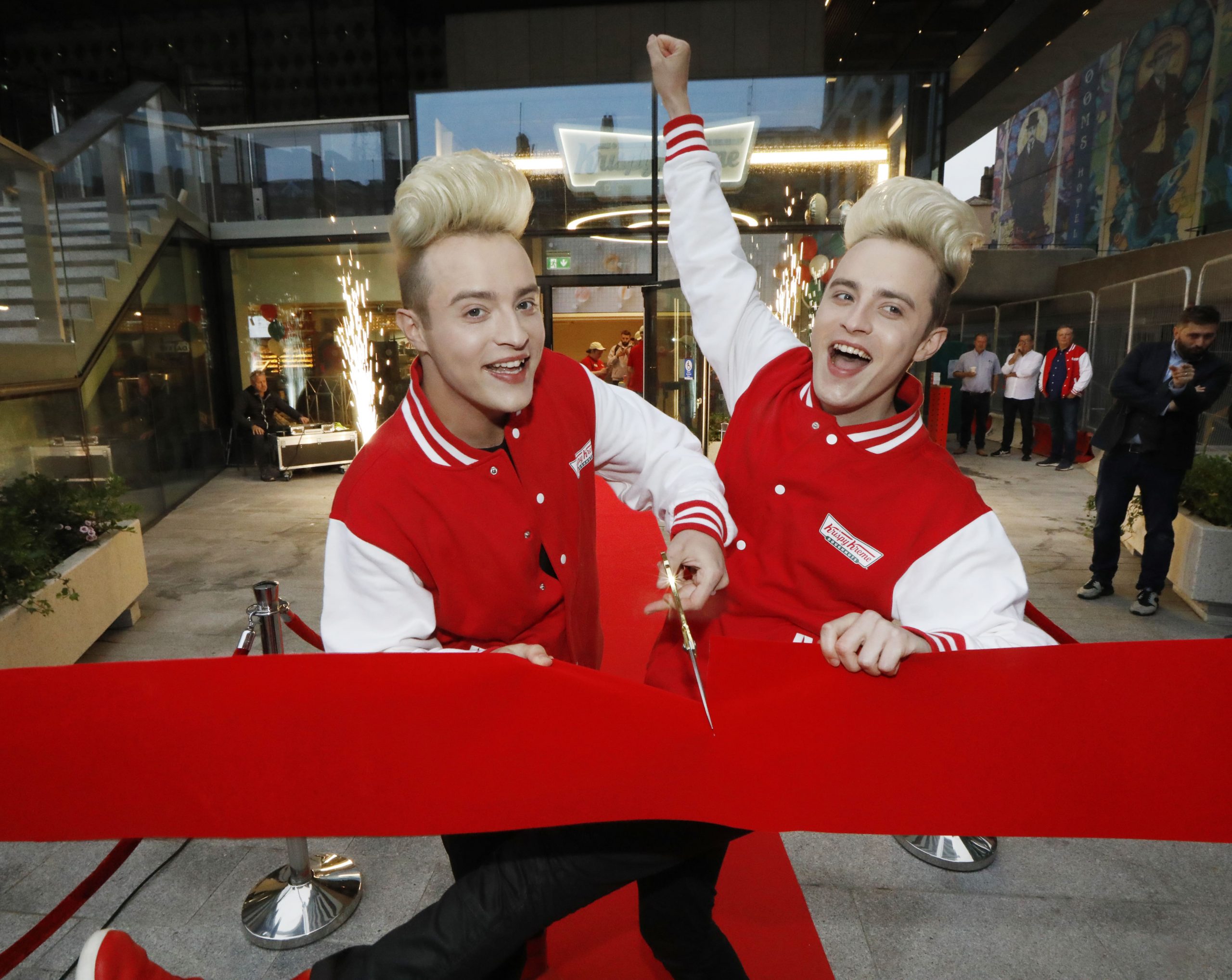 Jedward have cut the rope for a brand new donut shop in Dublin’s city centre this morning.

With queues lining up in the street, Jedward brought their iconic energy to the unveiling of a brand-new Krispy Kreme flagship.

The new store will join other popular donut shop’s in Dublin’s city centre, such as ‘The Rolling Donut’ and ‘Offbeat’. It is located at Central Plaza, which sits at the pedestrian walkway linking Dame Street and Temple Bar.

Despite the doors not opening until 7am for the launch, Ryan Hoban from Crumlin had been queueing since 5am

We hope he got plenty of coffee once he got inside.

Of course, Jedward were on hand with “Jepic energy” as they posed for pictures with fans and celebrated the launch.

Jedward have been keeping us entertained on social media over the last few years and they were in equally good spirits in person.

In fact, fans were so eager to get a glimpse at the twins they flew in from as far as Germany!

Donuts and Jedward, not a bad way to spend a Wednesday morning.