Everyone has to start somewhere, right? Before he made it big as an actor, appearing in shows like The Fall and blockbuster films like 50 Shades of Grey, Jamie Dornan had humble beginnings working in a pub.

The star was in the UK this week and went for a pint in the London pub he worked in before he hit Hollywood.

Sharing a snap of himself outside he said; “Over 19 years ago I left Belfast for London to pursue “something”.” 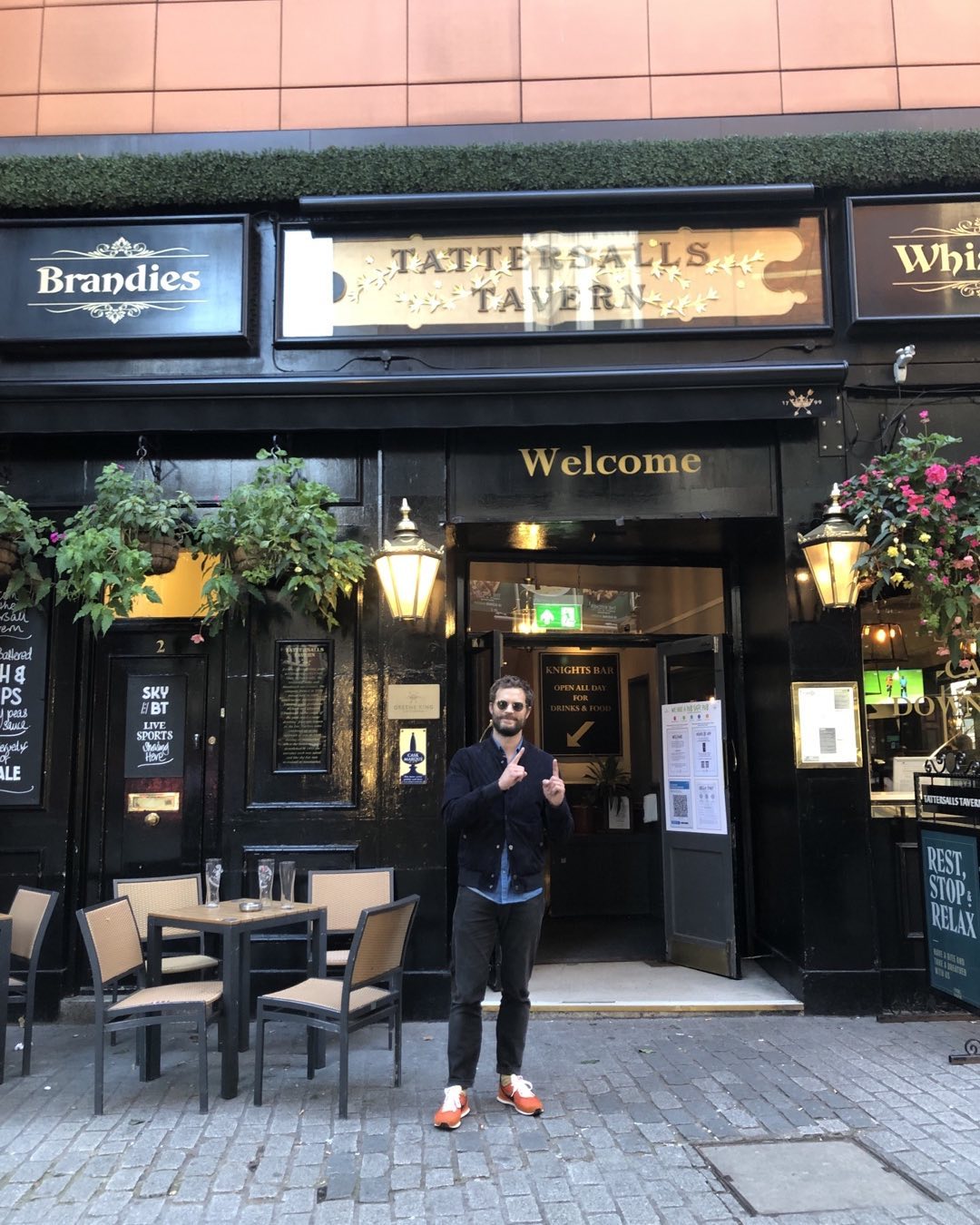 Continuing he added; “I worked in this bar @tattersallstavern for 6 months before things started happening for me.”

“Haven’t been back since until today. A great pint, particularly when not pouring it yourself….”

Irish native, Niall Horan, who is living in London joked in the comments underneath; “And ya wouldn’t even text me for a pint.”

Earlier this year the Belfast star opened up about his earlier career, which started out in reality TV.

The actor was being interviewed on Sirius XM’s Radio Andy were he spoke about his early career appearing on a Channel 4 series back in 2001 called Model Behaviour.

“This was sort of almost pre-reality TV. It wasn’t even being pitched to us. We didn’t really know what it was.”

Like a UK version of America’s Next Top Model (although it looks a LOT less glamorous) it saw aspiring models battle it out to win a one-year modelling contract with a top agency.

Speaking about the show, Jamie shared that he was just 20 at the time; “The truth behind that is, I’d been at university for a year, I was very sporty and I was playing rugby at uni and drinking a lot.”

“And I decided I was going to drop out of university ‘cause … it wasn’t the right space for me at the time. And I was like, ‘F**k this. I’m going to like do something else in my life,’ but I didn’t have a plan.”

Despite revealing that he didn’t do so well on the program Jamie shared that it did get him to make the big move to London;  “Then like two months later I had moved to London and had convinced everyone to let me follow some dream…”

“I mean I never wanted to be a model, I hated it, but I had acted at school so it felt like a bit of a gateway into that […] it was a crazy time.”

Despite cringing at the video Jamie revealed that it was an important point for him in becoming an actor; “I wouldn’t be sat here if he hadn’t got out of bed that day, I truly mean that.”

Jamie Dornan looks set to become a member of The Academy