Jamie Dornan appeared on Jimmy Kimmel this week, and revealed some hilarious details about the time he shared a magical moment with US comedian Bill Murray.

The two men were paired together for the Dunhill Links Championship three years ago, and now Jamie has opened up about what happened when they hung out after the tournament.

Recalling the “coolest moment of his life” Jamie said that Bill caught him off guard, bringing him to a secret whiskey bar in Scotland.

“The night after we played that round of golf…and I was in the elevator at about three in he morning and I was playing golf again the next day, so the elevator opens up on the third floor which was where my room was, the doors ping open and Bill Murray is standing there.

“So he’s like ‘where do you think you’re going?’ And I’m like ‘eh, bed?’ And he’s like ‘nuh-uh’ and pushes me back in the elavator, went up to the fourth floor, to this secret cigar and whiskey bar that I didn’t even know existed. He gave me a drink and then went out to this balcony at the back of the bar that overlooks St. Andrews golf course…

“And we weren’t talking, but he gave me the whiskey and we walked and stood on the balcony, right on the edge, we’re the only 2 people just staring out onto the golf course, at the the starry sky just staring up. We’re there for about 2 minutes without saying a word and I’m like ‘what is happening here?’

“I was sort of looking at him to see if he’s into it or what is it and then I was like thinking ‘this may be the coolest moment of my life. I’m drinking whiskey with Bill Murray at the most famous golf course in the world…and after a while he just turned around and left- didn’t say anything and I was left being like ‘should I be following him in…so i left it for about 7 seconds and then I went in, let my whiskey and went to bed,” he said.

Now that’s what you call a memorable moment! 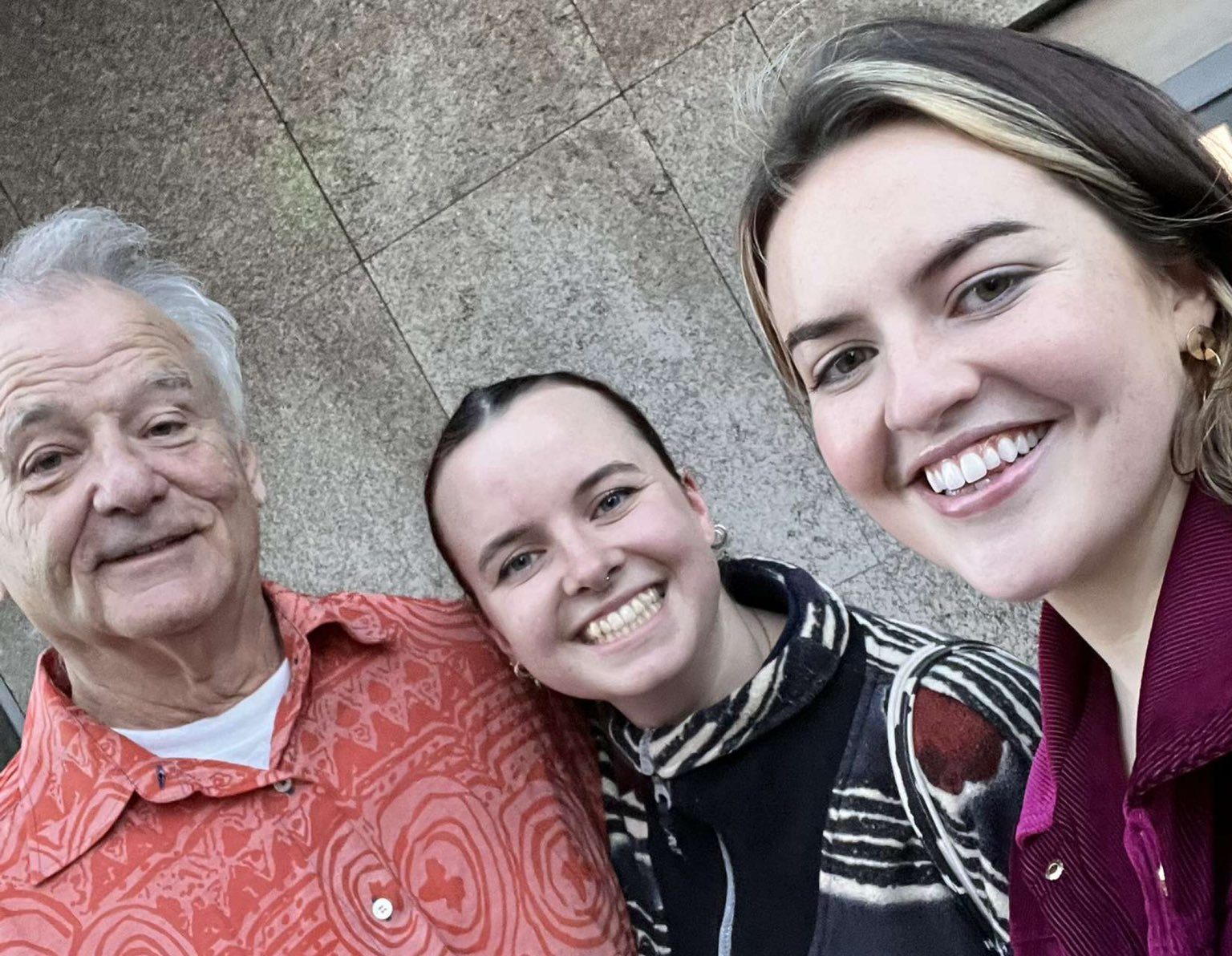 Bill Murray is the latest celebrity to be spotted in Ireland