Pants Bliss, the self-proclaimed “Queen of Ireland”, has taken to social media to express her delight at topping the Queen’s Message ratings this Christmas. It’s been revealed that 47,000 people tuned in to TV3 at 3pm on Christmas Day to watch Panti’s message, with just 43,000 Irish people tuning in to BBC1 at the exact same time to watch the more traditional message. And Panti greeted the news today as only she knows how!

With tongue firmly in cheek, Panti wrote “Suck it, Elizabeth Regina!”, as she beat the decades old British tradition with her very first Christmas broadcast. In the message, Panti congratulated the people of Ireland for voting in Marriage Equality, but went on to say that there were other areas of inequality in Ireland that needed addressing.

“LGBT people aren’t the only ones for whom we have failed to live up to the promise of cherishing all the children of the nation equally,” said Panti in her broadcast. Referring to the homelessness crisis, and the squalor that many travellers were forced to live in, Panti said that “if May 22nd taught us anything, it’s that if we feel strongly enough about something, and if we work together, we can achieve incredible things. We can move mountains.” 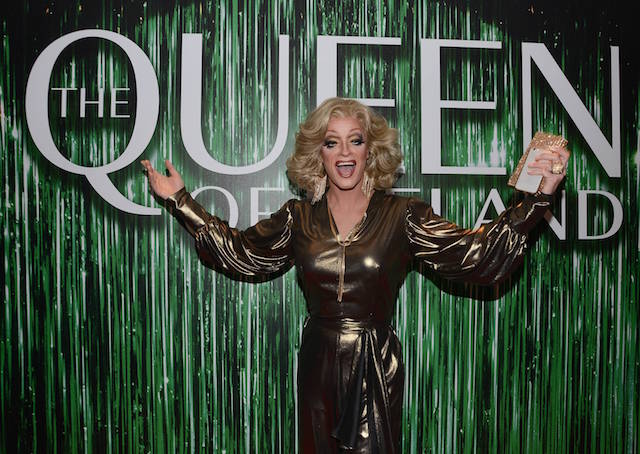