Emmett Scanlan, the Dublin-born actor who played bad guy Brendan Brady in Hollyoaks, has taken to twitter to announce his marriage to fellow actress Claire Cooper. The couple, who have been holidaying in New York, announced the big news on twitter, with Emmett posting a gorgeous picture of each of them as young children, with the simple message “Just Married.”

Emmett and Claire met on the set of Hollyoaks in 2010, and got engaged on Christmas Eve 2014. They both left Hollyoaks in 2013, though Claire had starred on the show much longer than Emmett, having first joined in back in 2006. Plans for the wedding itself, which took place on New Yeas Day, were kept a well-guarded secret, as the couple had been posting pictures of their New York holiday on Instagram all week, without giving any hint as to their up-coming wedding! Guests at the wedding included fellow actors Barry Sloane, from Revenge, and Merlin star Eoin Macken. 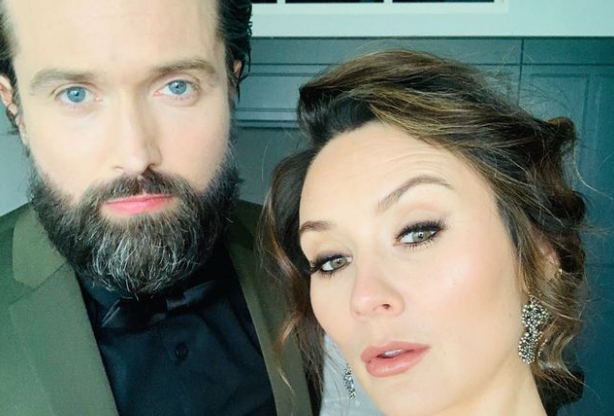