Irish baker Rebs, taking part in this year’s Great British Bake Off, has shared why she was not part of this week’s show.

Both she and fellow contestant Abdul Rehman Sharif were absent from the tent this week as illness held them from competing. Explaining why they won’t be here, host Matt Lucas said:

“Both Rebs and Abdul are a bit under the weather this week, but with your permission, we thought we’d send them both straight through to the final”

“Only joking, they’re going to miss a week, and hopefully they’ll be back next week.”

However, it didn’t stop people from speculating about their absence, with some wondering if they ‘pulled a sickie’.

Explaining that this definitely wasn’t the case, Rebecca from Antrim wrote on her Instagram story.

“Sadly, sickness meant I wasn’t allowed to take part in my fave week”

“Crying my eyes out,” she added. 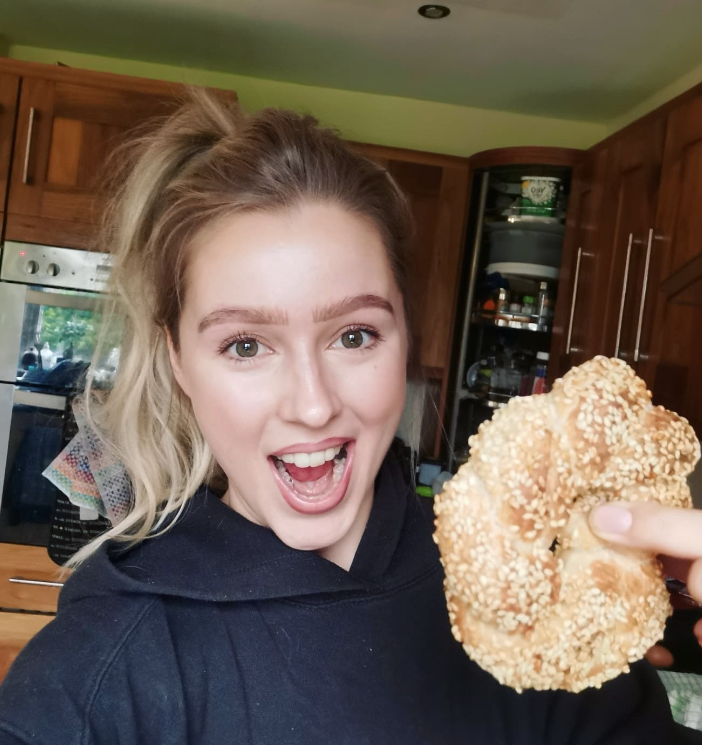 Putting rumours to rest, she continued:

“Will say it once for the people in the back, I DID NOT want to miss bread week (it was probably my strongest week), I was forced to go home for the safety of all in the tent.”

Sharing that she had something exciting planned for the week but sadly couldn’t make it.

“I just wanted the world to see my Lahmacun pizza and Mexican style smorgastarta!”

Luckily for the rest of the contestants, no one was eliminated this week as a result of the absences.

Rebecca is expected to be back and on top from in next week’s challenge, where we will see the contestants tackle biscuit week.