Irish author, Cathy Kelly is the first celebrity to be eliminated from this year’s Dancing with the Stars.

Last night saw the ‘Other Women’ writer dance a tango with her partner, Maurizio Benenato, to Blondie’s classic, ‘Call Me’ which earned them 15 points.

Giving their comments after her performance, Loraine said; “Very good position, the heartbeat of the tango are slows and quicks, if we could have had that a bit clearer, it would have been better.”

Arthur commented; “You have passion, I’m not talking about your writing, I’m talking about your dancing” and Brian shared; “It was probably a bit too Debbie Harry and not quite Dirty Harry. It was OK, but didn’t quite make my day.”

In the end their performance was not enough to keep them in the competition and it saw Cathy and Maurizio as the first to be eliminated from the show.

Speaking about the experience Cathy said: “It has been an amazing experience, it was been so much fun, I have had so much fun with Maurizio.”

Earlier this month the 55-year-old revealed the news that she has split from her husband, John Sheehan after ten years together. The couple wed back in 2010 after many years together, but went their separate ways in September 2020.

“John and I have split up. It’s been over a year and four months now. We’ve both moved on and have had time to come to terms with it. For us, the most important thing is our sons and they remain our priority.”

Continuing, she spoke about how the upheaval is a lot to come to terms with but that she’s excited for this new chapter in her life and to take part in the show; “Obviously, it is incredibly sad to split with someone you’ve been with for so long. 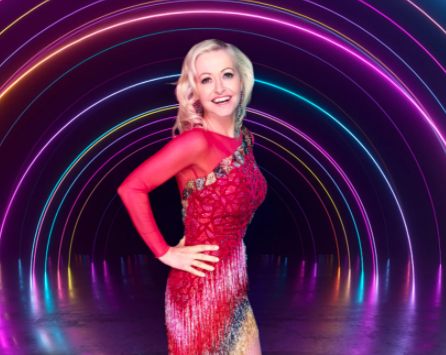 Cathy Kelly shares with us the books that make her laugh, cry and her ultimate comfort read