Although we’re used to seeing Jamie Dornan play confident and intense characters on screen, the 38-year-old has admitted that this couldn’t be further from how he feels in real life.

Speaking with Variety‘s ‘Actors on Actors’ series, Jamie opened up about his insecurities and what led him to take on the unusual role of Anthony in Wild Mountain Thyme.

“I don’t have a lot of confidence, you know?” Jamie said.

“And I get to play someone who’s at the total other end of the spectrum.” 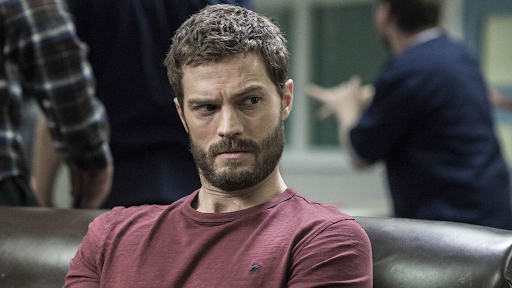 Since shooting to fame in his breakout role on Belfast based drama The Fall, Jamie has worked on various sets all around the world. However, he admits that home is most definitely where the heart is for him. Speaking about how it felt to finish up shooting for Wild Mountain Thyme, which was filmed in the west of Ireland, Jamie says that he was left feeling ‘bereft’ to be leaving home.

“I’ve never done a job where I was so physically, like, bereft when I finished it – I really was,” he said.

“It’s also one of those jobs… We’re in the west of Ireland, where it’s an all-Irish crew, everyone’s having a good time.

“When I finished, we wrapped and I went into my trailer and I sort of collapsed.”

“I had this strange physical reaction to not getting to have another day with these people and the set.

“I sort of kind of collapsed and kind of cried. And it was like, ‘Yeah, when does that happen with work?’ It’s very rare.”

Wild Mountain Thyme was released in the US last December, Ireland is still waiting to announce a release date given the ongoing public health crisis.