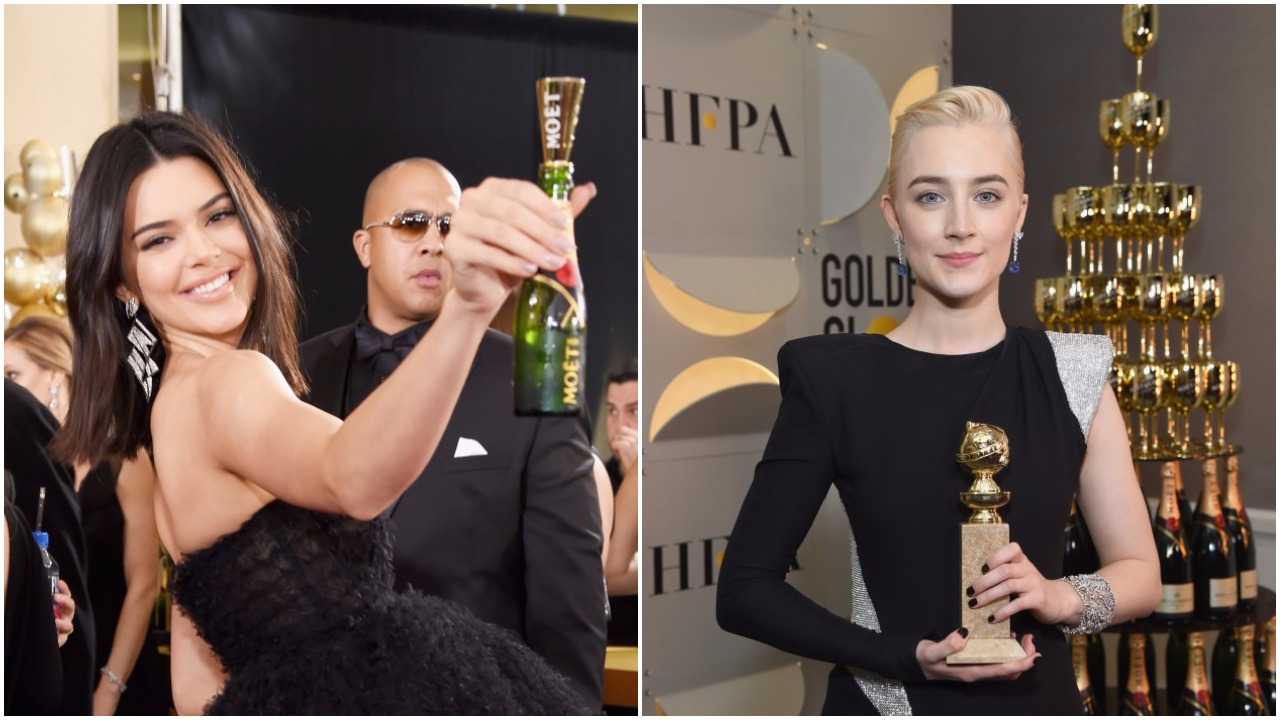 Celebs stepped out in style at this year’s Golden Globes, but the night celebrated more than just talent.

This year’s ceremony saw stars take a political stance with their Time’s Up campaign. This saw almost everyone wearing black to protest against the sexism and sexual harassment in Hollywood.

Meanwhile, over 1,500 Mini Moët were served to a roster of stars on the red carpet, continuing the Maison’s popular philanthropic initiative, “Toast for a Cause”, now in its 9th year.

An overwhelming number of celebrities chose the Time’s Up movement as their organisation of choice.

As a homage to the Globe’s special anniversary, this cocktail embodies the effervescence, glamour and magic of cinema, celebrating over seven and a half decades of the Golden Globes. Chung playfully captured the boldness and creativity that shines on Hollywood’s biggest night with a cocktail that mixes sweet and tart notes and beautifully sparkles with a candied blood orange slice garnish.

Check out pics from the stunning affair below.

IFTAs 2015: Everything you need to know