As we get closer and closer to the final few weeks of Dancing with the Stars, the competition is only getting hotter. Last night’s show was certainly one of the most entertaining and nail-biting of the series so far!

The theme for the weekend’s show was ‘Around the World’ which saw our celebrity couples perform dances inspired by locations all over the globe from Tokyo to Rio, to be in with a chance of making it into next week’s semi-final.

First to take to the floor was Ellen Keane who was joined by Ervinas Merfeldas instead of her usual partner, Stephen Vincent. They revealed that Stephen had tested positive for Covid-19 which left Ervinas with just one day to master the entire routine. Speaking about his incredible turnaround Ellen said; “It has been a mad 24 hours and Ervinas has done so much. He did such a good job.”

The pair paid tribute to Paralympian, Ellen’s gold medal win in Tokyo by performing a lift-filled samba to ‘Left My Heart in Tokyo’ which scored them a 26 from the judges.

Loraine said; “You have pulled this together in less than 24 hours…you both saved the day, you were both warriors. I loved this.”

Brian added; “I really really liked that, I thought you did it very well…you proved again this week Ellen that you are a real fighter.”

Next out was professional cyclist, Nicolas Roche who was unable to perform last week after testing positive for Covid-19. This was to be Nicolas and pro-dancer Karen Byrne’s last week on the show as they found themselves in the bottom two alongside Ellen Keane and were ultimately sent home by the judges.

On the night they performed a floaty foxtrot to Sinatra’s ‘I Love Paris’ which scored them a 21 from the judges.

Judge Brian shared; “You are improving so much across your top line and captured the character of what is an extremely difficult technical dance.”

Rugby 7’s star, Jordan Conroy was next to perform and was joined by Emily Barker this week who was filling in for Salome Chachua. The pair danced a lively charleston to The Bangles’ ‘Walk Like An Egyptian’ which scored them an impressive 29 from the judges.

After finding himself in the bottom two for the last two weeks the positive feedback from the judges was very welcome with Loraine saying; “It was truly a wonderful number.”

Arthur added; “Your dancing ability, your strength and commitment to this competition is flawless.”

Love Island star, Matthew MacNabb was the fourth celebrity to take to the floor with professional dancer Laura Nolan. They danced a sultry tango to Duran Duran’s ‘Rio’ which scored them a 23 from the judges.

Commenting on their performance Brian said; “You started with intensity, commitment to the movement… it’s just the face that’s missing at this stage, your body brought us on the journey.”

Head Judge Loraine added; “I like this Matthew, I felt you got yourself in the correct tango position.”

This week we saw Erica Cody reunited with her pro-dancer partner, Denys Samson after he was forced to pull out of the previous show due to testing positive for Covid-19. The pair danced an Italian themed cha-cha-cha to ‘Mambo Italiano’ which scored them top marks from the judges, with 10’s all round.

Commenting on their fantastic performance Brian said; “Denys, it’s great to have you back! Great rythm, great action. By far the best cha-cha we have seen this year.”

Last to perform on the night was jockey, Nina Carberry and her partner, Pasquale La Rocca. They danced an American Smooth to ‘A Foggy Day (in London Town)’ which scored them an impressive 29 from the judges.

Arthur added; “Nina, that was beautiful, like a feather flowing in front my eyes. The timing was super.”

Tune in next week for the semi-final! 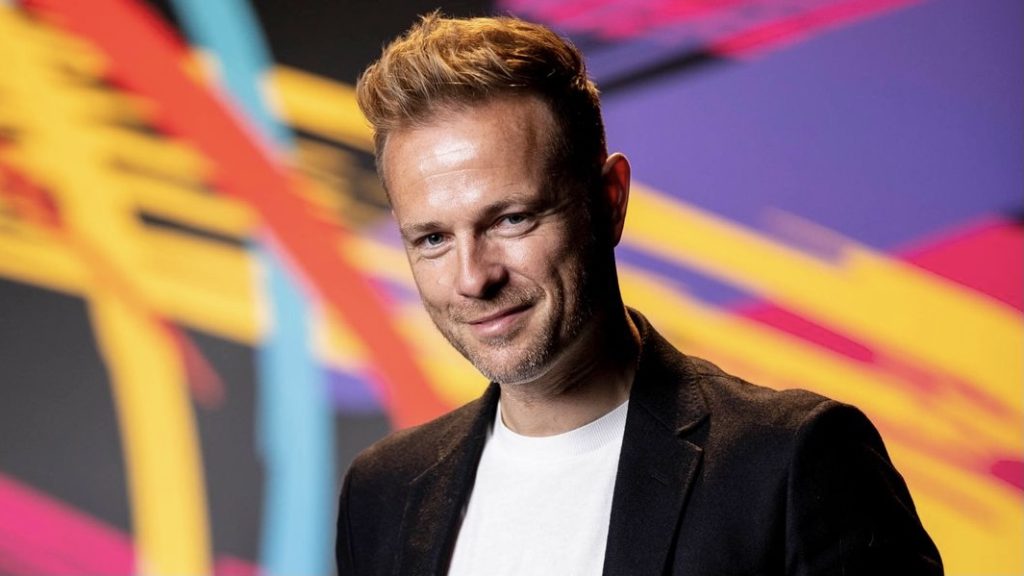